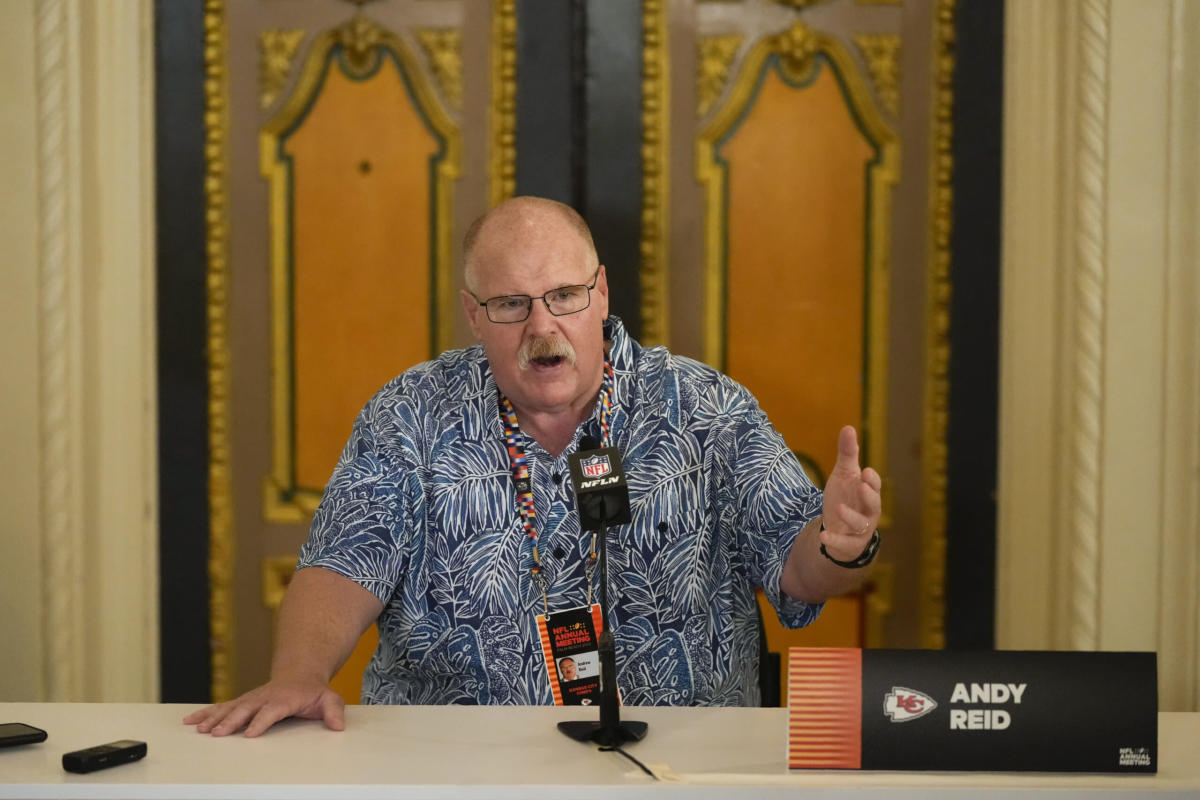 The NFL’s annual owners meeting will take place at The Breakers Resort in Palm Beach, Florida, over the next few days. Speaking to reporters before the festivities, Reid was asked how the team handled the Tyreek Hill contract situation that ultimately led to his being traded from Kansas City.

“You can handle it any way you want to handle it. We handled it like we did there,” Reid said, via Charean Williams of Pro Football Talk. “We felt that Tyreek deserved a chance. We were aggressive and after we got to a point, we just said, ‘Hey, listen, nowadays, you have issues that you have to deal with the cap,’ so we felt it was better to let him go ahead and be negotiated. You can go different ways. You can play hardball with a player and do that, or you can continue like I did. Or we did.

There was no love lost between Hill and the Chiefs. No irreconcilable breakup. It was simply a matter of doing what was best for both parties. Kansas City felt it had made a series of aggressive offers to keep Hill, but ultimately came to the conclusion that with salary-cap limitations it was not the right move for the team. Rather than try to play “tough” and force Hill to honor his contract, the team decided to sell high.

“Listen, the boundary never goes far from your thought process, because you’re always dealing with it,” Reid continued. “So (general manager) Brett (Veach) has to sit there and handle that with his guys and if you want to maintain consistency over the years, you have to be able to do that and still stay at a high level. So I love Tyreek Hill. There was no break between Tyreek Hill and myself. I thought he deserved a chance if that’s where he wanted to go. He is a family man with some children, and he must be able to support them now and in the future and this gives him the opportunity to do so. Put him somewhere where he has a home, and at the same time, he gave us great compensation.”

As for compensation, Reid believes it’s a big part of why the team will remain competitive. That will give the Chiefs a chance to continue building around Patrick Mahomes, both with draft capital and the $72.2 million in guaranteed money they won’t spend on Hill for the next four years.

“Obviously Patrick is a big part of that (the belief that the team can stay competitive),” Reid said. “You want to surround him with good players, but that is a difficult question, because we try to sign Tyreek at a certain cost. Once that happens, now you can see what we are doing here with the players that we brought in, and we feel that they are very good football players. So we’ll see. I mean the bottom line is going to be what happens during the season, but Brett is rebuilding this where we feel comfortable that we can win on Sundays.”

Catching up on the latest Chiefs pro day attendance