Chelsea club deal .. A close friend of Trump is the latest competitor 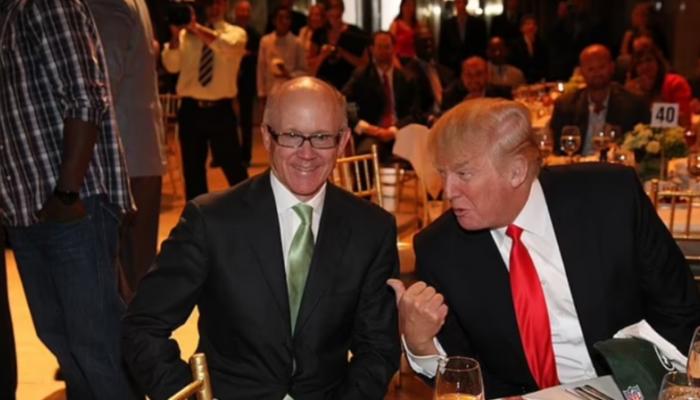 American billionaire Woody Johnson has announced his intention to buy Chelsea Football Club, which is now looking for a new owner following the sacking of its Russian owner Roman Abramovich.

Johnson is the heir to the famous American group “Johnson & Johnson” for the manufacture of drugs and medical products.

According to the Daily Mail, Johnson is a close friend of US President Donald Trump and served as the US ambassador to the UK during the outgoing Trump administration.

“What Chelsea needs at the moment is longevity and stability when it comes to new ownership. Woody and his team believe they can provide that,” a football source told The Sun.

“He has flown planes successfully and knows a lot about the sports industry. He has spent the last four years in London and knows the club very well.”

And the 74-year-old billionaire announced his offer to buy the London club for a value of two billion dollars, and seeks to finalize the operation before the end of this week.

According to other English newspapers, a preliminary search will be carried out on the background of the applicants to buy the London club before finalizing the operation to guarantee the cleanliness of their records.

The competent authorities also asked all those who applied to buy the club before the deadline to close the purchase door on Friday, to fill out forms about their reasons for buying with evidence of that.

Another show from a rich American.

At the same time, Chelsea FC received many offers during the last period, but the latest one came from the American investor Ken Griffin, founder of the Citadel Company, in cooperation with the American Ricketts family, which owns the Chicago Caps club, which competes in the Major League Baseball.

The Ricketts and Griffin family have formed an investment group, which plans to make an official offer to the London club next Friday.

The Ricketts family said they will lead the investment group that will present the offer, while the “Reuters” news agency said the offer does not include the Citadel company that Griffin heads, but that he is personally present.

“After managing a fantastic professional team for a long time, the Ricketts family and partners understand the importance of investing in success on the field, while respecting the traditions of the club, the fans and the community,” the family added in a statement. release. published by the BBC.

The Ricketts surname was not far from football, as Thomas Ricketts tried in 2018 to buy the Italian club AC Milan, but the negotiations did not prosper at the time.

The first misfortune was the freezing of all Roman Abramovich’s assets last Thursday, with the exception of the club, which was allowed to continue with “football-related activities”, but the European champion cannot function as an institution and is prohibited. sell matches. tickets or merchandise.

The second misfortune in which Abramovich was caught was not being able to sell the club, as Chelsea offered it for sale last week, but the freezing of his assets in Great Britain and the sanctions imposed on him stopped this process, according to the terms of the special agreement. license granted to the club, which has effectively become subject to the British government.

It should be noted that Abramovich bought the London club in 2003 for an estimated amount of 140 million pounds (182.5 million dollars), and thanks to his investments, the club achieved unprecedented achievements in its entire history during this period, since won the Premier League title. 5 times, the FA Cup 5 times and the European Champions League twice.

It is striking that the ‘Blues’ are champions of Europe and the world thanks to spending on players, and Abramovich has pumped more than 1.5 billion pounds ($2 billion) into Chelsea through loans that he said he will not ask to repay.