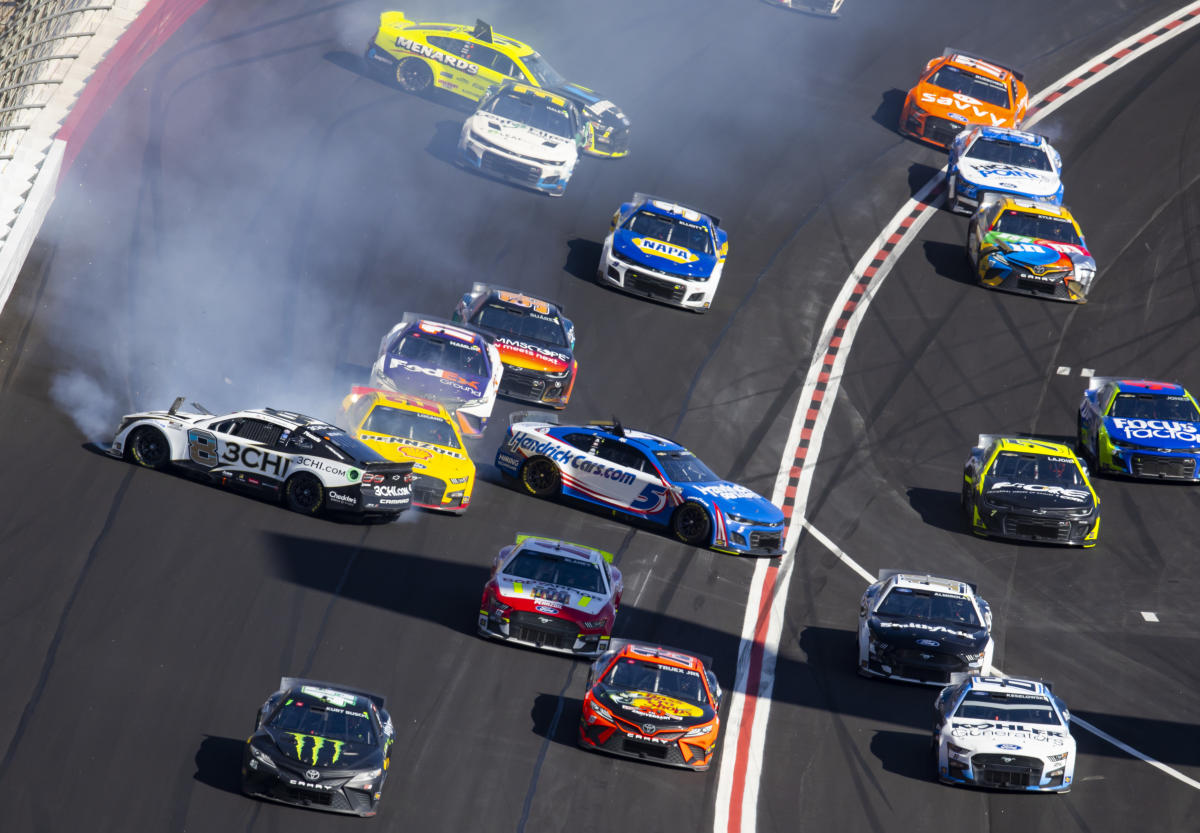 HAMPTON, Ga. — NASCAR wanted a show at the resurfaced and reconfigured Atlanta Motor Speedway. What resulted on Sunday was sprinting in all its frustrating glory, and after 500 miles, William Byron came home with the win just before the spinning chaos.

In an attempt to replicate the feel of superspeed on a mile-and-a-half track, Atlanta increased its bank from 24 to 28 degrees and narrowed the track on all sides, with turns narrowing from 55 to 40 feet wide.

The result: a very racetrack-style afternoon of pack racing, with a record number of lead changes. Another result: some very superspeed-style wrecks, mini-Grands that wiped out large swathes of the field.

NASCAR and Fox naturally loved the afternoon; on the Fox broadcast, Clint Bowyer sounded smitten enough to propose to Atlanta Motor Speedway. But there were elements of the race that deserve a closer look:

-Both Noah Gragson and Cody Ware took heavy hits, crashing almost head-on into the outer and inner walls, respectively. The spins at AMS on Sunday were a marked departure from previous races at the track, with the tight racing adding to the chaos.

-Tight corners meant passing was a priority further back in the pack; there simply wasn’t enough room to safely pass more than two wide.

-Pushing allowed drivers to get to the front of the pack, but just as easily sent them spinning into the field or back into the pack.

-Multiple Chevrolet drivers suffered right rear tire issues while in the lead. The problem was consistent enough that a Goodyear official addressed the media midway through the race, noting that all the problems were occurring with one manufacturer.

The Atlanta redesign came with enough hype and promise that NASCAR gave Atlanta a second round before it even happened. One of the largest crowds in recent Atlanta history watched the race, a departure from the meager crowds that had attended cold February dates in recent years.