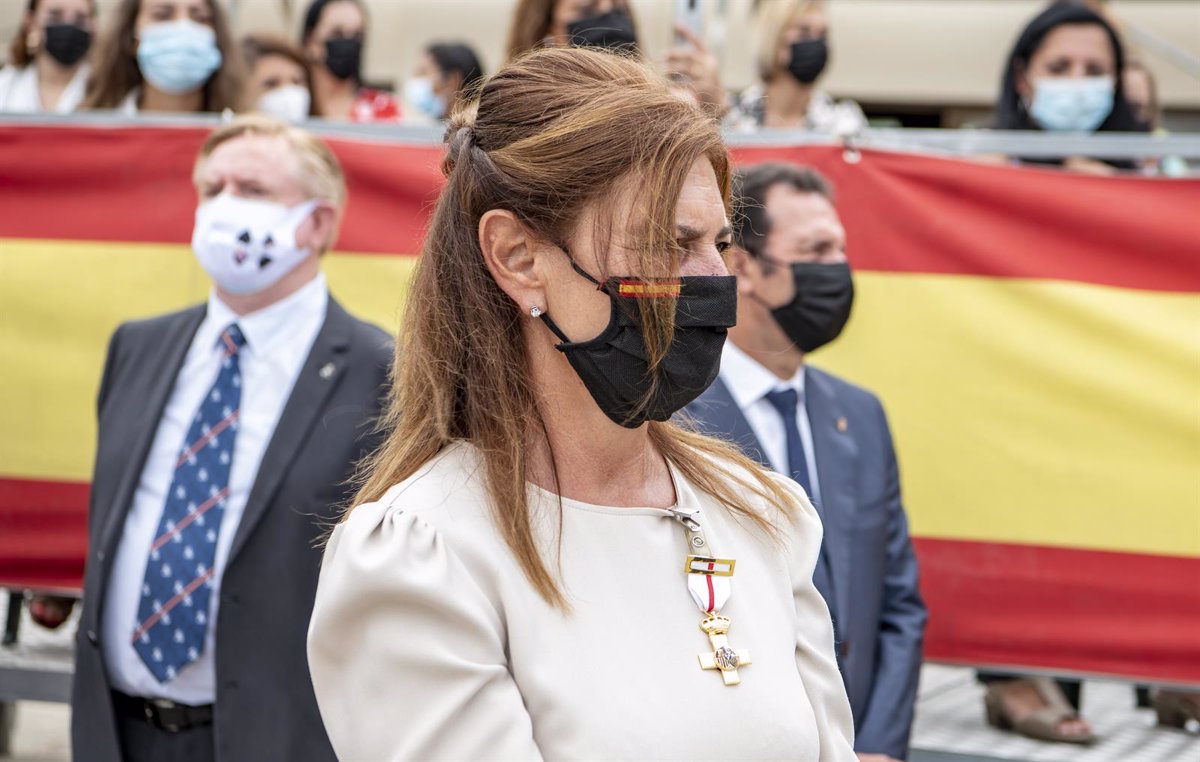 The First Vice-President and Advisor to the Presidency and Institutional Relations of the Government of Ceuta, Mabel Deu (PP), has resigned from continuing to manage the powers of minors after being asked to testify as an investigator into an alleged crime of continued subterfuge. as the government delegate in the autonomous city of Salvadora Mateos for the deportation of 55 unaccompanied young Moroccans to Morocco in August last year 2021.

The head of Ceuta’s Investigative Court No. 2 has allowed the handling of the complaint filed against both by the public prosecutor’s office in early June, which considers that “they have voluntarily and knowingly omitted the provisions of the law and the procedure established in the current legal system without.” to consider the concurrence of legal requirements that would permit this in a constitutional state”. Deu and Mateos are summoned to testify on September 1.

Immediately after the judicial decision became known, the Minister of the Presidency asked the President of the City, Juan Vivas (PP), that the jurisdiction over minors no longer depended on her, “to avoid a possible conflict of interest”.

In a statement, Vivas has announced that he “accepts” Deu’s request and that he will transfer the underage section to the Department of Social Services. In addition, he has reiterated his “absolute” support for his Vice President and her management, “particularly in responding to the humanitarian emergency caused by the critical episode of May 17 and 18, 2021, as well as in the decisions taken in the following months, always in the best interest of the minor and in a joint and coordinated manner with the General State Administration”.

The First Section of the Disputes and Administrative Chamber of the Supreme Court of Andalusia (TSJA), at the end of June, dismissed the appeals lodged by the government delegation and the Executive of Ceuta against the judgment of the Court No. 1 of Ceuta in February, which sanctioned the actions of the two administrations and ratified their “substance” in the sense that the expulsions were carried out “without the minimum necessary procedural guarantees”, thus “creating an objective situation of relevant danger to the physical integrity or morals of the minors affected by the return measures, which the appellants do not distort”.

“The actions of the defendant administration [la Delegación del Gobierno] made it impossible to monitor the traceability of the repatriation measures it applied,” concluded the TSJA, which understands the “sudden, massive and illegal” nature of the migratory avalanche in May that left behind some 1,200 Moroccan child migrants in Ceuta alone, ” with absolute authority authorized the Kingdom of Spain to excuse its submission to the rule of law”.

In June, prosecutors decided to file criminal charges against Mateos and Deu in line with the lawsuit filed by L’Escola AC International Association after acknowledging that by mutual consent, “not only were some of the mandatory procedures of the proceeding omitted, but… all, since there was no trace of the file needed”. According to the prosecutor’s office, “there are no records of the initiation of the proceedings, nor of the request for expert opinions on the minor’s family situation, the indictment phase, the hearing process, the evidence phase, not even that Resolution commitment the repatriation of minors [se elaboró un listado de 145] or Notice to the Public Prosecutor” required under the Immigration Act to proceed with a repatriation of a minor.

Previous articleProsecutors exonerated Esperanza Aguirre because she “didn’t know” about the corruption in her government and her party.
Next articleAnna-Maria Ferchichi: Federal President Frank-Walter Steinmeier is the godfather of his triplets