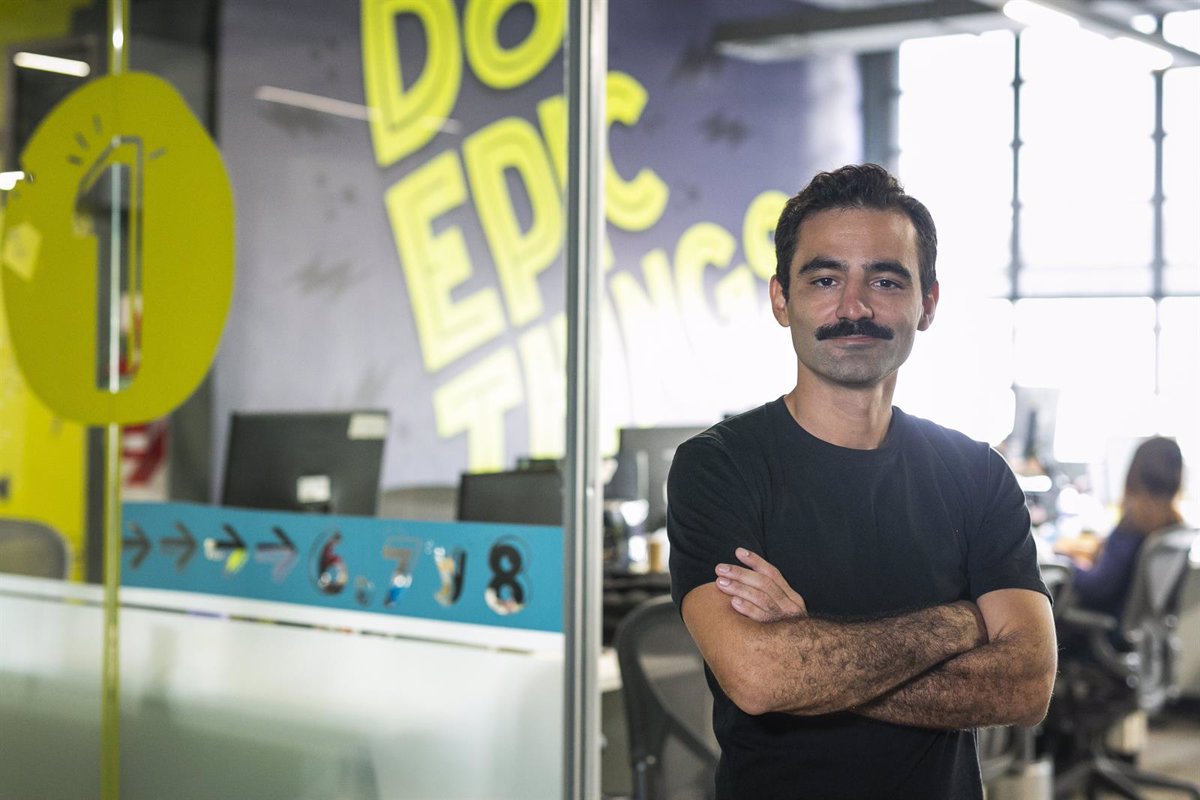 At the age of 22, Maximo Cavazzani created Apalabrados, one of the most popular smartphone games in history. but he told himself he didn’t want that to be the most important thing in his life. He then founded his company etermax and shortly thereafter Trivia Crack, which became another worldwide success and was crowned the most downloaded game in the United States in 2015.

“These are difficult milestones to overcome, but the world is changing and these new opportunities are motivating,” Cavazzani said in an interview with Europa Press. He is now 36 years old and speaks with the same passion about Web3 (an evolution of the current Internet based on “Blockchain” technology). This Argentine entrepreneur knows from experience that “The “gaming” and social part is usually the entry point to new technologies” and assumes that the metaverse will be no different.

“Now the metaverse is like visiting a construction site that is not yet habitable. We are the ones who come to decorate it and solve the problems to offer the user a good end experience,” adds Cavazzani, who highlights the growth of the company, which in just over a decade has gone from 40 to 500 staff has grown, and its potential to lead such “last mile” work in the Metaverse. “The virtual reality experience is still a bit bumpy, but we see the potential,” he adds.

The technology is already there and etermax has decided to use it The first place they will be is on Oculus, as they believe that it is “currently the most developed in the world”. The launch of new virtual reality devices at the end of 2022 “will allow us to go from 10 million devices to 1,000 million devices and will become a business for all content creators,” adds Cavazzani.

No one will buy a ping pong table

The CEO of etermax is convinced that we are close to the moment when “magic happens” and he doesn’t want to miss the boat: “Our place is that of content generation, that of the last mile, showing users and the world what the millions of dollars have been invested in. This is the platform where you will have new experiences.” In this sense, Cavazzani gives the experience of playing ping-pong in the Metaverse as an example: “It’s perfect. No one will buy a physical table after trying it.”

In this new context, etermax has started to map out the next five years and has identified four industries to work on: AdTech, to serve ads more efficiently; “Blockchain gaming”, creating games where NFTs (non-fungible tokens) allow users to own their rewards; virtual reality to create more immersive games; and interactive entertainment, deepening the social component.

When asked about the legal issues and controversies surrounding the introduction of the monetary component into the games themselves, which is implied in “blockchain gaming,” Cavazzani acknowledges that “when it comes to money, problems arise,” but adds exactly what you are looking for “Be a recognized, reputable voice that inspires trust and uses ‘blockchain’ as a help, not an excuse to make money.”

In that sense, it suggests that they want to use these tools “to enrich the game and enhance the player’s experience” and differ from “other initiatives from the traditional ‘blockchain’ world that have tried to get into ‘gaming’, and have done so wrong.” “‘Blockchain gaming’ comes about not only changing the characteristics of the elements of the game, but of the game itself. That users spread the investment and decide where the game should go. Decentralization of the current model“, Sentence.

THE FLIGHT OF TALENT AND THE EXPORT OF BITS

The pandemic has hit the company and the industry “like a storm”, not only because of the switch to teleworking for two years, but also because of the fight against the brain drain (in this case in Argentina, in competition with companies all over the world) . world who might find cheaper profiles working from home). “We fought back with our value-added offer,” says the etermax founder happily.

“If you start a business that attracts good talent, you end up producing disruptive products. Software is innovation. We only export parts. It has to do with the quality of graphic designers and programmers. If we manage to attract this talent, you will end up with good products And if opportunities arise, like doing an interactive series with Netflix or taking the first steps in the Metaverse, we can take advantage of them,” he adds.

The company, which focuses on “blockchain”, metaverse, gamification and adtech and fosters new “mobile gaming” projects and digital experiences, aims to continue to “foster new ways in which technology connects people, organizations and educates communities contributes”.

Now with the metaverse in his sights, Cavazzani is looking for the key that brought him to success with Aworded and Asked: “It has cost me a lot to start this company, but we have reached a time when there are smarter people than me wanting to make suggestions things that come from my imagination. We set ambitious goals that have to do with users’ dreams, how they imagine the future and what they want to see.”

- Advertisement -
Share
Facebook
Twitter
Pinterest
WhatsApp
Previous articleLucía Martínez: “Seriously, if we destroy the planet and the animals, can’t you think about the menu for ten minutes?”
Next articleThe Coast of the Giants: footprints in the Gulf of Cadiz confirm the coexistence of giant aurochs with other megafauna and Neanderthals