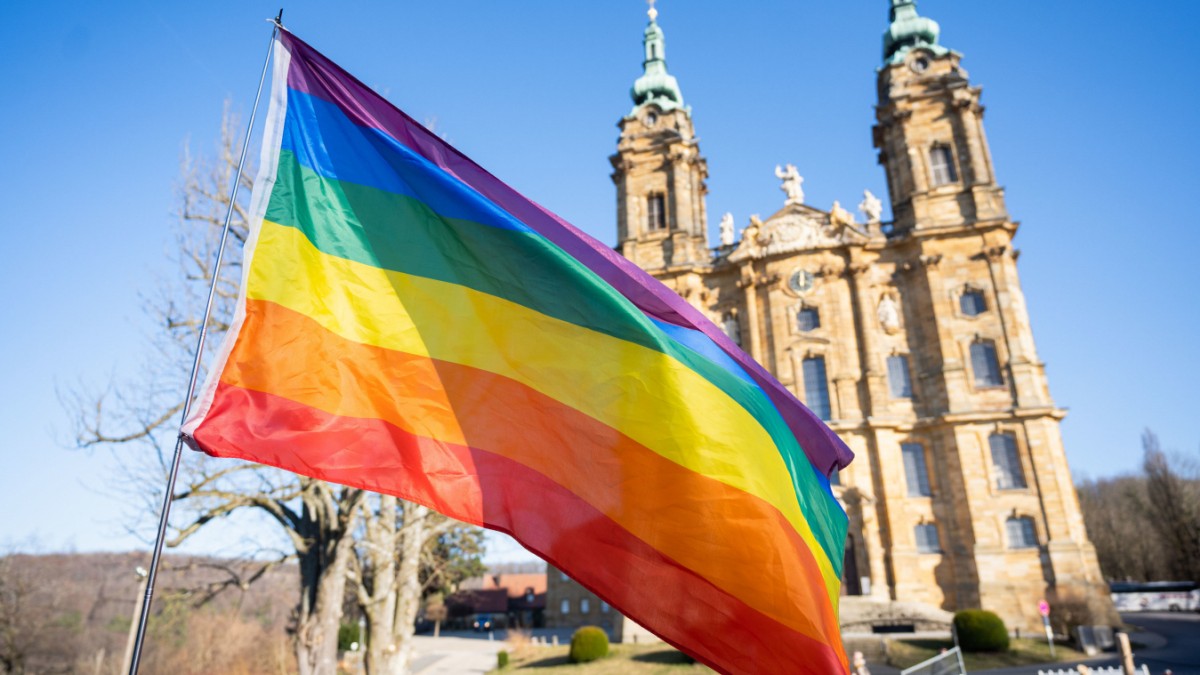 German Catholic bishops consider weapons deliveries to Ukraine to be justified. Even if the churches have always been critical of arms exports and continue to do so, the specific situation should not be ignored, they write in a joint statement approved Thursday. “Therefore, we consider that arms deliveries to Ukraine, which serve to ensure that the attacked country can exercise its right to self-defense, which is guaranteed by international law and also affirmed by the church’s peace ethic , they are fundamentally legitimate,” Bishop Georg Bätzing of Limburg, president of the Episcopal Conference, quoted from the statement. The war in Ukraine was the focus of the spring plenary meeting of the bishops at the Franconian pilgrimage site of Vierzehnheiligen.

“In its teaching and in its actions, the church is committed to the non-violence of Jesus,” the bishops’ statement continues. “Even in the hour of trouble, you must resolutely resist the temptation to use limitless force.” They consider the announcement by the federal government to invest an additional 100 billion euros in the Bundeswehr “fundamentally plausible”, but warn that other German contributions to world peace must not take a backseat.

The bishops describe all attempts to give religious legitimacy to the war as “completely unacceptable”. “Church representatives must be careful not to allow themselves to be determined by national loyalties in such a way that God’s will for peace takes a backseat.” They ask the Russian Orthodox Patriarch of Moscow, Cyril I, to distance himself from the war. Only on Wednesday, Cyril I defended the war of aggression against Ukraine and accused the West of “diabolical lies” with the aim of weakening Russia.

When asked why Pope Francis does not travel to Moscow, Bätzing said: “The Pope, as I know him, would go to Moscow immediately. Popes have wanted to travel to Moscow for more than 30 years.” But this is not what the Russian Orthodox Church wanted. However, he called it a good sign that Francis has sent two of his most important collaborators, Cardinals Krajewski and Czerny, to Ukraine.

Criticism from Scandinavia of planned reforms in the church

A second focus of the bishops’ deliberations was church reforms, as they are currently being discussed in the so-called synodal path between clergy and laity. According to Bätzing, one of the first demands of the synodal path must be implemented before the end of this year: the basic norms for the church employment law will be reformed so that, for example, the sexual orientation of a church employee is not ceases to be grounds for dismissal. It is about introducing a “new hermeneutics in the basic order,” said Bätzing. Instead of drawing attention to the individual way of life of an employee, it should be a question of whether they are willing to support the Catholic profile of the institution. “The trio used to be: Catholic carrier, Catholic employee, Catholic customer. That can no longer be our main concern,” said Bätzing.

At the same time, however, the process must be carried out carefully: at the next Permanent Council in June, the work meeting of the bishops, a new basic order could be discussed in first reading. “I cannot promise that we will be ready by then, but I believe that changes are possible this year”, said the president of the Episcopal Conference. On Wednesday, activists from the “Out in Church” campaign, which calls for an end to discrimination against queer people in the church, delivered six boxes containing more than 117,000 signatures to Bätzing.

In Rome, however, people are skeptical about the German reforms and especially about the synodal path, but not only there: on Wednesday night, the Catholic bishops of the Scandinavian countries sent an open letter to the German confreres. The Nordic bishops write that they are concerned about “the direction, methodology and content” of the reform debate. It must dwell on those topics “which contain immutable parts of the Church’s teaching.” This also applies to questions about the way of life of priests, the position of women and sexuality. True ecclesiastical reforms consist of “defending Catholic doctrine founded on divine revelation and authentic tradition.” It is not about “following the spirit of the times”.