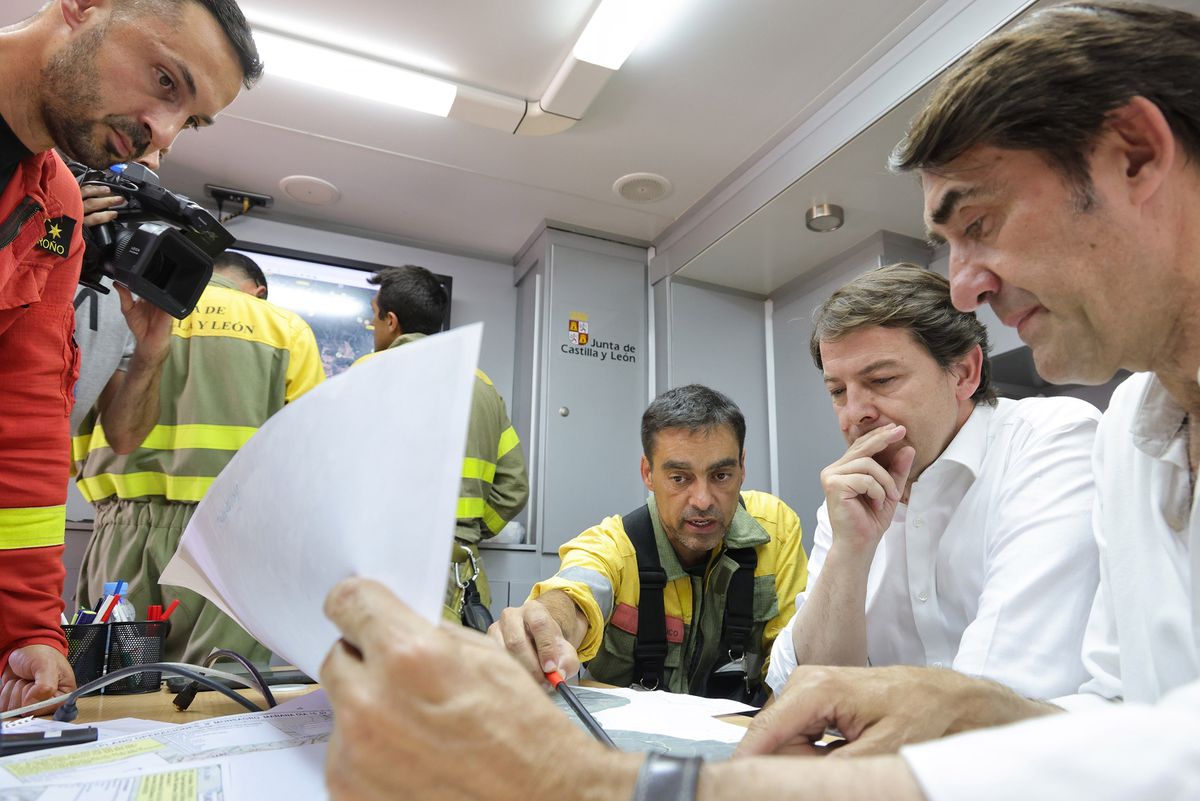 The Environment Minister of Castilla y León, Juan Carlos Suárez-Quiñones (PP), has considered “the new fads of extreme environmental protection” as one of the “elements to work on” for fire management. This autonomous community is suffering from several catastrophic fires this summer, with Zamora being the province hardest hit by the blazes. And those fronts have drawn sharp criticism of the board’s administration, both from residents in the burned areas and from regional firefighters who denounce the precariousness. The consultant admitted this in one Monday Interview on Cadena SERthat administrations must “increase capacity and respond more comprehensively as possible” to phenomena he attributes to “climate impacts,” without mentioning climate change, in line with his government partner, the extreme right of Vox.

The blazes, which have devastated more than 60,000 hectares in Zamora and claimed two lives from separate fires between June and July, are being fueled by extreme heat, drought and uncontrolled winds. “The nature of the territory has changed, the new fashions of environmental protection with rivers … Extreme environmental protection is not the cause, but it is one of the elements to work on: we are all responsible for the care of the forests”, he justified Suárez-Quiñones as a possible cause of the fires. “Certain extreme environmental protection positions make action in the mountains difficult, and cleaning them up is one of the factors that combine to prevent the forests from getting better,” he stressed. This Monday afternoon, the adviser will go to the Cortes of Castilla y León to make official statements on how the fires are being handled.

“Certain positions of extreme environmentalism make it difficult to act and clean up the mountains. This is one of the factors that add up to prevent better forest health.” pic.twitter.com/66KbhQbmBp

“We are facing a new reality of fires,” said Suárez-Quiñones, who has pointed out that “the causes are complex” and that more resources must be deployed to address them: “The resources are finite and whenever they are.” Giving more means will do better.” The head of the Environment Agency announced this week that the board will hire the 900 staff he has recruited into his firefighting services throughout the year, which will intensify over the summer and the remaining months remain with a minimum deployment.This measure clashes with what he claimed in 2018 when he argued that having the brigades available year-round, something they are demanding to perform preventive functions and better conditions and, is “absurd”. To have training to combat the outbreaks in the months of heat.

The Environment Ministry has reported that the night’s conditions have allowed good progress to be made in extinguishing the still active fires in the area. The fire that is currently in a more positive state is that in San Juan de la Nava (Ávila), which is being extinguished. This Sunday a fire broke out in Quintanilla del Coco (Burgos), forcing the evacuation of five towns and spreading to the town of Santo Domingo de Silos, a place of great cultural and historical value that ultimately did not suffer significant damage, although In In this area there are residents who have affected their pastures or farms or livestock holdings. The air means will try to avoid new reproductions once they have managed to stabilize them.

In Zamora, another fire was recorded this Sunday in Vegalatrave, an area very close to Losacio, where more than 30,000 hectares have been burned this week. This new focus prompted the evacuation of six communities and is currently “without flames on the front and flanks”.

Previous articleHide.me VPN: Two years of VPN protection for just €2.49 per month
Next articleChaos in airports: what rights do travelers have?