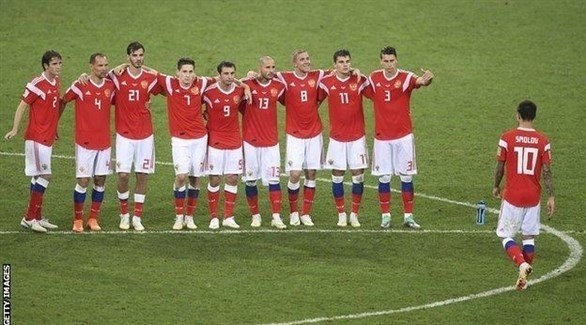 Today, Friday, the Court of Arbitration for Sport (CAS) rejected the appeal of the Russian Football Federation against FIFA’s ban on participating in international competitions due to the invasion of Ukraine by its country.

This decision, which comes three days after a similar decision on the exclusion of Russia from European “UEFA” competitions, does not prejudge the future ruling of the Sports Court on the matter of the dispute, which was not expected for several weeks at least. . .

The Lausanne-based court said in a press release: “The arbitration proceedings are continuing. A committee of arbitrators is currently being formed and the parties exchange notes in writing. A hearing date has not yet been set.”

But the denial of the Russian appeal deprives his country of its chances of competing for a qualifying ticket for the World Cup scheduled for November 21 to December 18 next.

Russia, who reached the quarterfinals of the last World Cup on their soil, will face Poland in the semifinals of the second court of the European Championship on March 24 in Moscow.

But the International Federation, by excluding Russia from international competitions, gave Poland the ticket to qualify for the final of the continental playoff scheduled for the current day 29, where the winner of the second semifinal between Sweden and the Czech Republic awaits. .