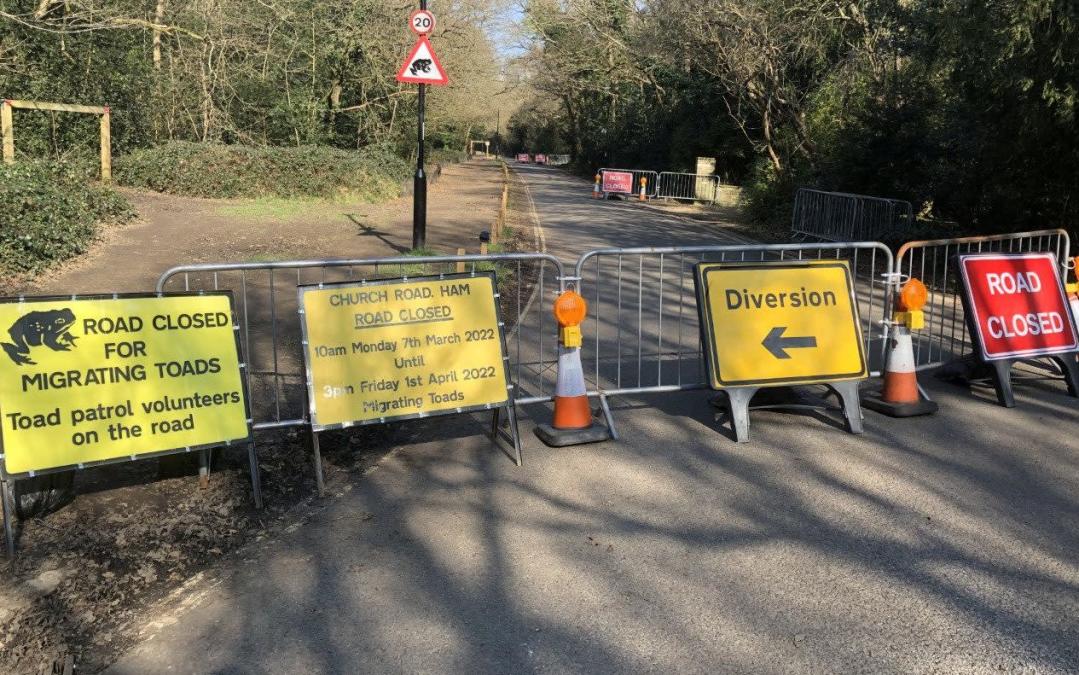 Drivers, beware of the wrath of the toads: the locals of a town have closed a road for three weeks to protect amphibians who wish to cross.

A 400-meter section of Church Road in Ham, south-west London, is blocked to motorists until April to protect the animals on their annual migration from hibernation to breeding ponds.

To enforce the car ban, the road is manned by a volunteer-led “toad patrol”, who police the stretch of road.

Richmond City Council began closing the street in 2010 after locals claimed the creatures were being killed on their annual migration from hibernation to the ponds where they breed. This year, the highway, which runs through a nature reserve towards Richmond Park, has been closed since March 7 and will reopen on April 1.

The scheme is popular with many area residents, who describe the scheme as “very British”, despite some saying they have not seen any toads using the route.

“Only in England would a path be closed for the toads to cross,” added Chris Cann, 67, a retired accountant from Twickenham, southwest London.

“I have never seen the toads, but I have seen the volunteers.”

The seriousness of the scheme and the road signs warning drivers of the toad patrol guarding the road have become a source of amusement for people in the area, who were seen taking pictures of the sign.

”I just took a picture of the sign because it’s pretty funny and I’m going to share it with my friends,” said IT worker Scott Harris, 47, of nearby Kingston.

Others described the scheme as “first world problems”. “We are lucky to be in a first world country where we can worry about toads,” said Liz Workman, 62, from Chiswick, southwest London.

Charity Froglife, which recruits volunteers for the project, says that while many routes in Britain try to help migratory amphibians, Church Road is one of the few that is completely closed to traffic.