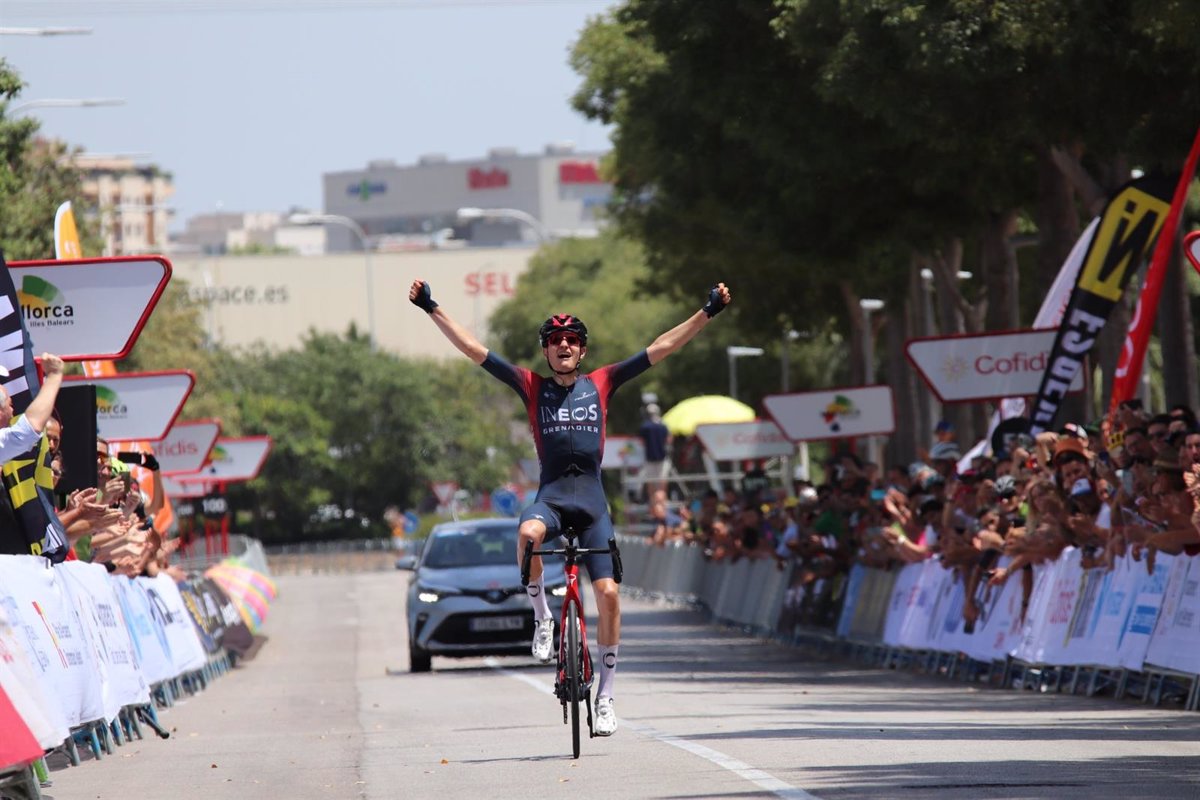 Andalusian cyclist Carlos Rodríguez (INEOS Grenadiers) has been named Spanish Inline Cycling Champion after demonstrating his dominance over 186km in this Sunday’s test between Cala Millor and Palma de Mallorca, also co-driven by Juan Ayuso (UAE Emirates) ran for gold despite giving up in the final section.

The 21-year-old from Almuñecar took the win after ending an attack with 15km to go on the final of the four climbs to the Coll de Sa Creu. So Rodríguez dropped Ayuso, the other favorite of the day, after the six kilometers climb and crown alone.

“It’s something incredible, I’ve fought in lower categories and it hasn’t been possible until now. To make it into the elite category, to wear my country’s flag jersey for a whole year, is something very special be very beautiful,” said the man from Granada after becoming Spanish champion.

As in Itzulia’s fifth stage, Carlos Rodríguez’s attack was crucial to win alone. This time Álex Aranburu (Movistar) and Jesús Herrada (Cofidis) unsuccessfully chased down the INEOS runner, who reached the finish line with a margin of 51 seconds, enough time to enjoy the win and take on his teammate Omar Fraile, who won the title last year.

Herrada won the special match for silver while Aranburu finished on the podium. From behind, Ayuso had to settle for fourth place won in the sprint, leading the chasing group that formed two minutes behind the winner.

In the U-23 category, Basque Joseba López was crowned Spanish champion on Saturday afternoon after beating Andalusian José Marín in the sprint, with whom he led after the second climb to the Coll de Sa Creu. Abel Baldestone completed the podium by defeating Enekoitz Azparren heads-up.

- Advertisement -
Share
Facebook
Twitter
Pinterest
WhatsApp
Previous articlePress associations in Peru have criticized the draft law, which criminalizes the dissemination of tax information
Next articleMatallanas: “Tebas intends to intoxicate the media to intimidate the authorities”