Carlos Latre (“A Samurai Hero”): “Animation knows that adults have to like it too” 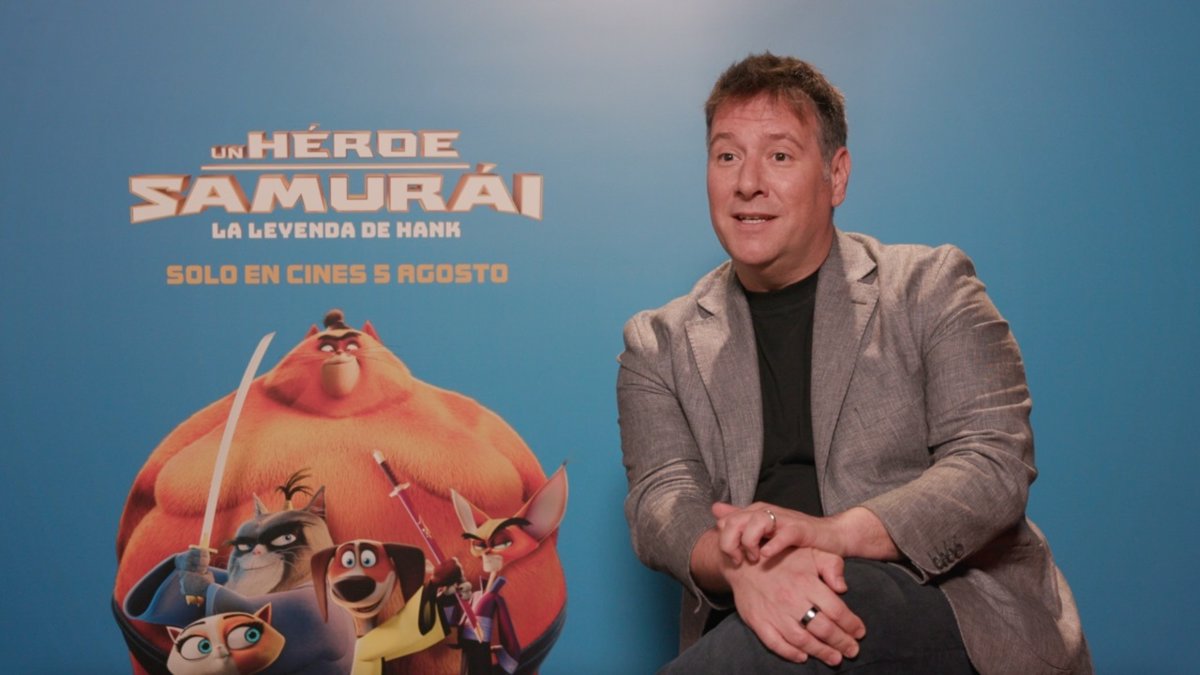 Karl later back to dubbing with “A Samurai Hero: The Legend of Hank”the new film from acclaimed director Rob Minkoff, director of titles like The Lion King, ‘Stuart Little’ or ‘The Adventures of Peabody and Sherman’, along with Markus Koetsier Y Chris Bailey. The film, which hits theaters August 5, pays homage to the cinema classic with a family adventure story. “That Animation cinema realizes that not only children have to like it, but also the adults who accompany it“Defends the actor and comedian.

International production between the United Kingdom, United States and China, A Samurai Hero tells a story set in feudal Japan, turned into a land ruled by cats. Ika Chu, a high-ranking official, aspires to succeed the shogun and even wants to further expand his gigantic palace. Therefore, he decides to destroy the village of Kakamucho, an impoverished town near his domain. The feature film shows it given its mesmerizing characterdecides to send a dog, Hank, as the Shire’s new samuraialthough dogs are prohibited in the area.

For Latre, it’s his return to voice acting, having not returned to the lectern since 2018, when he voiced three characters from the animated film Bikes, directed by Manuel J. García. “For me, dubbing is a bit like being at home, it’s this universe that I always love to return to. Of course you are very dependent on being called, that’s true. It’s a very different discipline from the others I do,” he explains in an interview with Europa Press.

“When you dub a film, you feel like you’re stepping into a bubble because you’re alone with the film and its character, with the director, the technician and the people from the production company. That’s a very nice professional bond.” created. then It’s a completely different job than I usually do, although it also has to do with the voice, with the diction, with the technique. It’s something that stays forever, you can even appreciate your vocal development. It’s a world I love,” he continues.

“Villains are much more nuanced”

Latre lends him his voice Ika Chu, the scheming officer and antagonist of the feature film. Originally voiced by Ricky Gervais, the actor and comedian was challenged to portray the film’s main villain, something he had previously done in the aforementioned Bikes and El Cid: The Legend.

“The villains are much more nuanced. Ika Chu has millions of inflections. Suddenly he is bombastic, pompous, haughty, but suddenly he becomes cowardly and fragile. It’s a cat, but it’s acting a bit like a rat. He’s very evil and theatrical, but he has a stuffed cat top. It has many roads and exits‘ he debunks, emphasizing that the antagonists are ‘the opposite’ of him. “I have a rather good-natured image and a bit of a dog, it was very interesting going into the cat world,” he adds.

“A Samurai Hero: The Legend of Hank” is inspired by a 1974 western that was also a satirical comedy, Hot Saddles, directed and written by Mel Brooks, who also contributed to the film’s original English voice-over and screenplay. “He’s involved a lot in this version, he’s a teacher and it was great to be able to bring him back to one of the characters. The film has a lot of classic homages and also a more mature cinema, I think the audience will be surprised,” he says.

Both because of that side of snarky humor and because of his animation style, Latre defends that A Samurai Hero is a proposal that transcends its intended audience. “Without forgetting that children are still the main spectators, I think that animated cinema also thinks about the adult who has to accompany them and that’s why it has to offer something more‘ Latre emphasizes.

Previous articleLinda Evangelista’s aesthetic odyssey ends: the model ends the process because of the deformation caused by the liposculpture
Next articleWeather conditions: heat in the east, thunderstorms in the west