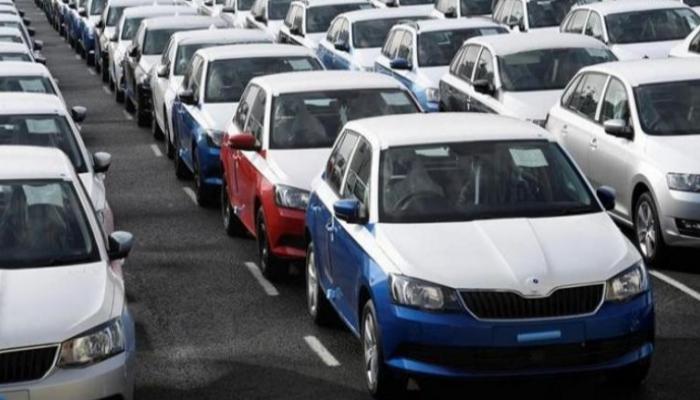 A state of turmoil hit the car market in Egypt after the Central Bank’s decision to raise interest rates and correct the price of the pound against the dollar.

The decisions taken on March 21, which caused a rise in the dollar of more than 15%, caused a strong shake in the automotive market, after dealers raised the prices of many models.

After 5 days of increases caused by the decisions of the Central Bank, the prices of cars stabilized today, Saturday, March 26, 2022 in the Egyptian market.

The companies of some types of cars announced the price increase, according to the movements in the price of the dollar and several other currencies against the Egyptian pound, in addition to the recent decisions issued by the Central Bank regarding the increase in the interest rate. interest. by 1%, prompting car companies and dealers to send out net letters informing dealers of the new prices.

Osama Abul-Majd, director of the Automobile Dealers Association, said any customer who booked a car at a showroom before deciding to raise the interest rate and raise the customs dollar would get it at the same agreed price.

Alaa Al-Sabaa, a member of the Board of Directors of the Automotive Division, explained in press releases that some companies have stopped selling cars in order to be able to sell them at the new prices, highlighting that the increase in cars is imposed by the parent companies. and should be added to the prices.

For his part, engineer Samir Allam, Head of the Transportation Division of the Federation of Industries, said that the rise in the price of the dollar will affect the automotive market and all markets, adding that the increase does not depend on the price of the single the car, but its price, the shipping cost and the customs dollar, all these will be increases within the market.

Allam explained, in statements to local media, that the increase in the car market will be from 10% to 20%, and as for the purchase movement within the market, cars are heavy commodities, and we cannot judge their purchasing power after of the increase now.

While Maj. Gen. Hussein Mustafa, an expert and former CEO of the Automobile Manufacturers Association, said rising dollar prices will not significantly affect cars exempted from customs, whether under the European or Turkish association agreement.

The Egyptian market is rich in dozens of cars of European and Turkish origin, which enjoy total exemption from customs duties, in application of the free trade agreement between Egypt, the European Union and Turkey.

According to local media, Mustafa added that the increase that will affect imported cars, whether they are exempt from customs or treated according to customs schedules, will be due to the high cost of taxes and fees resulting from the rise in their prices. the dollar.

He added that the Egyptian State confirmed, through the head of the Customs Authority, Shahat Ghaturi, that it decided to set the price of the customs dollar at 16 pounds until the end of next April, which would limit the impact of the rise in the dollar. prices.

He stressed that the increase in customs dollar prices will not affect the prices of zero cars much, given that their old price was recorded at approximately 15.64, while their new price until the end of April will be 16 pounds, which means that the increase is very slight and exaggerated noise will not occur.

He pointed out that the large increases approved by the agents of some brands in the local market, which reached Monday, March 21, 2022, amounted to 15% in the prices of some models, the product of a misinterpretation by some agents who thought that customs duty prices would increase on cars.

He added that the announced increases amounted to 50,000 pounds at prices of some illogical and not fully understood models, stressing that the real increase should range between 4 to 5% at most.

The former CEO of car manufacturers predicted that the Egyptian car market would witness a strong contraction that adds to the current crisis that we are experiencing due to the lack of supply, the increase in demand for cars in the Egyptian market, the lack of chips and negative expectations of the impact of the Russo-Ukrainian war on world car production.

He stressed that the fall in prices and the total elimination of the overpricing phenomenon will not occur until there is a balance between supply and demand and the availability of adequate quantities for purchase orders, stressing that this crisis will last until the end of this year.