Car prices in Egypt… a crazy increase after the dollar shock 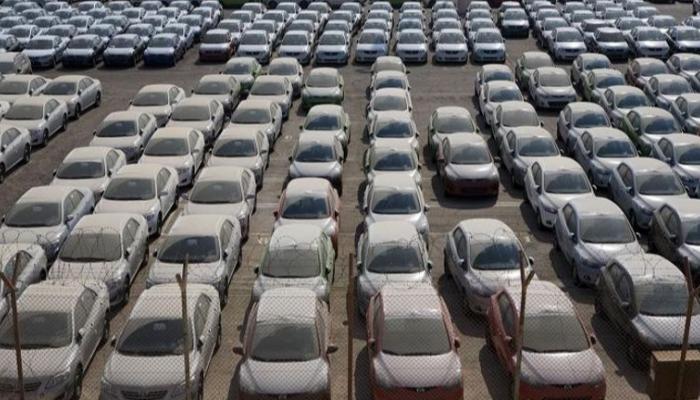 The Egyptian car market will enter a difficult stage in the coming days, following the decision of the Central Bank to raise interest rates, and the appreciation of the dollar against the Egyptian pound.

It took a few hours for the price of some cars to rise, after the Central Bank decided on Monday to raise interest rates, and the Egyptian pound or the dollar fell.

In an extraordinary meeting today, the Central Bank of Egypt set the overnight lending rate at 10.25% and the overnight deposit rate at 9.25%, in reference to global inflationary pressures exacerbated by the war. in Ukraine.

The value of the Egyptian pound fell more than 14% after weeks of pressure on the currency, with the Egyptian currency trading at 18.25 pounds against the dollar at 12:30 GMT at the National Bank of Egypt, the largest government bank. big, the first movement of the pound in almost 5 years.

Experts in the Egyptian automobile sector expect prices to rise in large proportions, after the rise in the dollar, in a market that is mainly accused of raising prices, which was confirmed by the engineer Mohamed Sheta, a specialist in automobile economics, in television statements in early March, saying: “Car prices in Egypt are exaggerated” and sometimes up to 20 times world prices.

Where the Egyptian car market is witnessing a strange phenomenon known as the “markup” phenomenon, which is an increase of between 5 and 40 thousand pounds that is imposed by showroom owners and car dealers from time to time in some models that are experiencing high demand. .

The prices of automobiles in Egypt are affected by several factors, among which the price of the dollar, the decision of the Central Bank of Egypt regarding documentary credits, the new controls approved by the government for the importation of automobiles, as well as of new factors related to the war between Russia and Ukraine, and the chip shortage crisis caused by the Corona pandemic, in addition to the lack of supply of cars.

The strange thing is that some dealers raised the prices of some cars after the decision of the Central Bank of Egypt to raise interest rates. More on that in the coming days.

According to various estimates of specialized local media, increases in car prices will exceed 15%, which will greatly affect sales and the market could experience a state of stagnation.

The car market in Egypt is affected by the rise in the price of the dollar, since it is imported entirely, or is assembled locally, and essential parts are imported.

And on Monday, the Ministry of Finance announced the exchange rates against the pound, which will be applied at the different ports of entry for cars, and the customs dollar registered 18.28 pounds, since this price will be applied to cars incoming ships and ports as of Tuesday, March 22, 2022, according to the “government” daily Al-Ahram.

According to local media, Alaa Al-Sabaa, a member of the Automobile Division of the Federation of Chambers of Commerce, expected that the increase in car prices in Egypt would be compatible with the increase in the value of the dollar, noting that the prices that they would arrive at the port in a few days and would be treated at the new exchange rates.

But he sent a message of reassurance, saying the auto sector will stabilize in the third quarter of 2022, after the market absorbs the shock of the surge and stability in exchange rates.

A different point of view was revealed by Ing. Raafat Masroujeh, expert and honorary chairman of the Automotive Market Information Council, that the market will be affected for a period of two months after the price hike, but will return to normal. and sales will resume again. , highlighting that the automotive market has not reached a state of saturation estimated to sell one million cars, which will contribute to a rapid return to sales, especially since the annual average number of cars sold does not exceed 350 thousand cars.

According to a report issued by the Automotive Market Information Council (AMIC), car sales in Egypt increased by 25.7% in 2021 to some 290,846 thousand cars.

The Chevrolet brand managed to achieve the highest percentage of sales in the Egyptian market with a total of 51.3 cars during 2021, while Nissan came in second, with sales of 26.7 thousand cars, and Toyota came in third with sales total of 26.2 thousand cars.