Canada prohibits soldiers from enlisting in the International Ukrainian Legion 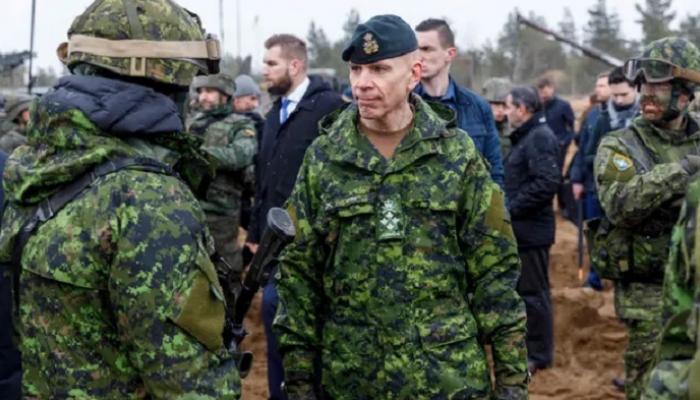 Canada has banned its soldiers from enlisting in the “International Legion” in Ukraine, amid growing fears that captured soldiers could be used as a Russian propaganda tool.

The Canadian orders, which also apply to soldiers on furlough, came after Ukrainian President Volodymyr Zelensky called for foreign volunteers to defend his country against the Russian war.

Thousands are believed to have heeded the call, including enough Canadians to form a special battalion known as the “Canadian-Ukrainian Brigade.”

While some Canadian veterans used their skills in humanitarian work in Ukraine, others took up arms to fight Russia.

General Allen said the only Canadian soldiers allowed to enter Ukraine were those who had the formal approval of Wayne Air’s Chief of Defense Staff.

Canada had previously sent 250 military trainers to Ukraine, who were transferred to Poland before the start of the Russian war, to train Ukrainian forces.

Canadian officials have long made it clear they discourage travel to the region, but Foreign Minister Melanie Jolie has previously said she sympathizes with Ukrainian Canadians willing to defend the country.

The largest Ukrainian community outside of Russia lives in Canada.

“We understand that people of Ukrainian descent want to support their Ukrainian comrades and also want to defend their homeland, and from this point of view, this is an individual decision,” Jolie said in early March.

“Let me be clear: we all support any form of support for the Ukrainians at this time,” he added.

Most of this Canadian support has been humanitarian, in addition to arms shipments, and Canada has also offered to accept an “unlimited” number of Ukrainians seeking temporary asylum.

Allen told lawmakers the captured Canadians could become a propaganda tool for Moscow as the Kremlin seeks to wage its own information war amid heavy battlefield losses.