Canada is looking forward to the World Cup from the gates of Costa Rica. Mexico awaits the United States team 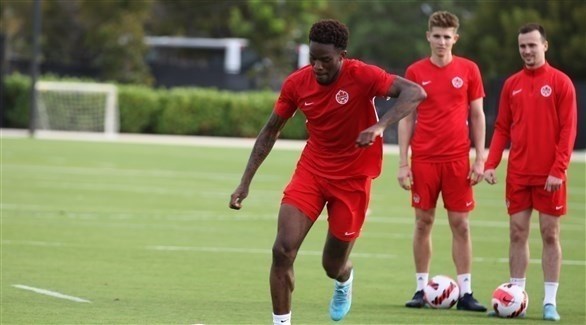 Although the Canadian soccer team can reserve its qualification for the 2022 World Cup tomorrow, Thursday, by defeating its Costa Rican host, the highly anticipated match between the Mexican and American teams is the one that attracts the most attention of all the matches on the 12th day of the CONCACAF qualifiers. (North and Central America and the Caribbean).

The national teams of Mexico and the United States will face each other tomorrow in this round of the final stage of the CONCACAF qualifiers for the 2022 World Cup, while the Jamaican national team will open tomorrow the matches of this round against their counterpart from El Salvador, and Panama will play against Honduras and the Canadian team will be invited from Costa Rica.

The Canadian team leads the standings with 25 points in 11 games played so far in this stage, while the United States and Mexico are in second and third place, respectively, with 21 points each, and Panama is fourth with 17. points, compared to 16 points for Costa Rica in fifth place.

The fight was limited to the three direct qualifying tickets between these five teams before the last three days of the qualifying rounds, while the Salvadoran team (9 points) can compete only for fourth place in the qualifying table, whose owner qualifies to a playoff against the champion of the qualifiers in the Oceania Union.

Jamaica (7 points) and Honduras (3 points) were officially eliminated from the qualifiers after losing the opportunity to compete for one of the direct qualifying tickets, as well as fourth place and the international playoffs.

With the prospect of drastically changing the scene during the remaining three rounds of the qualifiers, excitement overwhelms these rounds, especially with the simmering fight for fourth place in light of the level difference with the teams nominated to win the qualifiers. OFC.

The Canadian team is looking forward to qualifying early and securing a return to the final after a 36-year absence from the World Cup, since participating in the 1986 edition in Mexico.

But the team’s task will not be easy tomorrow against their Costa Rican host, who also aspires to win and enhance their chances of competing for one of the direct qualifying tickets, or at least for the fourth place occupied by the Panamanian team.

During their 11 games in the final phase of the qualifiers so far, the Canadian team has not lost a game, but won in seven games and drew in four.

The team, led by coach John Herdman and stars like Alfonso Davies, confirmed their dominance this time around in CONCACAF qualifying and the team’s ability to return to the World Championship, where the team need only win any of their three remaining matches in the qualifiers.

On the other hand, the old “Azteca” stadium in the Mexican capital, Mexico City, will witness the most powerful and important confrontation of this round of qualifiers, where the Mexican and American teams will meet in the “Clásico” of these qualifiers.

Not only will pride be the goal for both teams in this great matchup between the two most successful CONCACAF teams to have reached the World Cup final, but the winner of them will secure a big step towards qualifying for the World Cup.

The Mexican team is missing in this confrontation the effort of its great star Andrés Guardado, as well as the effort of the American players Sergio Dest, Barcelona defender, and the injured Salzburg striker Brendan Aaronson.

The Panamanian team surprised and managed to successfully reach the 2018 World Cup in Russia, and now the team is looking to take advantage of the experience of players like Román Torres and Michel Murillo to qualify for the second World Cup in a row.

It also appears that victory over Jamaica tomorrow is the only way for El Salvador to stay in contention for fourth place, with hopes of entering the international playoff against the qualifying champions of Oceania.