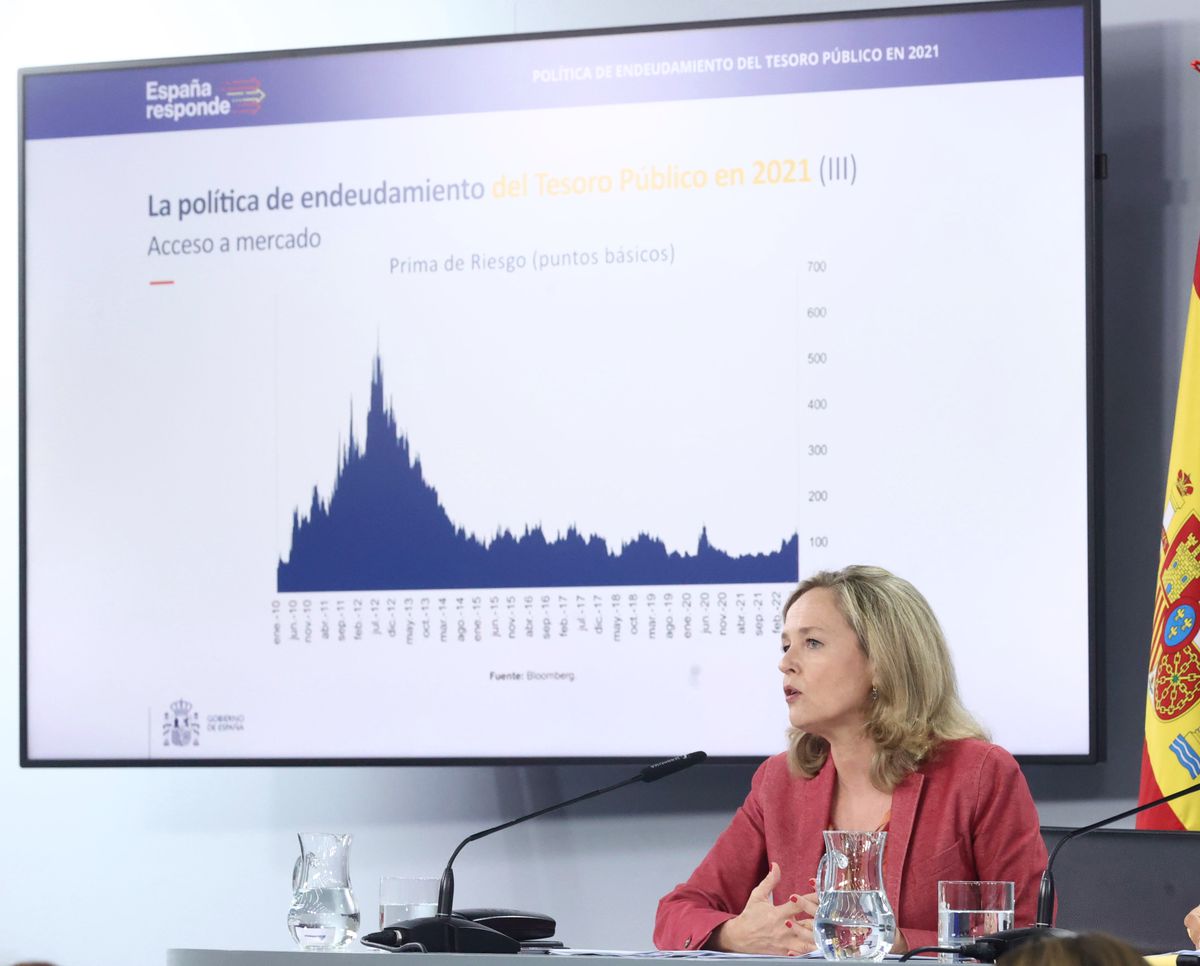 The first vice-president of the government, Nadia Calviño, ruled out the possibility of a recession in Spain this Tuesday, despite the economic impact of the war in Ukraine and rising prices. “It is clear that we are in a moment of great uncertainty, that the news about the evolution and the impact of the war is not positive, but Spain continues its strong growth,” assured the Minister of the Economy and Digital Transformation, also after the Meeting of the Council of Ministers this Tuesday in Madrid.

Calviño has pointed out that “all organizations” foresee this strong growth in the Spanish economy this year, with an increase in gross domestic product (GDP) of over 4%. In this sense, the first vice-president stressed the latest data on social security membership, which became known this Monday, as well as data on investments or the balance of payments result.

Despite this, the minister acknowledged the progressive deterioration of the conditions for the growth of the Spanish economy. As she recalls, she herself has warned in recent weeks that cuts in Russian gas and oil supplies, which have led to exponential price increases in international gas markets, are “not good news” for Spain.

This negative geopolitical context has prompted the same organizations that Calviño developed to downgrade economic growth forecasts for this year and next. And at the same time, it has fueled inflation in both Europe and the rest of the world.

The first vice president has appeared after the weekly executive branch meeting to present the annual public finance debt policy report for 2021. As she pointed out, the average maturity of the Spanish government debt portfolio has been extended by more than 8 years. This means that in 2022, with higher interest rates, only 15% of the total amount will have to be refinanced.

According to the data provided by Calviño, the Treasury has already implemented 61% of the medium and long-term debt issuance program. And that has followed the downward path of costs, at an average rate of 1.59%, below where it was at the end of 2021. Despite the “slight increase” in risk premiums as a result of the war in Ukraine and the announcement by the European Central Bank that it will halt debt-buying programs and raise official interest rates, the economist underlines the interest of international investors in continuing to buy Spanish government bonds.

“Despite the current uncertainty due to the war, inflation or the normalization of monetary policy, the truth is that the Spanish economy maintains strong growth and we take advantage of this, together with the evolution of employment, to make progress in fiscal consolidation,” Calviño assured during his appearance in front of the journalists. Along the same lines, he pointed out that deficit data, which stands at 0.4% of GDP in the first quarter, shows it has fallen “significantly” to pre-pandemic levels. The vice president is proud of the management since Pedro Sánchez became president: “We are taking this path of deficit and debt reduction and it shows the good management of public affairs and financial responsibility since 2018”, the minister has reiterated insisted Aim to bring deficit below 3% of GDP and public debt below 110% in 2025.