Calviño asked not to “criminalize” the bank and expected a “constructive tone” at today’s meeting. 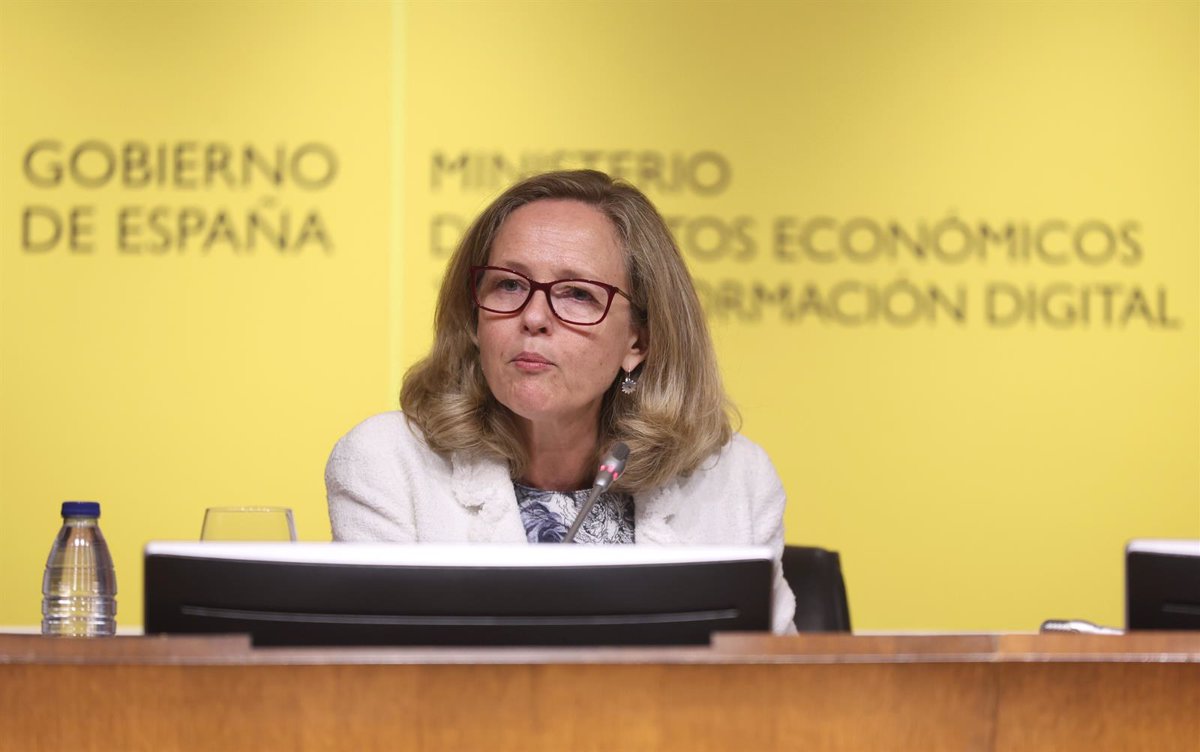 On the ECB interest rate hike: “It seems to me that the development of inflation is a measure that was expected”

First Vice President and Secretary of Economy and Digital Transformation Nadia Calviño has asked not to “criminalize” financial firms after United We Can proposed imposing prison sentences of up to 10 years on companies that pass the new special tax on to citizens .

“I don’t think the solution lies in criminalization, but in everyone getting involved and contributing to the response to the war,” defended the vice-president in an interview in TVE ‘La Hora de La 1’ collected by Europa Press became.

He therefore called for everyone to lend a hand, “starting with the sectors that make extraordinary profits, which also have to help finance this reaction to the war.”

Calviño declared that the Treasury Department was finalizing the final details on the new temporary and extraordinary tax for banks and announced that at today’s meeting with the highest representatives of the sector and entities there would be an “exchange of faces” on the assessment he ” with a constructive tone”.

“It is a meeting that I hope takes place in a constructive tone within the dialogue that we normally have with the sector,” noted the Vice President.

Calviño said he was not surprised by the 50 basis point rate hike announced yesterday by the ECB. “It seems to me that the evolution of inflation is a measure that was expected,” he assured.

Furthermore, he finds it very positive that this anti-fragmentation tool has been agreed, as it means that the ECB has a toolbox to prevent what happened ten years ago in the European debt markets from repeating itself.

He believes that the ECB’s decisions in general have brought a situation of greater stability to the markets, “which is very welcome in these times of so much turbulence”.

In this turbulent context, to which are now added the uncertainties about political developments in Italy, Calviño has assured that Spain is in a “relatively positive” position, recalling that all national and international organizations predict a Spanish GDP growth of over 4% forecast year and 2% in 2023.

Despite this “slowing down” in growth, the Economy Minister has assured the government that Spain has prepared and that measures have been taken by the executive to avoid the effects of this uncertain situation.

For this reason, Calviño has backed away from the PP’s “magic potions” on measures to curb rising prices, insisting that a general tax cut “does not lower inflation”.

In addition, he has criticized the autonomous communities ruled by this party, which announce lower taxes while demanding more funds from the state, and lamented that some regions (referring to Madrid) are closing primary health care while offering “caviar grants”. given to rich families.