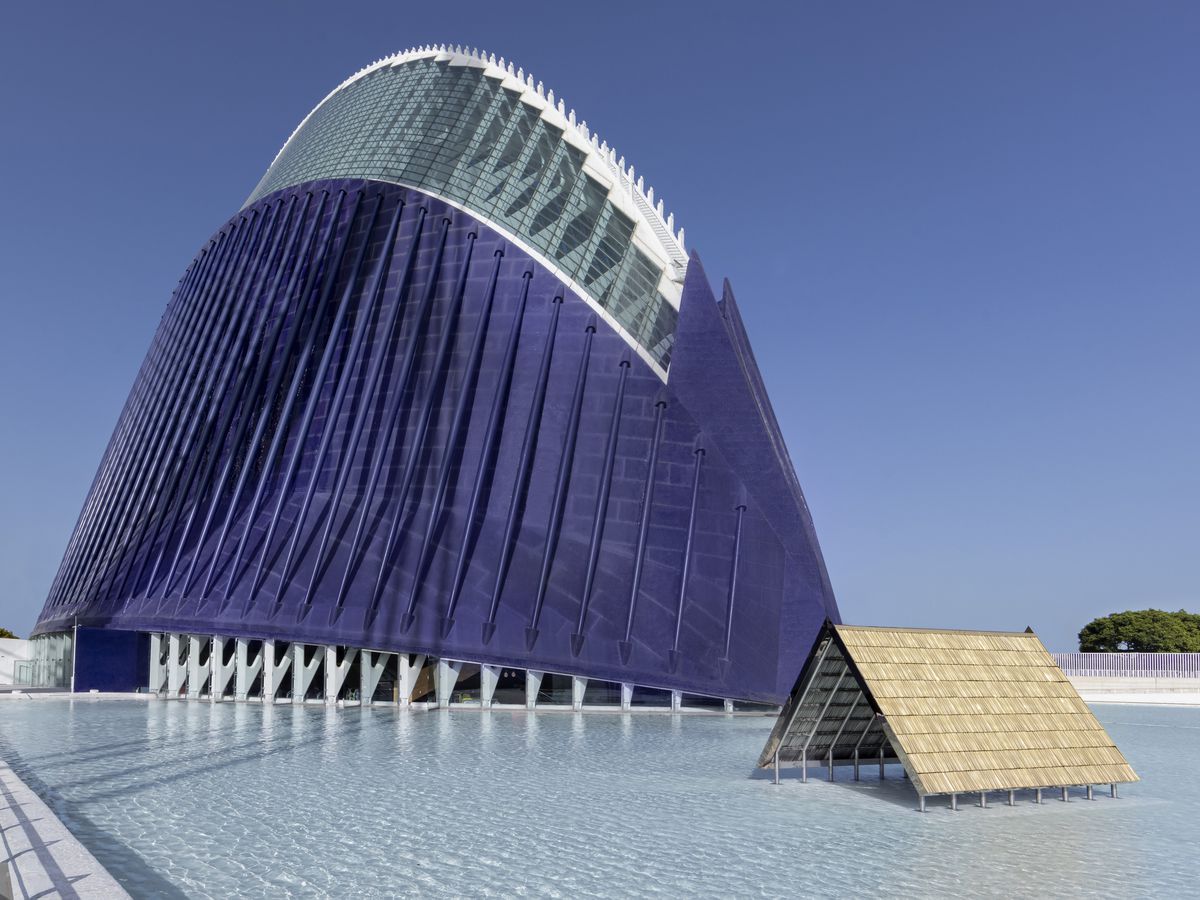 Like Enric Ruiz-Geli himself, his work is an overflowing imagination that manages to make his clients dream, at least at some point. In Valencia, the dream of turning a building into a landscape – with a palm tree that is a shop and an administration; an overgrown enclosure, a restaurant and an education department – has met a happy ending. For all. The “la Caixa” Foundation has extended the dreamlike metaphor of a festival of “even the most surprising” to host its cultural program. And for 50 years, the City of Valencia will save itself the extremely high maintenance costs of Santiago Calatrava’s building, on which it has already spent more than 100 million euros, and the shame of leaving these 10,000 square meters empty.

The fact that the Ágora designed by Calatrava was not suitable for congresses was shown by the young people who came into the house enthusiastic but not dazed campus parties arm yourself with umbrellas in case it rains or the sun burns down excessively. Perhaps these cracks made the same environment work better than a tennis court. But the sealing work for the construction of the new CaixaForum inside had an economic and perhaps also a thermal price: At the inauguration last Tuesday, it wasn’t just women going through the menopause who got hot.

All in all, this is not the time to analyze Calatrava’s huge building, but the work of the Ruiz-Geli studio, cloud 9, that parasitized it. The Barcelona native’s surprise intervention is full of success. Like a shell game, the architect has hidden his main building – the exhibition halls and the auditorium – to impress the visitor follies this crown or announce it. And he did it without detaching the slab: he transformed it into the base step of his creations.

The other great achievement is a partial truth. Ruiz-Geli never tires of emphasizing that he does not belong to a generation of star architects, but one of the “collective intelligences”. The second is correct. The first is not measured by the will, but by the result. Star architects are characterized by a commitment to entertainment, and there’s no denying that Geli places this high on his list of priorities. Of course, he knows that the mix is ​​teamwork and combines experimental flair with logistics to unite shapes, knowledge, colors and materials.

So it covers the palm with a Catalan volta dotted with ceramic circles mounted on fiberglass that absorb sound and color the cover. His studio, together with the ceramist Toni Cumella, patented this acoustic ceramic, which combines craftsmanship and technology. Like the cardboard ceiling that crowns the auditorium, they unite. Or the living garden that thrives above the restaurant’s troglodyte cave. In the cloud there is also a waste of imagination and collaboration: the Sorigué company signs the acid that makes it possible.

Although one could argue that the wooden ribs of the building housing the shop and offices are as much a nod to the Palmeral de Elche as the metal curtains surrounding it are to the fly screen strips, the objective fact is that the metal does did raise this crap It is the same as that used in only one of the steel ribs that support the agora. As a dream architect, Geli dreamed of sustainability before making it possible. Its Barcelona MediaTIC building has been heralded as sustainable with a futuristic facade that saves barely 30% of the energy of a typical office building. This exhibition center goes one better and promises savings of 70%.

The most surprising CaixaForum is the most hidden, which will least change the city in which it was built

At the CaixaForum in Valencia, the imagination is more cheerful than over the top, as we find ourselves in an interior that softens the impact, making the creative extravaganza a set rather than a building. Geli speaks of clouds and gardens, but also of organs: the heart – the palm administration – or the stomach – the restaurant cave – both “in the belly of Calatrava’s whale”. It is just that: a building that parasitizes another, empty one, thus breathing new life into it.

The bottom line is that while a landscape can offer the simplest and most sophisticated architecture – a nest or a cave – a landscape is not a building. And either an interior or a set. Perhaps for this reason, the book that collects the construction history of the CaixaForum has on its cover the facade of the Ágora designed by Calatrava and not the one follies by Geli. Cloud 9 has created photogenic sensations that form a landscape that consequently has no facade. Paradoxically, the most surprising CaixaForum is the most hidden, the least likely to transform the city in which it was built. It can also be the one that makes them dream the most.