CaixaBank expects the effects of the bank tax of 450 million: “It’s unfair and distorting” 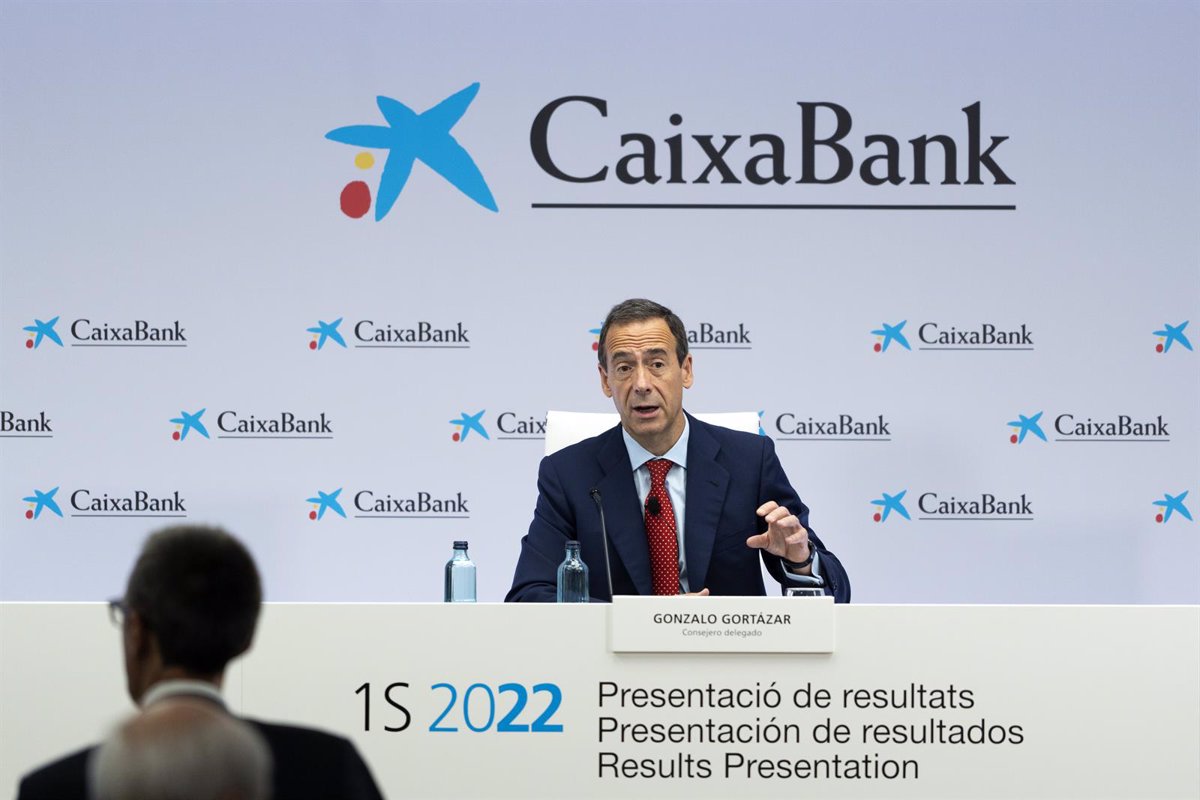 CaixaBank CEO Gonzalo Gortázar has branded the new banking tax as “unfair, distorting and counterproductive” and warned that they expect an impact on the company’s accounts of 400 to 450 million euros in 2023, i.e. the 2022 exercise.

He said this Friday, during the presentation of the results of the first half of the year in Valencia, that the company ended with an attributable profit of 1,573 million euros, 17.1% more than the same period last year according to homogeneous perimeters and 23.1% . more excluding special effects in connection with the merger with Bankia.

Gortázar, who recalled that it is a non-deductible tax, explained that this impact comes from preliminary calculations and that they cannot yet forecast it for the second year of the tax.

For him it is an “unfair” honor because it is being proposed on the basis that the sector achieves extraordinarily high results, which he believes is “not true” and he has recalled the low profitability of the sector.

“Out of 35 Capricorn companies, 11 are listed below book value, including 5 banks. They stand under the line of profitability. We can’t propose a tax on extraordinarily large profits because they don’t exist,” he said.

And he added: “The financial sector expects very low rates of return, so I don’t think it’s appropriate to tax the financial sector: the profitability of the sector is 5.37%: it’s very low. That means the entire sector is trading below book value on the stock market, and investors can see that’s not going to change going forward. We will tax a sector that is among the lowest profitable sectors in the economy.”

He has also branded the tax as “distorting” competition, believing it will not hit everyone equally, as only companies worth more than €800m will have to face it, while there are local companies and foreign banks that do not reach this threshold.

And he referred to investment funds: “Are we going to make them more competitive to finance our companies in Spain because they don’t have this tax?” he added.

He also believes it distorts European banking rules because the tax prohibits them from being passed on to customers, when European rules of good banking practice require that all costs in new credit generation, such as those of capital, financing, operations and credit as well as such, be passed on tax nature.

“What is coming is a Spanish regulation that says exactly the opposite. As a country we cannot afford to break European regulations and of course that puts regulators in an impossible situation,” he warned.

He also said that as a result of the need to pass on costs in lending, there are two options: either the industry passes them on and pays attention to European regulations and credit becomes more expensive, or they don’t pass it on and therefore it will on many occasions stop giving that credit: “We’ll either have more expensive credit or less credit.”

For Gortázar, the measure is also “counterproductive” because crises have shown that when they occurred with a strong financial sector, the effects were “less strong and lasting”.

“We are facing a much more difficult economic environment and weakening the financial sector as a first step is simply counterproductive,” he concluded.

In fact, Gortázar has stated that CaixaBank is a very large company and therefore with great assets, something he has defended due to the fact that it can fund billions of dollars of investments.

“We don’t want to be in the hands of foreign capital. Creating big companies like us and some others in Spain is very good, but when you do it it will make a lot of money: when you have 50,000 million, you have 700,000 shareholders and each of them has contributed a part and needs a return , the rate of return is very large,” he argued.

For this reason, he has called for promoting big companies and not penalizing them, insisting that they have earned more than 1,500 million, but with a ROTE of 7.9%, which compares to the rest of the Capricorn Company’s case is rear sector.

“We cannot be guided by big numbers, because then we will have small companies,” adding that to face other types of challenges, Spain’s industrial fabric must have great champions.