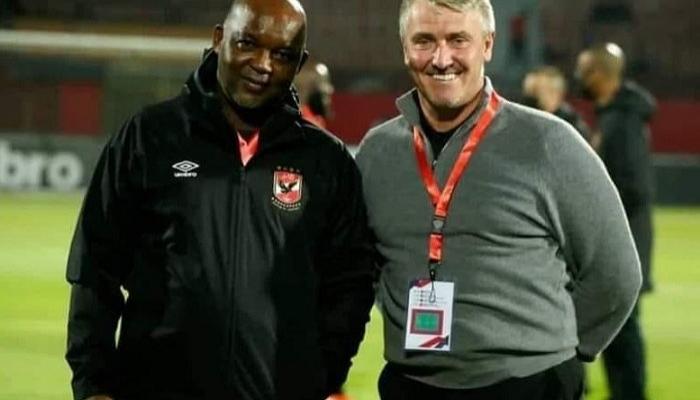 Lee Clark, the manager of Sudanese Mars, kept his fate open to all possibilities before facing Egypt’s Al-Ahly in the African Champions League.

The two teams will play on Friday night at Al-Ahly Wei Al-Salam Stadium in the fifth round of Group A of the 2022 African Champions League.

Clark sparked a lot of controversy in recent days, as rumors circulated about his evasion of responsibilities and his departure from the club without permission from the board of directors.

But the English coach responded at a press conference, this Thursday, saying: “I am before you, and what has been said about me in recent days, I am not responsible for it. Rather, the club’s management is asked when respect”. .”

He added: “I am with the national team in Egypt, and I focus with all seriousness and determination on facing Al-Ahly, and I have nothing to do with the administrative problems in which my name is involved.”

And the Marte coach opened the door to his dismissal a few hours later by saying: “I am proud of my work at a great club as big as Marte, and if the Al-Ahly game is the last one, I have no problem.” “.

Just as Clark opened the door to the possibility of his dismissal, he also believes that “anything is possible in terms of qualifying for the quarterfinals.”

South Africa’s Sun Downs secured a large percentage of their qualification to the quarterfinals by leading the first group with 10 points, followed by Al-Ahly, Al-Marikh and Al-Hilal with 4 points, with two rounds remaining in that stage. .

Al-Merrikh is playing its matches in Cairo because its stadium in Sudan does not comply with Confederation of African Football (CAF) regulations.

The team added 4 points from their win over Al-Hilal 2-1, and a negative draw against Sun Downs, against two losses against Al-Hilal 0-1 and Al-Ahly 2-3.