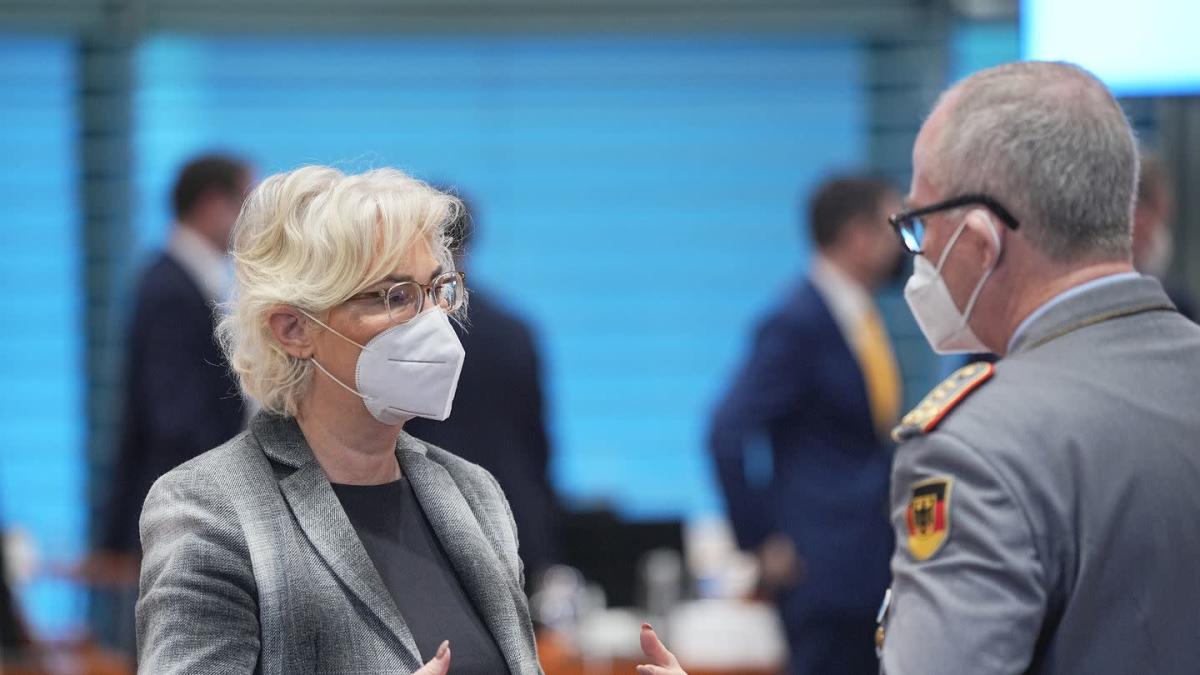 Berlin (dpa) – The federal cabinet has launched the multimillion-dollar special fund intended to strengthen the Bundeswehr. Major equipment projects with €100 billion will be financed to ensure that the Bundeswehr is fully operational.

For this, however, an amendment to the Basic Law is planned, for which the stoplight coalition in the Bundestag needs a two-thirds majority and thus also the votes of the opposition. The Union immediately made it clear that it could not support the current wording.

The debt brake is bypassed

According to the bill, the Basic Law should establish that the special fund serves to “strengthen alliance and defense capabilities.” There are no more precise specifications for the use of funds. The Defense Ministry is currently working on an economic plan with specific projects, Finance Minister Christian Lindner said.

The FDP chief stressed that the special fund would do justice to a new reality in view of the Russian war in Ukraine. “We want to create a highly modern and efficient army to protect our freedom.” Therefore, the necessary projects would not have been fundable under the credit limit anchored in the Basic Law. Therefore, loans in the special fund should be exempt from the debt brake.

Along with the regular defense budget, spending from the special fund should help meet NATO’s two percent target. “The 100 billion euros is an investment in our freedom,” Lindner said.

Defense Minister Christine Lambrecht (SPD) announced that the Bundeswehr would expand “into an efficient and ultra-modern army”. “My goal is a fully equipped Bundeswehr that reliably protects us and our alliance partners; an army that makes Germany a strong military cooperation partner in Europe and thus a reinforcement of the European force in NATO and the EU,” she explained.

The Defense Ministry explained that large projects such as the successor to the Tornado could be financed from the special fund and the personal equipment of soldiers could also be upgraded with high priority. In the federal government, however, it is controversial which projects the money should be used for. What is certain is that larger investments with a volume of more than 25 million euros still have to be approved by the budget committee of the Bundestag.

Union: the use of funds must be clearly defined

It still seems uncertain whether the semaphore will obtain the necessary majority for a modification of the Basic Law. “The traffic light draft to establish the Bundeswehr special fund in the Basic Law cannot be approved by the Union,” housekeeper Mathias Middelberg (CDU) told the German Press Agency. It must be clear that the 100,000 million euros would go entirely to the Bundeswehr and its equipment. “The wording put forward ‘to strengthen alliance and defense capability’ also allows for other uses,” Middelberg said. “We don’t give a clean bill of health for €100bn in extra spending without clearly defining the use of the funds.”

In addition, the Union faction must also participate in the specific use of funds. An accompanying committee for the use of the special fund is conceivable, which decides by qualified majority.