Cabinet decides to abolish paragraph 219a 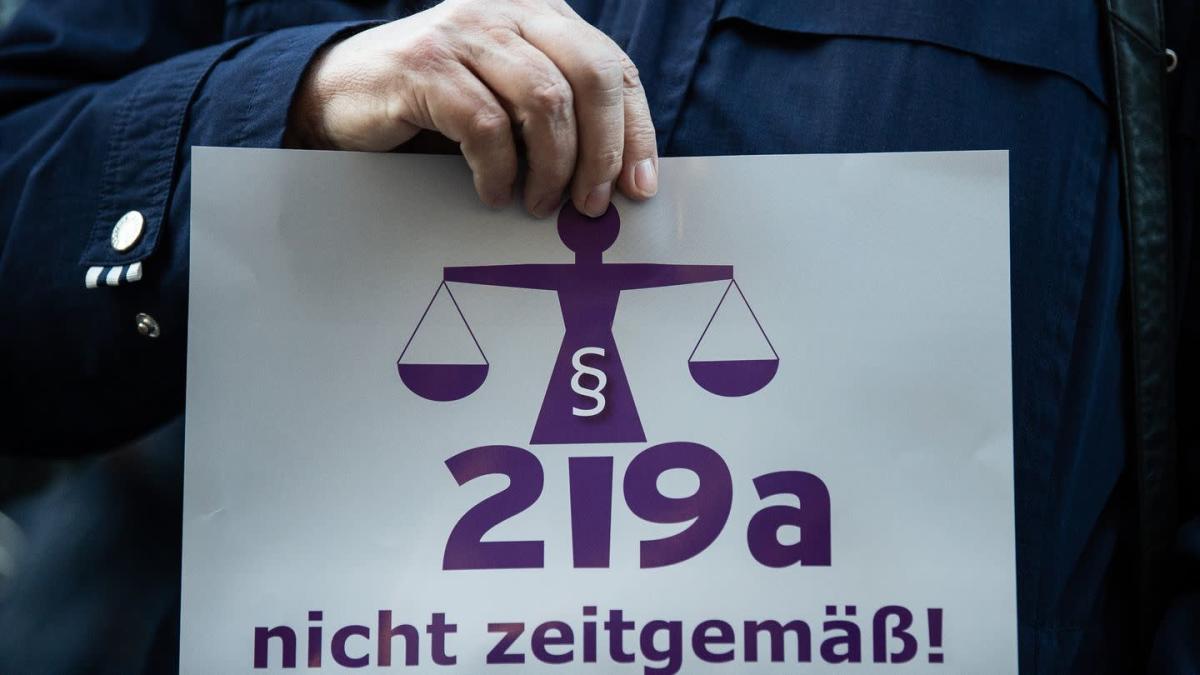 Berlin (dpa) – The federal cabinet has paved the way for the abolition of the controversial paragraph 219a, which prohibits “advertising for termination of pregnancy”. According to Wednesday’s decision, the paragraph of the criminal code should be repealed.

Until now, among other things, it has meant that doctors cannot publicly offer detailed information about abortions without fear of prosecution. Federal Minister of Justice Marco Buschmann’s bill is now due to be discussed by the Bundestag and the Bundesrat.

The FDP politician called it an “unacceptable situation” in ZDF’s “Morgenmagazin” that German law prohibits doctors from providing factual information and threatens the prosecutor. That is why we are removing this standard. “Nobody has to worry about that. Because there will be no publicity or anything like that for abortions, like there will be for chocolate bars or trips. That is legally impossible.

Buschmann later explained that women should be able to find as much information as possible about the methods and possible risks. “For some women, the path leads directly to the doctor they trust. Others first seek a doctor and advice on the Internet. We want women in Germany to have both options open.”

At the same time, there are still legal rules against “promotional and offensive advertising”. “No one has to worry about sensational advertising of abortions, for example.” The level of protection for unborn life does not change either.

In Germany, for example, an abortion is generally punished under the controversial paragraph 218 of the penal code. However, during the first twelve weeks of pregnancy, abortion is decriminalized if there has been prior advice, there is a risk to health or the pregnancy has occurred as a result of a sexual offence.

The sentences issued against doctors for “advertising abortion” after October 3, 1990 are also revoked due to the regulations still in force and the process is archived.

Federal Women’s Minister Anne Spiegel (Greens) called the abolition of paragraph 219a “overdue” on Wednesday. “In the future, doctors should be able to provide information about their medical services in relation to abortions without having to fear prosecution or stigmatization. In this way, we are strengthening the right of women to self-determination in the long term.” In addition, the current federal government wants to create a commission for reproductive self-determination. “Self-determined family planning is a human right.”

Bavarian Women’s Minister Ulrike Scharf, on the other hand, criticized the planned abolition of paragraph 219a. “This definitely does not enhance women’s right to self-determination,” the CSU policy said. “Women are often alone in an exceptional emotional situation and need help with the difficult decision-making process.” According to Scharf, the detailed information of doctors who are excluded from being legal advisers and who perform the termination of pregnancy is not necessary. “There is no information deficit here.”

The president of the German Medical Association, Klaus Reinhardt, demands that doctors be better protected against opponents of abortion. “The spectrum ranges from anonymous insults and hateful posts on social media to self-proclaimed first responders appearing in person in front of practices,” Reinhardt told editorial network Germany. A climate of threat develops and the course of practice is disturbed. “The legislature is required here. It must better protect doctors from the hostility of aggressive opponents of abortion,” Reinhardt explained.