By presidential decree, the Tunisian president wages a war against “monopoly and speculation” 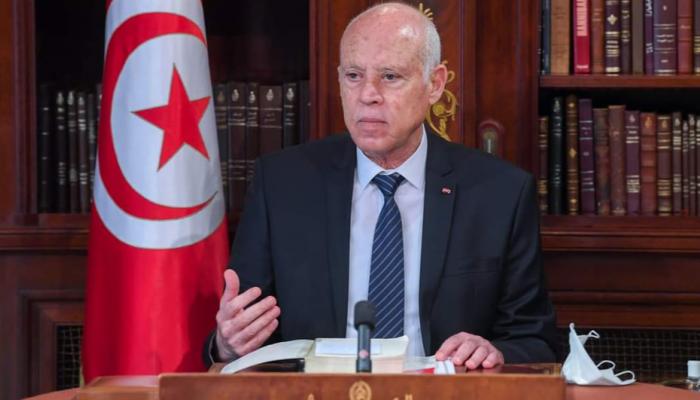 On Monday night, a presidential decree was issued in the Official Gazette of Tunisia to confront speculation and monopoly, as part of measures to guarantee market requirements and distribution mechanisms.

Whoever commits any of the acts typified in this decree, such as illegal speculation, will be punished with ten years in prison and a fine of 100,000 dinars (about 35,000 dollars).

A sentence of 20 years in prison and a fine of 200,000 dinars (about $70,000) is imposed if the illegal speculation is related to materials subsidized from the Tunisian state budget or medicines and other medical materials.

A sentence of 30 years in prison and a fine of 500,000 dinars (about 160,000 dollars) is incurred if the crimes mentioned in the Third Chapter of this Decree are committed in exceptional cases, the appearance of an emergency health crisis, the outbreak of a epidemic or the occurrence of a disaster.

The sentence of life imprisonment and a fine of 500,000 dinars is imposed if the crimes mentioned in the Third Chapter of this Decree are committed by a gang or criminal organization, or if products are seized with the intention of smuggling them out of the country.

According to the decree, illegal speculation is understood as “any storage or concealment of goods or merchandise, whatever their source or mode of production, that has the purpose of causing scarcity and disturbance in the supply of the market, and any artificial increase or decrease in their prices, directly or indirectly, through an intermediary or use of electronic means or any fraudulent methods or means.

On Sunday, Tunisian President Kais Saied announced a set of presidential decrees, which he considered “historic steps to restore the dignity of Tunisians” and save what has been damaged in recent years.

This came during a speech during his presidency of the Tunis Council of Ministers meeting on the occasion of Tunisia’s Independence Day from French colonialism (1881 – 1956), and the speech was broadcast on official television.

Said issued several decrees, including a decree criminalizing speculation and holding anyone who monopolizes basic items and food for the Tunisian people legally responsible.

For some time, Tunisia has been suffering from a relative shortage of food goods and products, in particular: flour, oils, rice and bread, prompting major supermarkets to specify quantities for buyers.

On March 8, Tunisian President Kais Saied called for a “relentless war” against monopoly and speculation in food products in his country, declaring a “zero hour” of war against “those who abuse the people.”

Since March 10, the security and control agencies carried out raids on commercial establishments and seized quantities of basic and subsidized food.

Professor of Law at the University of Tunis, Khaled Belrhoma, said that this decree and the chapters it contains will deter monopolists who have committed crimes against the Tunisian people.

And he continued, speaking to “Al-Ain News”, saying: “The law is established to regulate all sectors and curb offenders.”

He explained that “the economic and social situation is difficult and it is necessary to put an end to any speculation that disturbs civil peace in the country.”

He stressed that the Tunisian law contains many loopholes that make any speculator or monopoly quickly acquitted when arrested, so it was necessary to take a decree that includes strict and strict laws.

The Tunisian president accused political parties and corrupt businessmen of being behind the food monopoly to bring down his project of saving the country from corrupt and criminals.

He considered that what is happening in the loss of food in the markets is not by chance, but rather a premeditation and arrangement of those who are shaken by nostalgia before July 25, 2021.