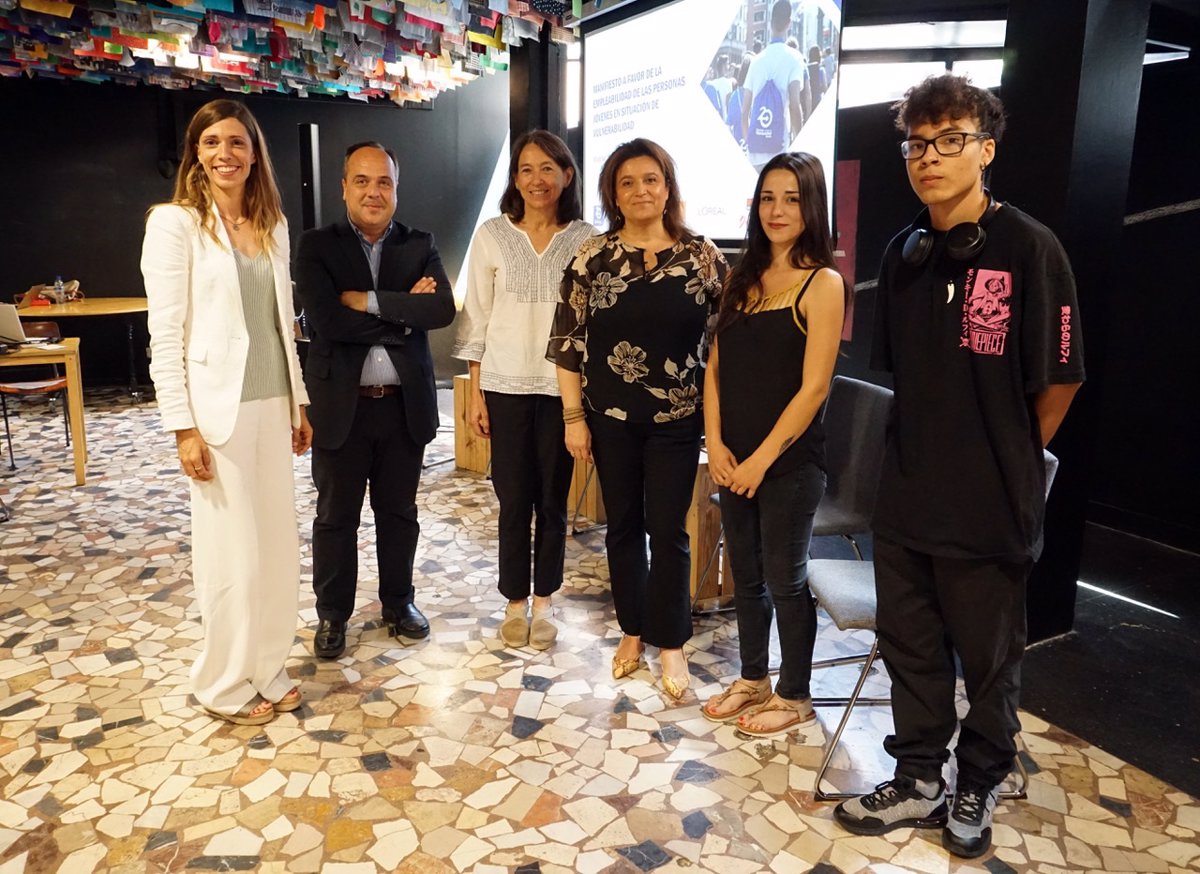 Danone and Orange lead the signing of a manifesto in favor of the group’s employment, joined by L’Oréal and Securitas Direct

This Wednesday, young people and companies sealed their commitment to a more inclusive and sustainable society after the Spanish Confederation of Second Chance Schools brought together key companies from different sectors to promote the employability of young people in vulnerable situations.

In particular, Danone and Orange were the first brands to join this initiative and presented the “Manifesto in favor of the employability of young people in vulnerable situations” in Madrid this morning.

This fact is all the more significant for young people aged between 15 and 29 who, due to various circumstances, have had difficulties in their usual academic career and continue to have difficulties in obtaining a degree, or who pose a social and/or social risk. or exclusion from work.

The Spanish Association of Second Chance Schools works for this group, an entity that has promoted the presentation and signing of this commitment, which serves as a call to companies to promote the social-work inclusion of the group, an initiative promoted by Danone supported and Orange, which L’Oréal and Securitas Direct have just joined.

Indeed this June 21st the above mentioned manifesto was presented and a round table organized with young people to make visible the situation and find effective solutions. At the meeting, the President of the Spanish Confederation of Second Chance Schools, Ignacio Vázquez de la Torre, defended that “the

Employability is a trait that the market gives us, it relates not so much to the individual talent of the person as to the opportunities they have had in life.”

For their part, Cristian Meléndez and Marina Lafuente, former students of two second chance schools in Madrid, agreed that the first obstacle to job placement is undoubtedly “the experience that most companies require, which makes it impossible to start by accident . To balance this, both have insisted that youth bring “the will to learn and work, new ideas and energy,” values ​​that are also very necessary for business.

In fact, Cristian has been working in a chain of restaurants for a year and “he enjoys it so much that sometimes I forget I’m working because there’s nothing more motivating than getting up to work somewhere you like.” For Marina , who will start working as a saleswoman in the next few days after completing her training at one of these second chance schools, “this new step means growing not only professionally but also personally.”

Vanesa Berrido, Head of Talent and Development at Danone Spain, said: “Building a better future is in our hands and we have a duty to harness the traction that companies have to drive change.” “We must changing our perception of these groups because they have much wealth and much to contribute and are able to create opportunities that allow them to be closer to the business world. Only in this way will it be possible “we are able to create real diversity and that everyone gives the best of themselves,” he added.

In the same spirit, the director of Orange’s internal platforms, Isabel Guillén, has pointed out that “it is a natural step for a company like Orange to get involved in employability initiatives such as those promoted by Second Chance Schools”. “Firstly, because we cannot waste all the young talent that may go unused and that will surely bring us benefits for everyone. And secondly, because development does not become progress if it is not within everyone’s reach, the obligation of administrations, organizations, companies, etc. to invest our efforts so that no one is left behind,” he stressed.

For her part, Delia García, Director of Sustainability and CSR at L’Oréal, has stated that “today’s young people are tomorrow’s seeds”. “Through the L’Oréal For Youth program, the group commits globally to increasing job opportunities for young people under 30 by 30% by creating 18,000 new opportunities by the end of 2021 and 25,000 every year from 2022,” he recalled.

Any company wishing to join this challenge can do so through the website of the Spanish Federation of Second Chance Schools.