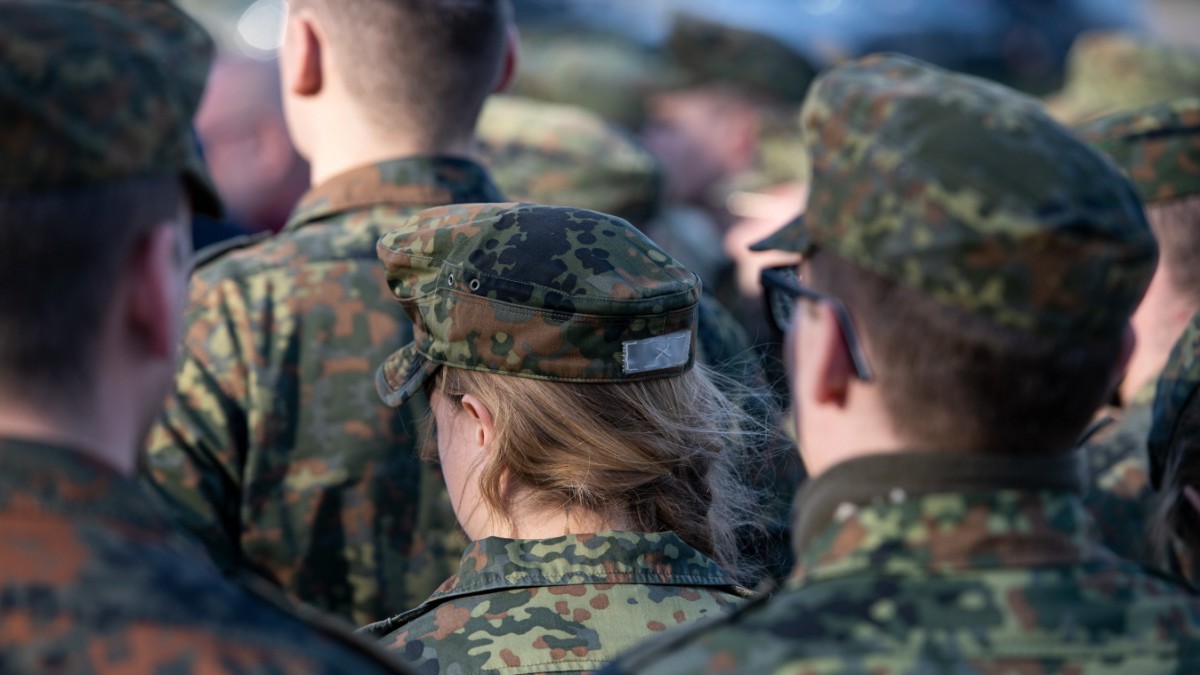 The parliamentary commissioner of the Armed Forces, Eva Högl, is alarmed by the “sometimes desolate” state of the barracks. In the 2021 military report, she also focuses on housing, medical facilities, military kitchens and sports fields, those places where soldiers spend much of their time.

During his visits to the troops, he found infrastructure that was “deteriorated” in some places. The Bundeswehr continues with a high “investment and renovation backlog” dating back to the 2000s. The military finds itself with an infrastructure that not only “leads to frustration, but sometimes also to loss of confidence in the ability to act politically.

The Commissioner for the Armed Forces, elected by the Bundestag in a secret ballot, oversees the state of the Bundeswehr. At the same time, Högl is the contact person for the concerns of the soldiers and is therefore also considered their “lawyer”. Högl is a member of the SPD. As a military commissioner, she is supposed to act impartially.

His military report shows the developments of the year 2021. Following the start of the war in Ukraine and the announcement by the federal government to invest an additional 100 billion euros in the Bundeswehr, he describes the initial situation at the start of a massive modernization program.

The Bundeswehr should be able to defend the country and the alliance again. In addition to the equipment, its infrastructure also comes into focus. In the last five years, 4.7 billion euros have been invested in infrastructure projects. In her report, the military commissioner paints a terrifying picture of conditions in the barracks.

According to a sergeant who complained to Högl, there has been no hot water for showers and kitchens in two buildings at the airbase barracks in Husum since 2017. The sanitary bins installed as an emergency solution are “partially infested with mould”. In one of the buildings, drinking water was even cut off due to clogged pipes.

In the Klotzberg barracks in Idar-Oberstein, a communications train, when fully occupied, was more than 90 women and men, had to make do with two toilets. The rooms are sometimes occupied by more than four people. Sometimes there is only one plug to charge cell phones, for example. At the army NCO school in Delitzsch, it took six years before WLAN was available in the accommodation. Construction projects sometimes take decades to complete. Plans for the swimming pool at the Saaleck barracks in Hammelburg date back to 2005, and the completion date is now 2024. Högl reports on military training areas that have apparently “fallen into oblivion”: there has been no major investment there for 60 years.

According to information from Högl, the infrastructure requirements of the Bundeswehr by 2034 will be almost 20 billion euros. However, the construction authorities in the respective countries are currently only able to implement projects with a volume of one billion per year with their limited staff due to complicated procedures and sometimes a reluctance to prioritize plans for the Bundeswehr. If nothing changes, the investment portfolio will be even larger.

As for the equipment of the soldiers, the situation remains critical. This applies to both personal equipment and large weapons systems. No troop visit goes by without being told about shortcomings, Högl writes in the report. Until now, it has always been said from the top of the Ministry of Defense that at least soldiers on missions abroad get everything they need to carry out their tasks.

Readiness to use large equipment is sometimes almost 50 percent

Högl disagrees: reports of material shortages in the operational areas would have upset her greatly. “In some cases, readiness to use large equipment was just under 50 percent.” Sometimes only protective vests or winter jackets were sent to the area of ​​operation.

It happens that soldiers receive newer equipment on deployment that they are not familiar with in daily operations. In Lithuania, for example, where the Bundeswehr is leading a multinational combat unit that is reinforcing NATO’s eastern flank, “there weren’t any German soldiers who were familiar with the radio system that would be used there or who had received the proper training.” “, report military. officers returning from deployments. It would be “ridiculed” if at international exercises the Bundeswehr with the available equipment is regularly the “weakest link in the chain”.

In 2021, the Bundeswehr was challenged like never before, it was “the year of the Bundeswehr”. Meanwhile, he had kept as many as 25,000 men and women on standby just for the fight against Corona. Soldiers were also dispatched during flood disasters. Added to this was the evacuation operation of more than 5,000 people from Kabul after the hasty withdrawal of international troops from Afghanistan. “The team has shown how efficient, professional and reliable they are,” explained Högl.

If the military commissioners have their way, the Bundeswehr should be able to fully concentrate on national and alliance defense again in the future. He criticized the federal, state and local governments for not having further strengthened their own structures in the last two years of the pandemic. Corona’s administrative assistance must end soon. The Bundeswehr now needs “all soldiers”.