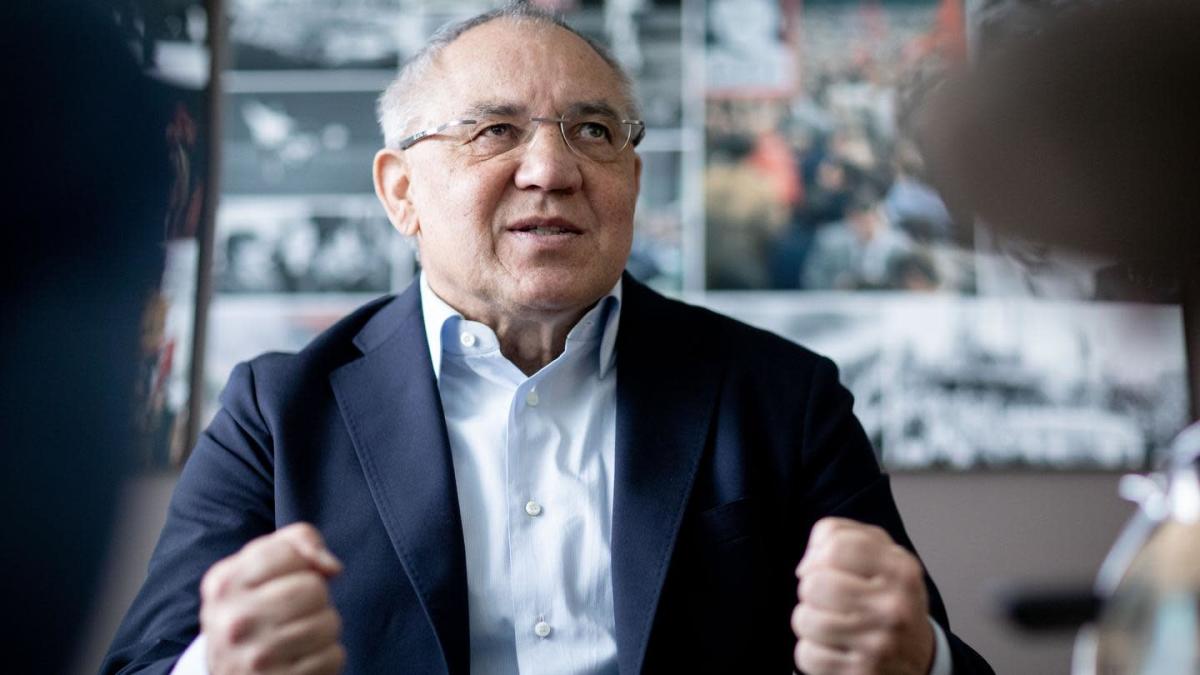 Felix Magath last worked in the Bundesliga ten years ago, now Hertha is bringing him back. Y: malice for a seriously injured person. Everything from the Bundesliga weekend

Who played against whom?

What game you couldn’t miss?

Freiburg against Wolfsburg. Totally indisputable that SC Freiburg has long been the team of the season. the Champions League The Champions League is drawing near! The only drawback: So far, the football in Breisgau hasn’t been particularly spectacular. Tactics, discipline and team spirit, yes, but don’t get your palms sweating while watching. But something was up in the 3-2 win against VfL. How Vicenzo Grifo hit an early free kick on goal and how Nico Schlotterbeck hammered a late dropkick on goal: It didn’t get much brighter this weekend of football.

What game could you miss in good conscience?

Dortmund against Bielefeld, 1-0, the definition of a must win. Both teams were missing several players due to Corona. Erling Haaland made his comeback, but he barely got a ball. Actually, there was nothing else to see either. Please keep reading.

Who was the focus?

Florian Wirtz. One of the most talented German footballers tore his cruciate ligament in the derby against 1. FC Köln. Some of the opponent’s fans were still celebrating because Wirtz moved from Cologne to Leverkusen two years ago. Happy for the serious injury of an 18-year-old: this weekend of football did not get more miserable.

What is everyone talking about after game day?

of course about Felix Magath. Many Hertha fans thought it was a hoax when his club announced that the tea, glasses, medicine ball and mound expert would succeed the sacked Tayfun Korkut (who lost his last 2-0 at Gladbach). On the other hand, one can still remember Jürgen Klinsmann or Otto Rehhagel in Berlin, so one is used to a lot of things. But Felix Magath is an interesting option even by Berlin standards. Above all, he is a middle finger extended towards your own team and should mean: you don’t sweat enough.

“Felix Magath’s resume speaks for itself,” said managing director Fredi Bobic. He does, Magath has won three championships and two cups as a coach, but in the last ten years he has only attracted attention through unsuccessful or disastrous engagements in Germany, England and China. Magath back in the Bundesliga, that’s like making Friedrich Merz the head of the CDU again. The coach is now 68 years old, his idea of ​​football seems a little older. On the other hand, the innovations are for the start-ups in Mitte and not for the relegation battle in Charlottenburg.

What were the women doing?

Continue to offer an exciting Bundesliga. Bayern and Wolfsburg settled their away games at Hoffenheim and Cologne, winning 4:2 and 5:1 respectively. Bayern continues to lead, with a two-point advantage and one more game. Things are a little clearer in the Spanish league. FC Barcelona won 24 of the previous 24 matches, scoring an average of 5.66 goals. The premature championship was perfected with a victory against Real Madrid. A 5-0, hey.

What else was important?