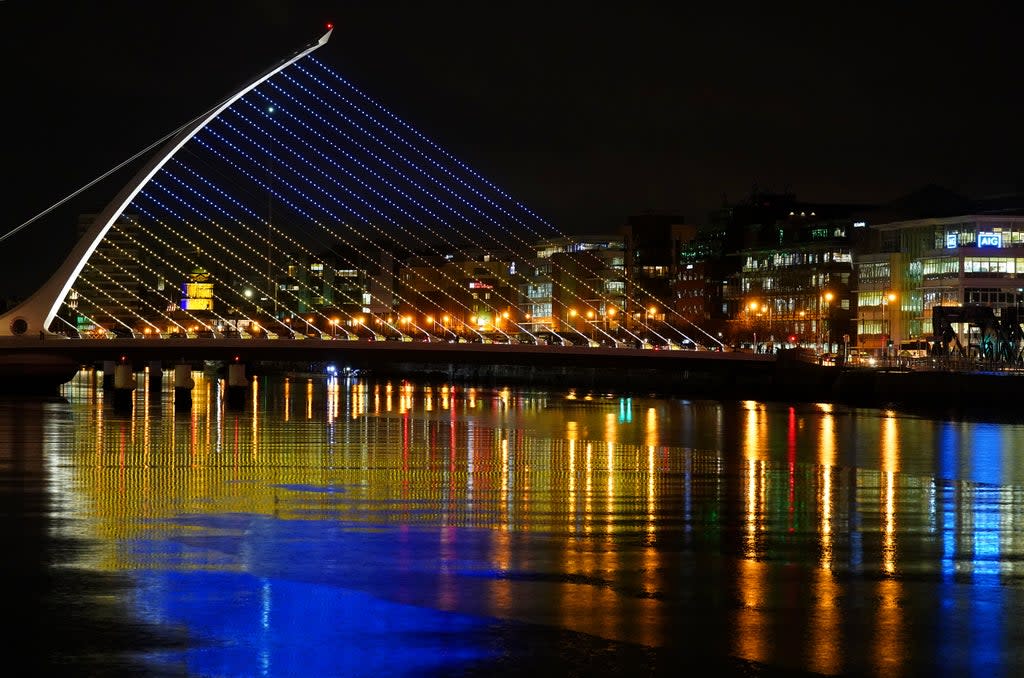 Ireland has sent 5,000 prepared meals and 200 units of bulletproof vests to Ukraine, as the war against Russia continues.

The country, although militarily neutral, has pledged to provide non-lethal aid to Ukrainian forces fighting the Russian invasion.

Taoiseach Micheal Martin, along with a number of leading Irish ministers, have repeatedly stressed that Ireland is not politically neutral in the conflict.

The move was confirmed on Monday by Foreign Secretary Simon Coveney, who said the 10 tonnes of ready-to-eat meals and the bulletproof vest had come from Irish Defense Force stocks.

Appearing at an Oireachtas committee last week, Mr Coveney had indicated that the government was preparing to send replacement equipment to the war-torn country.

The Department of Defense confirmed that the equipment and food had already been shipped and will arrive shortly at a Polish logistics center.

In a statement, Coveney said: “This contribution is a specific element of the Government’s contribution of approximately €11 million through the European Peace Fund and the other €20 million in humanitarian assistance.

“This hands-on assistance is yet another tangible demonstration of Ireland’s support and solidarity with the people of Ukraine.”

The war in the Ukraine has revived debate in political circles about Ireland’s longstanding policy of neutrality.

“My point of view at the moment is our approach, and the people united on this, is to make sure that there is a quick response from the European Union on all the problems that require such a quick response,” Martin told the BBC on Sunday. . .

“We will have to reflect on this position of military neutrality more generally.

“We are not a military power in that sense, what Ireland does best is on the humanitarian side and peacekeeping. Those are our strengths.

“The bottom line now is that we must maintain a unified approach within Ireland on the Ukraine situation and what we do best.

“One cannot, in the midst of a crisis, change a long-standing policy overnight.”

It comes as the Irish finance minister has warned that the EU must consider its own energy interests, amid questions about Europe’s dependence on Russian oil and gas.

Speaking ahead of a meeting of eurozone finance ministers on Monday, Paschal Donohoe said it was important that the interests of EU member states be considered in any discussion of the continued purchase of Russian oil and gas.

He said: “Any decision we make regarding access to energy must protect our own interests and it must also be a decision that we are able to sustain and implement for quite some time.

“The European Union has shown that we already have the capacity to implement very large sanctions packages, implemented quickly and maintaining solidarity while they are implemented and we will maintain it in the future.

“We are going to assess what additional actions are needed to assess the impact of our sanctions so far, but I think we need to continue to be careful about implementing measures where the greatest cost falls to Russia rather than Europe.”

Earlier, Labor leader Sir Keir Starmer said that “understanding what it means to be a country” in the relationship between the UK and the Republic of Ireland “tells us something” about the war in Ukraine.

In a speech at the London Irish Center ahead of St Patrick’s Day, Sir Keir said a focus on the “long and rich history” of the UK and Ireland was key.

The Labor leader said it was easy to see the relationship between the two countries “on narrow issues, the (Northern Ireland) Protocol at the moment”.

But he said the long association with the Republic, through Ireland’s ambassador to the UK, Adrian O’Neill, was important.

Sir Keir said: “This relationship requires respect, equal respect, and an understanding of what it means to be a country.”

He added: “I think it tells us something about what is happening in the world, particularly in Ukraine, because at the heart of the conflict in Ukraine is something simple, the desire of a country to decide for itself its own future.”

Sir Keir said: “I never thought in my life that I would see Russian tanks entering a European country, soldiers kissing their children as they stayed behind to fight for their city and country, the terrible bombing of hospitals. None of us thought we’d see that.”

The Labor leader said behind those images was “that sense of democracy, of sovereignty, the right of a country to decide for itself what it does.”

Sir Keir also said: “It’s about the relationship between the UK and Ireland, but it’s also about the way we see the world that is being challenged right now in a really profound way.”

- Advertisement -
Share
Facebook
Twitter
Pinterest
WhatsApp
Previous articleWoman protests against the war on Russian state television
Next article40 cents off fuel because of Putin’s war? : How Lindner came under pressure – and canceled the stoplight consensus – politics