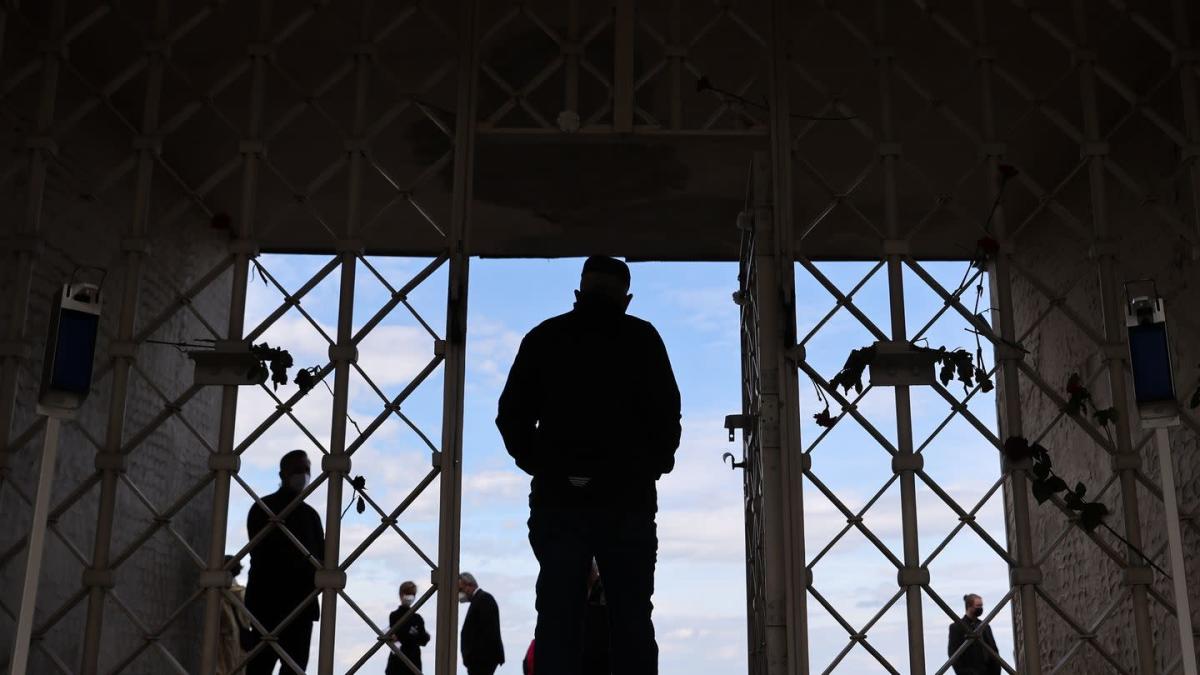 Weimar (dpa) – According to the Memorial Foundation, a survivor of the Buchenwald concentration camp was killed in a bomb attack in Kharkiv.

Buchenwald Foundation and Mittelbau-Dora Memorials director Jens-Christian Wagner said on Monday that 96-year-old Boris Romantschenko was killed in an attack on his multi-story apartment building in the eastern Ukrainian city on Friday. Wagner referred to information from a former confidant of the foundation in Kharkiv.

“We mourn the loss of a close friend,” a statement from the memorial said. Romantschenko survived the Buchenwald, Peenemünde, Dora, and Bergen-Belsen concentration camps. In 1942 he was deported to Dortmund, where he had to perform hard labor underground. He tried to escape, but was captured and sent to the Buchenwald concentration camp in October 1943. At Peenemünde he later had to help build rockets.

The apartment is said to have burned down

Romantschenko then campaigned intensively for the memory of Nazi crimes. He was Vice President of the Buchenwald-Dora International Committee. Since the 1990s he has regularly attended events at the site of the former concentration camp near Weimar, Wagner said. Romantschenko has not left his apartment in Kharkiv for months, for fear of being infected with Corona. A bullet hit the building on Friday. Romanchenko’s apartment burned down.

“The horrific death of Boris Romanchenko shows how threatening the war in Ukraine is for concentration camp survivors,” the statement said. Along with 30 other memorial sites, the foundation established a relief network for former victims of Nazi persecution in Ukraine.

At the beginning of the war in Ukraine, Wagner, the director of the memorial, had already shown concern for the concentration camp survivors who lived there. It was “particularly tragic for the survivors of the Ukrainian concentration camps who suffered with the Russian prisoners in the camps and who are now sitting in the bomb shelter and are threatened with death by Russian bombs,” he said.

The director of the Brandenburg Memorials Foundation, Axel Drecoll, calls for support for the elderly survivors of the Nazi concentration camps in Ukraine. They should be invited to the 77th anniversary of the liberation of the Sachsenhausen and Ravensbrück concentration camps, but now they have to hide in basements and subway stations because of the war and fear for their lives, Drecoll said on Monday. So far, the foundation has only been able to reach a few of them.

“One of them is 95-year-old Volodymyr Kororbov in kyiv, for whose support a fundraising campaign was launched,” said the foundation’s director. Kororbov needs 200 to 300 euros a month for medicine and food, said Culture Minister Manja Schüle (SPD).

Ravensbrück memorial director Andrea Genest reported on a concentration camp survivor who, for health reasons, could no longer leave her ninth-floor apartment in kyiv. She at least she could transfer financial support. According to Drecoll, the foundation has contact with a total of 32 survivors, 7 of whom have agreed to participate as eyewitnesses.

Along with 30 other initiatives, memorial sites and museums, the foundation is also involved in a support network for other victims of Nazi persecution in Ukraine. Around 42,000 survivors of Nazi camps and persecution measures still lived there, according to the aid network’s call for donations. Among them are mainly Ukrainians who were abducted along with their parents for forced labor in Germany or who were born in Nazi camps, a spokeswoman said.

According to Drecoll, the war in Ukraine has also had a negative impact on academic research on Nazi crimes. In June, for example, there should be an international conference to mark the anniversary of the German invasion of the Soviet Union. This was planned with many scientists from Eastern Europe, including Russia, Belarus, and Ukraine. This conference must now be conducted in a different way, Drecoll said. “We also notice that there are colleagues in Russia who are subjected to repression. Our thoughts must also be with them.”