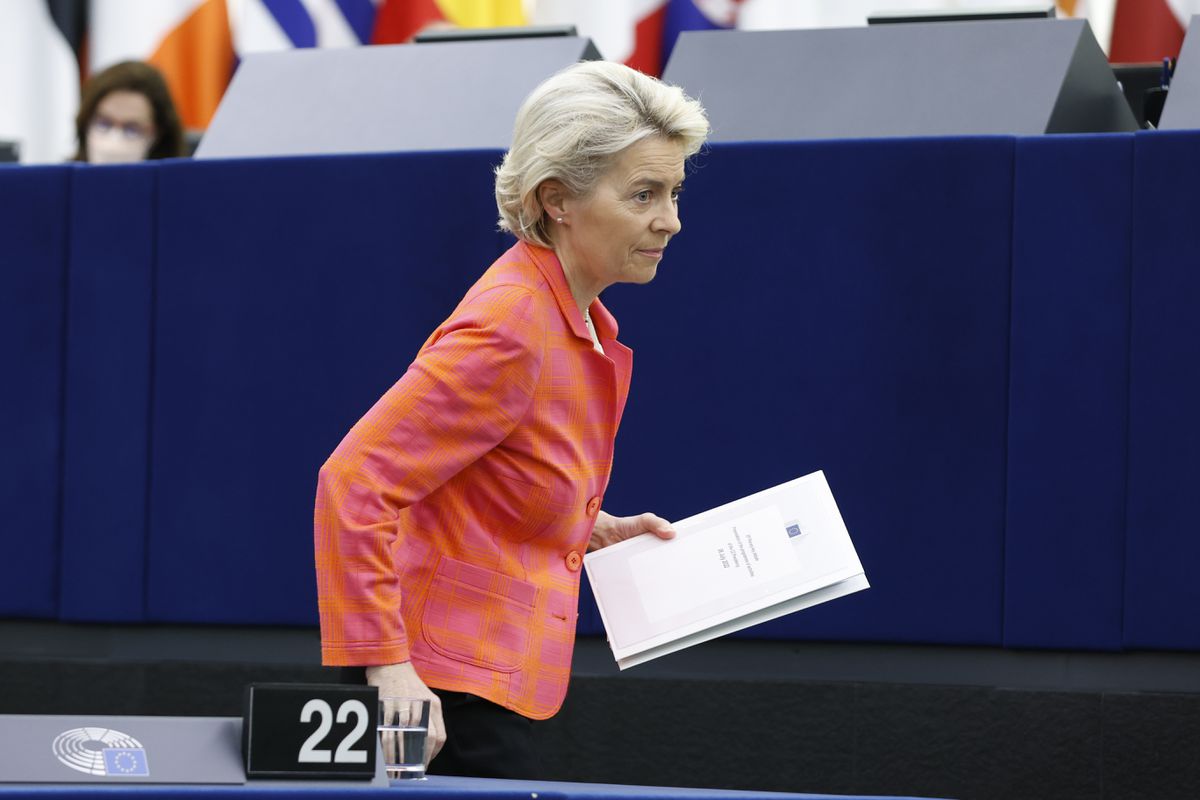 If Russian President Vladimir Putin permanently shuts down gas pipelines, all EU countries, including those less dependent on Russian hydrocarbons like Spain, will be forced to ration energy use, according to contingency plans drawn up by the European Commission, which are expected to be published this Wednesday. The proposal from Brussels, which will be transferred to an extraordinary council of EU energy ministers next week, is causing resentment in the countries concerned about Germany’s mistakes in energy policy in recent years, despite constant warnings from Brussels and Washington that its dependence on Russia is increasing.

The Commission’s draft proposal, to which EL PAÍS had access, first proposes a voluntary consumption cut that should apply from August 1 to March 31, 2023 if the Russian head of state, in response to the EU sanctions imposed, turns off the gas tap on Russia for the invasion of Ukraine. But the draft law gives the EU authority the power to declare a general state of alert, in order to impose a mandatory cut for every member state in such a case.

The proposal states that the mandatory consumption reduction would “come into effect on the first day of the month following the issuance of the warning and would end on March 31, 2023”. The draft, which is due to be debated at the European Commission’s weekly meeting this Wednesday, has not yet set the cut percentage. However, organization sources indicate that a fix of 15% is under consideration, a figure that would seriously affect industrial production in almost all EU countries, regardless of whether they import more or less Russian gas. The reduction would be in proportion to each country’s average consumption over the past five years.

“The argument for this linear cut is that reducing consumption by all partners will free up export capacity from alternative suppliers to Russia,” says a Commission source. The next example is that of Spain and Algeria: cutting Spanish consumption would allow another partner, Italy, to increase its imports from the Maghreb country, which in recent weeks has moved to sign deals with the African country sign.

However, some capitals believe that mandatory rationing of gas consumption by order of the Commission could mean interfering with deeply national policies such as energy policy. Poland has already expressed its opposition to mandatory solidarity last week, as it could affect the energy security of some partners, and called for the measure to be voluntary.

Community intervention will also force all countries to bear the economic impact of a supply cut, which in principle should essentially hit Germany, which is highly dependent on Russian gas, which has been cheaply underwritten for years. All countries will pay for the mistakes of the energy policy of Berlin, a capital that categorically refused to mutualize the debt costs during the euro crisis (2008-2012), since they were the result of fiscal policy mistakes committed in countries like Greece, Spain or Italy.

But the Commission, chaired by Ursula von der Leyen, appears willing to ignore all these objections and launch an emergency plan that will distribute the suffering from the foreseeable lack of gas supplies in a linear manner if the Kremlin presses on the looming cuts for the EU their support of Kyiv is looming across the continent. Von der Leyen wants to invoke Article 122 of the Treaty on the Functioning of the EU. This article allows the Council, on a proposal from the Commission, “to adopt, in a spirit of solidarity between Member States, measures appropriate to the economic situation, in particular when serious difficulties arise in the supply of certain products, particularly in the field of energy”. The item allows for extraordinary measures such as coordinated energy rationing, unprecedented in the history of the community club.

The proposal also arouses suspicion in the European Parliament because the article cited by the Commission avoids parliamentary consent and only requires the consent of the Member States. Socialist MEPs on the Industry and Energy Parliamentary Committee wrote to Von der Leyen in a letter dated July 14 to call for parliamentary and democratic scrutiny of the proposal “according to the sensitivity of the decisions they will adopt.”

MEPs remind the President of the Commission that Parliament “has already demonstrated its responsibility and ability to work with an urgent procedure”. The most recent test was the approval, within weeks, of the draft law to mandate the accumulation of gas reserves up to 80% of storage capacity before next November 1st and 90% from the same date over the next few years.

While the municipal council is already talking about cuts, Russian President Vladimir Putin once again used the gas lever as a pressure lever. After meeting in Tehran with the Iranian and Turkish leaders, the Russian president assured that Gazprom – the company that has a monopoly on gas pipelines transporting Russian gas – “has fulfilled, fulfilled and will fulfill in full” its obligations as a supplier. the signed contracts. However, the Kremlin chief then slipped that the capacity of the Nord Stream 1 gas pipeline (the largest link for the delivery of Russian gas to Europe) could be further reduced due to the slow progress in servicing the equipment, blaming her for the missing ones Equipment replacement and penalties. “Our partners [comerciales] They try to pass on their own mistakes to Gazprom. This is unfounded,” Putin said, as quoted by the Russian agency Interfax.

With the worst-case scenario looming on the horizon, the Brussels austerity plan also proposes preventive measures such as limiting air conditioning to 25 degrees and heating to 19, and calls on member states to put subsidies on the table to compensate companies that break decide (or be forced) to stop. too) due to lack of gas supply.

In the draft of its proposal, the Commission explains in a very graphic way the risk of cuts in Russia’s gas supply with a graph that shows a sharp decline compared to a recovery in March, a few days after the large-scale invasion of Ukraine last February 24. In the last ten years, progress has been made on projects that ensure supplies to countries that have already proved more vulnerable to Russian gas cuts in other crises, such as Bulgaria and Poland with new links between Greece and Bulgaria or Lithuania and Poland. and Finland and Estonia. Progress has also been made on the gas pipeline that transports gas from the Caspian Sea to Europe, and in recent weeks several countries (and the European Commission itself) have rushed to sign contracts with other suppliers to diversify their supplies (there are Countries from the EU that have big agreements with other suppliers, such as Norway, Algeria, Qatar, USA, UK, Nigeria and Libya).

However, natural gas accounts for 24% of the energy mix in the EU and oil for 35%. Russia has maintained its position as the EU’s leading supplier of all major primary energy commodities: natural gas, crude oil and coal.