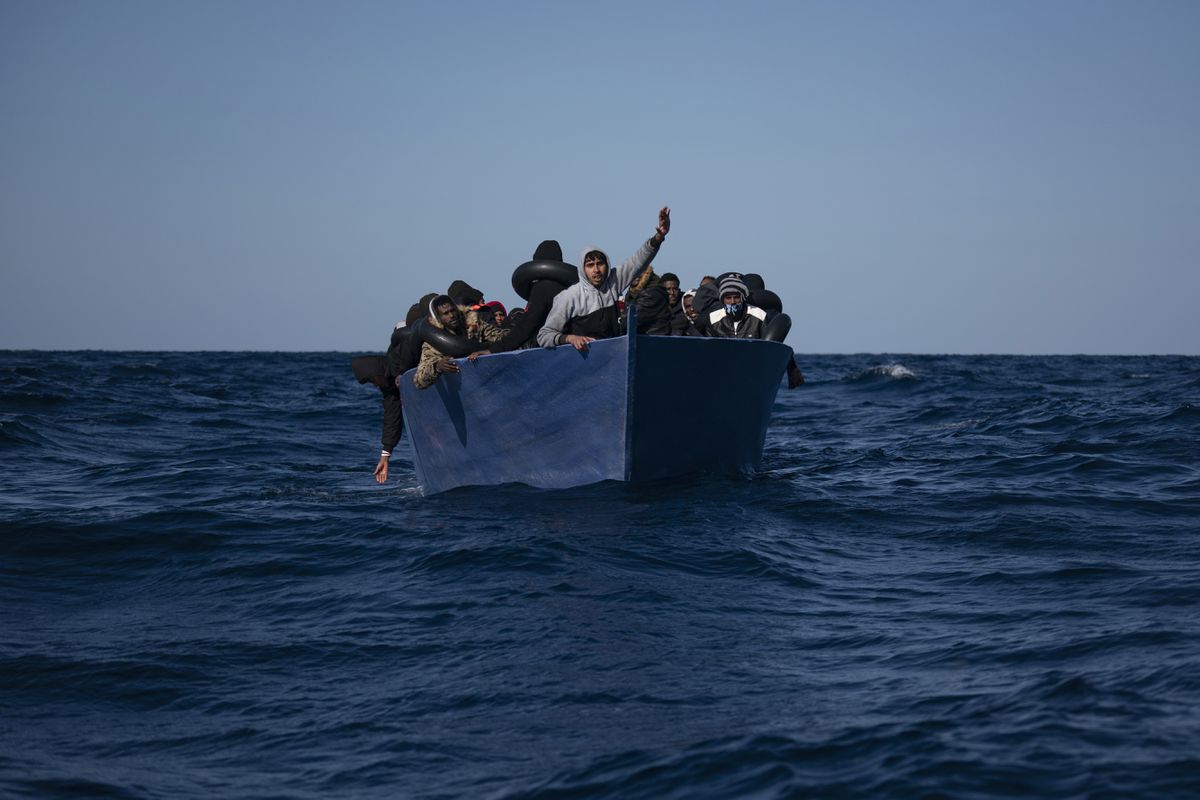 The collateral damage of a war can be almost as painful as that of the battlefield. And in the case of the Russian invasion of Ukraine, the impact has already spread to almost every corner of the globe, according to the EU’s action plan to deal with the social, political and economic consequences of the conflict in third countries. The report, to which EL PAÍS had access, specifically warns of the growing threat of “a catastrophic famine” in the countries of North Africa, which “is triggering new waves of social protest, internal displacement and migration to neighboring regions and countries, possibly towards the EU”. The diagnosis leaves Spain and Italy at the forefront of a potentially massive exodus across the Mediterranean.

The unpublished action plan was drafted jointly by the European Commission and the European External Action Service, led by Commission Vice-President Josep Borrell. Sent this week to the 27 governments of the Union, the report shows the way to respond to the serious consequences of a war that is already affecting numerous countries, from those closest to the conflict, such as Moldova, Armenia or Azerbaijan to others as far away as Bangladesh, Mongolia, Mexico or Argentina.

The report, 27 pages of alarming reading, covers the Balkans and Turkey to Latin America, traversing Central Asia, the Middle East, the Maghreb and the Sahel. In all these areas, the consequences of “a new geopolitical scenario characterized by high instability and the growing risks of fragmentation of the international community” are being felt.

According to Brussels, the trigger for the serious crisis is Putin’s war, specifically the Russian blockade of Ukrainian agricultural exports and the escalation of energy prices. The document does not specify the fate of the potential migration crisis. But for the areas identified as hardest hit by the food and energy crisis (the Maghreb and the Sahel, among others), it seems inevitable that Spain and Italy will be at the forefront of the possible mass exodus.

According to the document, the Commission intends to focus its assistance on the countries hardest hit by the crisis, those aspiring to join the Union, the most influential players in each region, or those responsible for importing Energy and raw materials are essential.

Privileged relationships with alternative suppliers, which reduce Russia’s energy dependency, also point to the South, according to the report. In particular towards Algeria and the EU’s desire to increase its gas exports through Spain, including through the closed gas pipeline passing through Morocco.

In the case of the countries closest to Spain, the report notes that the impact in the southern neighborhood (Morocco, Tunisia or Libya and Egypt) is “already very significant”. The perfect storm in that area and the Middle East adds the impact of the ongoing pandemic, drought in some parts of the territory and governments’ limited budgetary space to help the most vulnerable populations.

The consequences for the Maghreb and its surroundings are frightening: “The lack of grain and other essential agricultural products, together with the increase in the prices of basic products and food and the reduction in subsidies, can lead to serious economic and social crises,” says the community report .

The EU has already started providing urgent support to these countries, allocating more than €225 million to Egypt, Lebanon, Libya, Syria, Tunisia, Morocco and Palestine through the so-called Food and Resilience Facility, the Commission said. In the long term, the EU wants to help them to set up their own production wherever possible.

But this aid does not prevent the report, according to the report, from the fact that the risk of an economic and social crisis “is particularly high” in “Egypt, Jordan, Yemen, Lebanon, Libya, Morocco and Tunisia”, seven countries with more than 200 million inhabitants. According to Brussels, the danger of famine is growing “in the poorest sections of the population”. And the possibility of fleeing in search of better food conditions points both within the countries themselves and towards neighboring countries “and possibly towards the EU”. The 27 community partners agreed this month on a refugee distribution mechanism that could be triggered during the next migration crisis, should one occur.

Brussels is also planning a diplomatic offensive to counter the Russian version of events, which blames the food and energy crisis on European sanctions over the invasion of Ukraine. The plan points to a ministerial summit with the Arab League later this year and perhaps the Union for the Mediterranean.

But the document acknowledges that the Kremlin’s messages “are widely shared among the governments and peoples of the developing world.” The widespread dissemination of Russian propaganda is amplified as “other powers” ​​bounce off it, lending credibility to the Russian propaganda, the report’s veiled allusion to China. And the EU’s image problem is exacerbated in countries lacking independent media, the document adds.

The Commission and the External Action Service propose to reply with a detailed explanation of the actual impact of the European sanctions against Russia and Belarus (for their support of Russian aggression). And draw on “concrete examples of Russia’s direct responsibility for high grain prices.” Borrell came this Monday to accuse Moscow of “war crimes” over its efforts to block Ukrainian exports.

The problems are repeated, with varying degrees of severity, in all the geographical areas analyzed by the Community’s diplomatic services. The wave of expansion, according to his analysis, is spreading in the form of a shortage of raw materials and essential grains in these countries, due to a lack of or increased cost of fertilizers and a general increase in prices, especially such basic services .. how energetic. The dangerous spiral condemns tens of millions of people to a state of hardship and impoverishment that will be difficult to endure if Putin’s aggression against Ukraine lasts long.

The latest data collected in the report shows that around 193 million people, 40 million more than last year, are already “experienced with acute food insecurity and are in urgent need of assistance”. The drama spans 53 countries or territories around the world while Russia blocks more than 20 million tons of grain stored in Ukrainian silos and ships from leaving Ukraine.

Prolonging the war, a scenario considered likely by NATO, could also destabilize the Latin American and Caribbean region, according to the joint report. Higher energy and food prices will increase poverty, hunger and social tensions amid growing inequality, political polarization and distrust of governments.

The drop in fertilizer shipments will have “a major impact on several countries such as Mexico, Peru, Brazil, Chile, Colombia and Argentina,” explains the Commission. And he adds that the grain trade shortfalls, especially wheat and soybeans, “will affect supply in countries like Nicaragua, Haiti, Peru, Ecuador.”

Mother and daughter were murdered in Guayaquil, they would be relatives of a policeman