Briton who fought in Ukraine returns after 5 days… what’s the story? 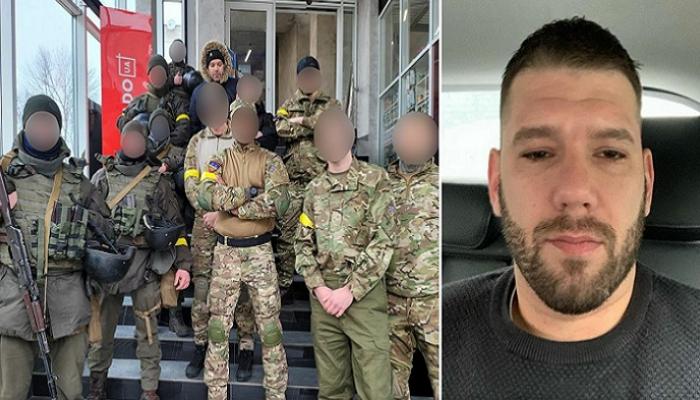 After the great enthusiasm to participate in the fighting in Ukraine, the British “Ben Spahn” returned to his country fearing that he would join a “suicide mission”.

In an interview with Britain’s Sky News, Spahn, 36, said he went to Ukraine to join the resistance because “I think it’s the right thing to do”, despite having no military experience or approval from the British state.

Spahn, 36, said he spent five days in a safe house in western Ukraine with four former British soldiers, at one point having a gun pointed at his head after Ukrainian special forces searched the house, before to decide that it was an absolute nightmare. and fleeing back to the United Kingdom.

The British Foreign Office has told its citizens traveling to Ukraine to fight in the conflict that they may be subject to prosecution, after the British Army confirmed the departure of several British soldiers serving in Ukraine.

Spahn, who founded the charity Change Your Life Boat Your Knife, told Sky News he was “sorry” to leave Ukraine and leave soldiers much older than him behind. “I feel like I let you guys down a bit,” he said.

Spahn said he told his family he was going to Poland to help refugees, but instead traveled from Stansted to Szczecin in Poland, took a bus to the Ukrainian border and then walked to kyiv with four former British soldiers he met at the travel. .

Spahn said he arrived in the middle of the night, in difficult conditions and minus 6 degrees Celsius, and disembarked at a safe house with several other volunteers.

The five Britons stayed in a small safe house with no beds or running water with many other volunteers. And it was “a bit of a shock” because it was “like a haunt in England.” Spann and his new friends waited at the safe house for three days, waiting for the gun, but it never came.

Instead, they were arrested by a group of 10 Ukrainian special forces members who were suspicious of British motives because none of them had yet joined the Foreign Legion, an official squad of international fighters invited by Ukrainian President Zelensky to help fight Russia. 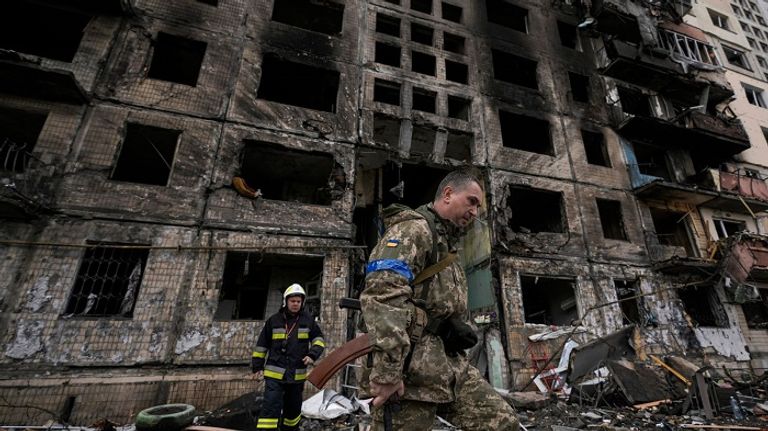 Spahn and the other volunteers were held hostage with Kalashnikovs pointed at their heads for 20-30 minutes, hands on their heads while the Ukrainian team searched the safe house and subjected us to what appeared to be interrogation.

“But the atmosphere changed when we were able to deal with the situation and the Ukrainian soldiers realized that the British were there to join the fight against Russia,” Spahn added.

The next day, the SPAN group was transferred to a weapons base. Along the way, they saw the bodies of two dead Russian soldiers crucified at a checkpoint, in a warning to Russian soldiers.

This incident made Spahn realize the reality of the situation and that these men “were basically ready to go, fight and die. 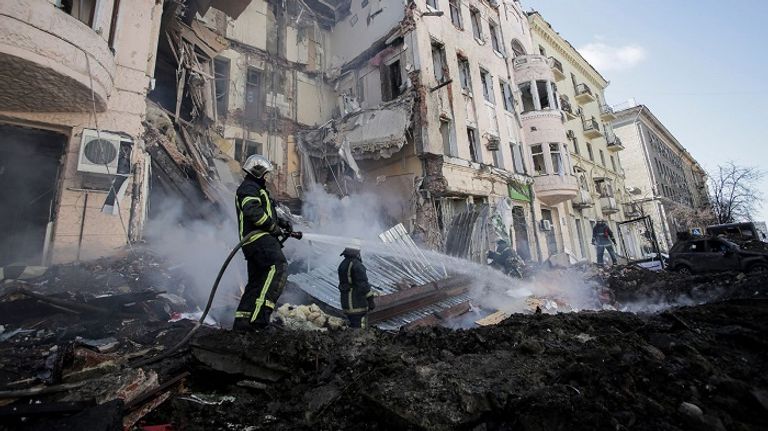 He explained that the group returned to the safe house without obtaining any weapons, when he felt that he was in great danger after sirens sounded in the area.

On the fifth day of the trip, Spahn felt real sadness for his wife and son, who were unaware that he had entered a war zone, and the other four British soldiers decided to go to another part of the Ukraine.

He noted that this stage was a turning point for him, so he left the ex-combatants and set out on his way back home.

He explained that what he feared most was joining a “suicide mission” other than real grief for his wife and 16-year-old son who were dissatisfied with his trip to the war zone.