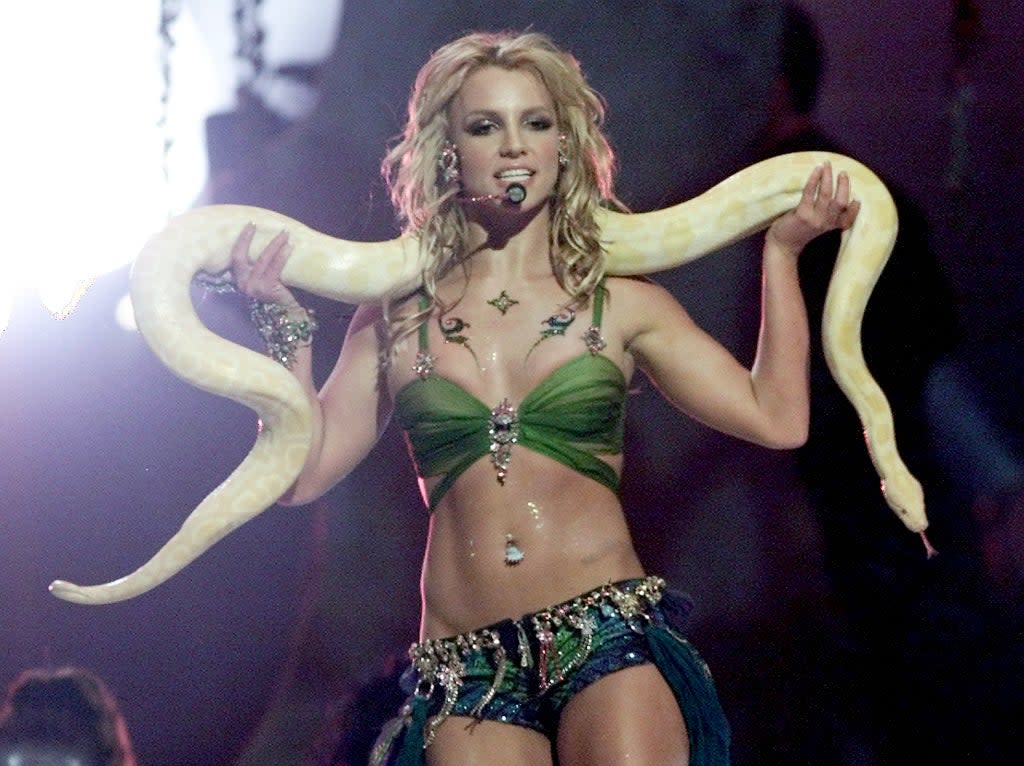 Britney Spears has recalled how she once considered a boob job when she opened up about body insecurities in another swipe at her father Jamie.

The 40-year-old singer has always denied having any surgical enhancements but admitted she once visited a plastic surgeon to ask about breast augmentation during a lengthy post shared on Instagram Thursday night.

“My breasts are pretty small…I mean, with the right bra it’s fine, but I was curious what a doctor would say!” he explained to the 40 million followers of him.

“I lost 7 pounds in the last 6 months and that’s a lot for me!!! I’m officially part of the ‘little t***y committee’… cringe! I don’t know where my breasts went.”

She explained that in the end she did not have the consultation since she waited 15 minutes outside the surgeon’s office, but no one came to receive her.

The mother of two said concerns about her body stemmed from her father, Jamie Spears.

Spears was in charge of a conservatorship that controlled most aspects of her daughter’s life until she was released from the arrangement in November after nearly 13 years.

He has made several attacks against Spears online, accusing him of controlling behavior and abusing power while in charge of his affairs.

In this case, she reprimanded him for counseling her for being overweight.

“My dad always told me that I was fat and that being the heavy girl on stage wasn’t fun… It was humiliating!!!”

“However, I have not been shot well, I have never been more humiliated and ashamed in my life during the years of my guardianship,” she continued.

“I had a good cover in 13 years of my conservatorship… The rest was extremely bad! They could have at least cheated and used technology… but they used it to make things worse! What a fucking waste of time.”

“Happy people attract light and are contagious and attractive!!! God knows the secret to my success was never how beautiful I was!

“I think it was a joke,” he concluded, adding that he had “Just great energy!!!”

The pop star recounted how her weight had skyrocketed due to medication she had been prescribed for mental health issues, which she said also made her “stupid and sad”.

“You can lose your brain if you take too much, that’s how strong it is! It made me stupid and sad and I gained a lot of weight,” she wrote.

“I felt ugly and angry and mean so it was just that! The manipulation behind my family’s scheme of submitting me as if I had done something so bad to literally throwing me out and taking away all my joy is cruel!