Britain’s failing bridges: where are they and why are their numbers increasing? 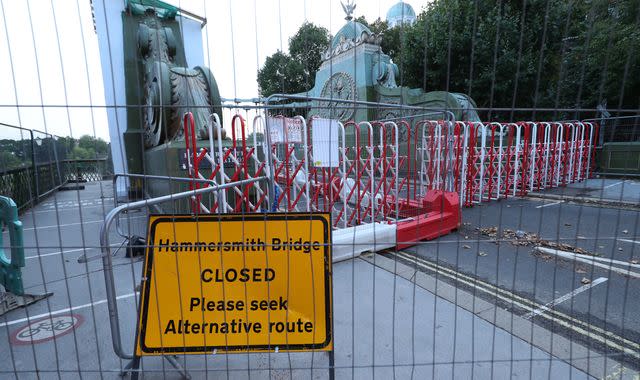 Local authorities have identified more than 3,000 bridges across the UK as failing, figures show.

The designation means they cannot carry the heaviest vehicles, which could create headaches for motorists forced to seek alternative routes to their destination.

Some 3,211 bridges were identified by the end of 2021, according to the RAC Foundation, an increase for the second year in a row.

Where do you have the poorest bridges?

Devon has the highest number of poor bridges with 229.

Overall, the councils reported that 17 bridges had completely collapsed in the previous 12 months.

Of these, a dozen were in Dorset and five in Denbighshire. Another 37 bridges had partially collapsed, many of which were relatively short structures.

What are the consequences of a bridge being deemed substandard?

Many of these bridges are subject to weight restrictions, while others have to be monitored more regularly or even placed on controlled decline.

An extreme example is Hammersmith Bridge in west London, where cracks in the plinth have meant that motor vehicles have been banned from using the 135-year-old cast-iron structure since April 2019.

When bridges reach a poor state, it is up to the local authority to decide what to do about it.

Between them, they say they would ideally like to restore 2,374 of the bridges to full load-bearing capacity, but budget constraints mean only 379 are expected to have the necessary work done in the next five years.

‘Severe weather should be a concern’

Bridges considered substandard have often been built to older design standards and have deteriorated over time.

With that in mind, there are concerns about the impact that increasingly severe weather events caused by climate change may have in the coming years.

RAC Foundation Director Steve Gooding said that while the increase in failing bridges last year “wasn’t huge,” the situation was “stabilizing” rather than improving.

“And with the threat of more severe weather events related to climate change,” he added, “that should be a concern for the overall resiliency of our road network.”

The figures were obtained from 196 councils through freedom of information requests, and the analysis was carried out in partnership with Adept, a group representing the heads of local authorities responsible for transport and other sectors.