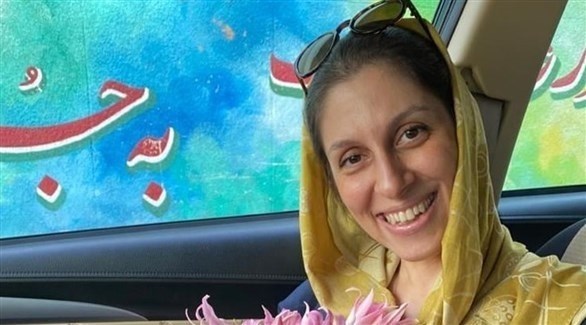 Lawyer Hajjah Kermani said Wednesday that the two British-Iranian detainees, a charity worker Nazanin Zaghari-Ratcliffe and a retired engineer, Anousheh Ashouri, are heading to Tehran airport in preparation to leave the country, after years of they spent in prison. .

“Both of them are heading to Tehran airport to leave Iran,” Kermani said. Judicial officials in Iran could not yet be reached for comment.

Zaghari-Ratcliffe, a program manager for the Thomson Reuters Foundation, was arrested at a Tehran airport in April 2016 and later convicted of plotting to overthrow the ruling clerical establishment.
His family denies the allegation, as does the charity, which operates independently of the Thomson Reuters Foundation and its news arm, Reuters.
The Foreign Office, the foundation and Richard Ratcliffe’s husband did not respond to requests for comment.

In 2019, the Iranian judiciary sentenced Ashouri to 10 years in prison for spying for the Israeli Mossad and two years for “illegal possession of wealth.”

This came after the announcement of the settlement of an old debt with Iran of some 400 million pounds ($530 million).

Although the British and Iranian governments denied the link between the debt settlement and the Zaghari-Ratcliffe case, Iranian state media reported in 2021, citing Iranian officials, that she would be released once the debt was paid.