Bread crisis in Libya… a random market and an international alert 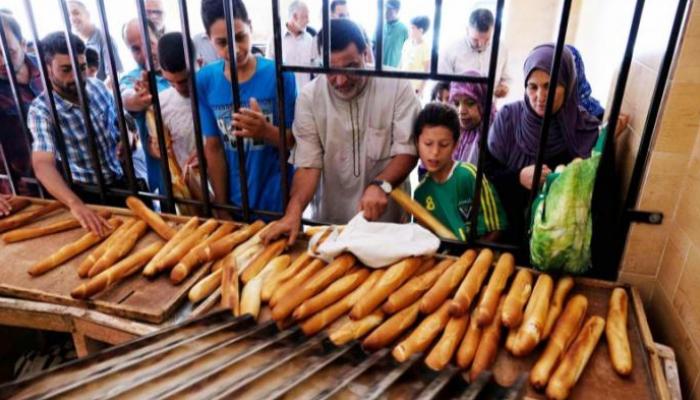 Libya is suffering from a suffocating crisis due to the high prices of bread and the lack of availability in the markets, as a result of the closure of several bakeries.

Libya, like other countries in the world, was affected as a result of the suspension of wheat exports, on which it depended, from Ukraine and Russia.

United Nations Secretary-General Antonio Guterres focused on the crisis afflicting the Libyan people during his press conference on Tuesday, when he confirmed that Libya is among the 18 African countries that import at least 50% of its wheat.

Guterres renewed his call for countries to find innovative ways to finance growing humanitarian and development needs, donate generously and immediately release pledged funds, announcing the creation of the Global Crisis Response Group on Food, Energy and Finance in the United Nations Secretariat.

With the worsening of the Ukrainian-Russian crisis, the prices of bread and flour increased in several Libyan cities, especially when the Ministry of Economy assigned the outgoing government of Abdul Hamid Dabaiba the task of importing, storing and marketing flour for private mills. , which immediately raised prices.

The price of a loaf of bread in Libya reached 50 piasters (US$0.11), and the Libyan authorities attempted to control prices through campaigns in bakeries, forcing some of them to close, contributing to a further increase in prices, especially on black markets.

The head of the Supreme Bakeries Monitoring Committee, Ali Bouazza, said in press releases that the price of a kantar of flour rose by more than 50 dinars per kantar after the Ukraine crisis.

He added that some bakers closed their bakeries for not being able to sell bread at the official price, and that there was a reluctance of merchants and millers to sell, which caused supply to decrease and demand to increase, and price control became in accordance with the whims of merchants.

The head of the Bakers’ Union in Sebha, southern Libya, Naji al-Najah, says that southern Libya suffers more than other Libyan regions, especially as they obtain flour from the black market, as well as all operating materials, with frequent power outages. energy and a shortage of diesel.

He pointed out in a statement that this amount is not enough for a week to operate the bakeries, forcing them to buy on the black market at a value higher than 5 dinars -1.08 dollars- per liter.

Libya is experiencing severe shortages in its flour and wheat stock, and the Libyan Ministry of Economy is working to find a mechanism to distribute flour and ensure its flow in the local market and control offenders in coordination with the Municipal Guard as one of the pillars of food security for the citizen and raise the level of the strategic stock by importing shipments of bakery flour and distributing it in all regions, according to a previous statement from the outgoing government of Libya.

The crisis in Libya deepened, especially with several countries that banned the export of basic products for several months, which caused a crisis in Libya, which was importing 650 thousand tons of wheat from Russia and Ukraine, which represents half of its needs.