Brazil’s unemployment rate reaches 11.2% in the quarter to January 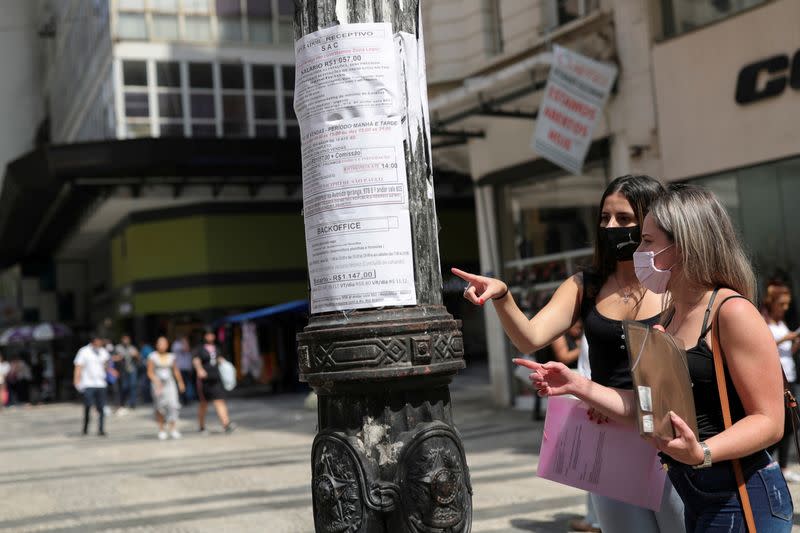 SAO PAULO, March 18 (Reuters) – Unemployment in Brazil recorded in the three months ending in January the lowest rate for the period in six years, favored by the expansion of the labor market in the commerce sector, the agency reported on Friday. IBGE statistics.

Brazil’s jobless rate stood at 11.2% in the three months to January, while the median forecast in a Reuters poll projected an 11.4% jobless rate.

In the three-month period ending in December, Brazil’s jobless task had been 11.1%, according to IBGE.

The number of officially unemployed Brazilians in the last reading reached 12 million, which represents a decrease of 6.6% compared to the previous quarter.

Recent figures from the Ministry of Labor have shown a slowdown in formal employment growth, but the government believes that informal jobs will perform strongly this year following mass vaccination against COVID and the reopening of the economy.