Brazil shows its cards before facing Chile in the “CONMEBOL” qualifiers 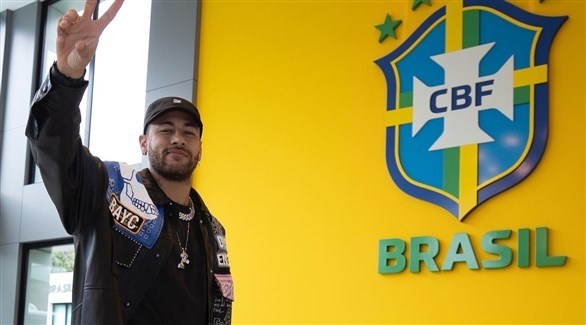 Brazil coach Adenor Leonardo Bacchi “Tite” revealed that Neymar, Vinicius Junior and Anthony will form the “samba” attacking trio during Thursday’s match against Chile in the South American qualifiers for the 2022 World Cup.

Also read:
Fight of five in South American qualifiers for two places in the World Cup

The Brazilian coach showed all his cards before the Chile match at the Maracaná stadium in Rio de Janeiro, and began to prepare his key players for the match, which may undergo at least seven changes compared to the formation that Tite played in the qualifiers Until now.

Ajax Amsterdam’s Anthony will feature for the first time in the Brazil squad due to the absence of youngsters Rafinha and Mateus Konia, as well as the absence of six other players who featured in the 4-0 win over Paraguay last February.

The first training session of the Brazilian team was characterized by the formation of a basic formation made up of Alisson in goal, Danilo, Marquinhos, Thiago Silva and Jerome Arana in defense, Casemiro, Fred and Lucas Paquetá in the middle, and Anthony, Vinicius and Neymar. in attack

Brazil will train on Wednesday night at Granja Kumari, 60 km from Rio de Janeiro, and will then move to the latter in preparation for Thursday’s game at the Maracanã stadium.

The Brazilian team qualified for the World Cup after not losing a match in the qualifiers, giving them 39 points from 12 wins and three draws.