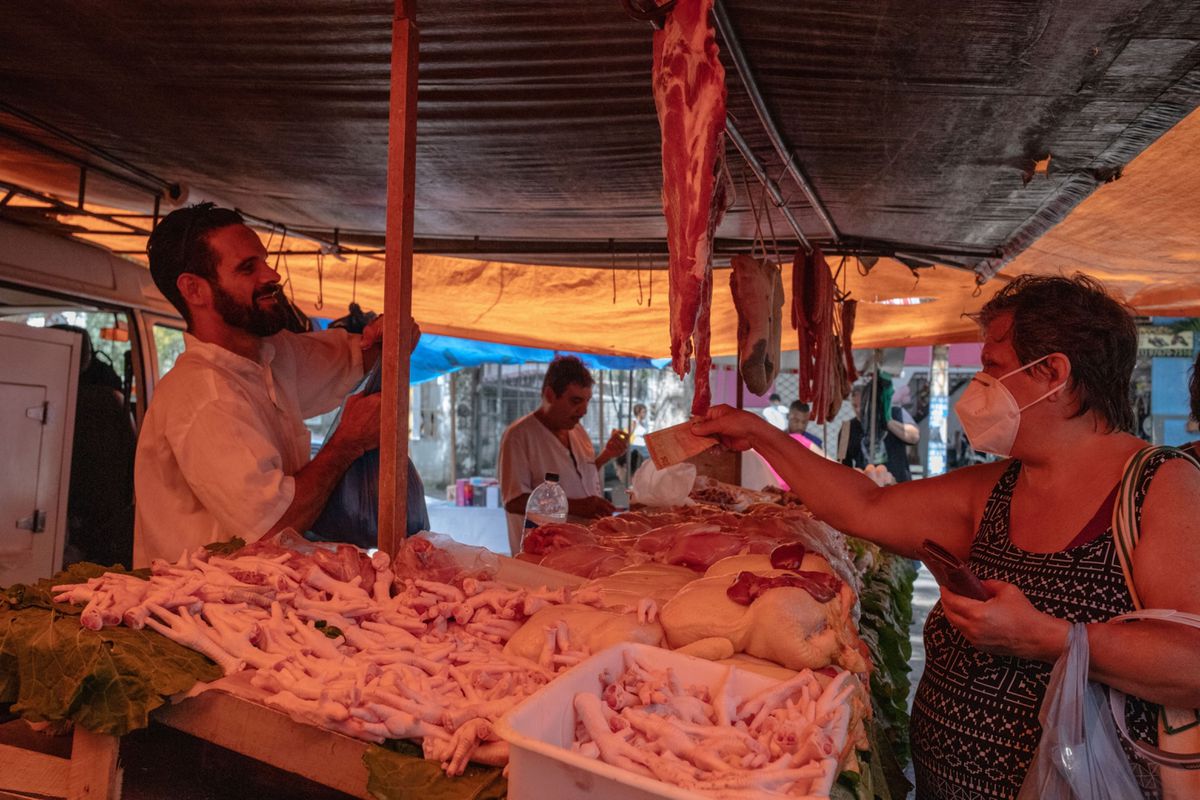 Brazil continues aggressive policies to curb rising prices, which are slowing, although inflation remains high. The central bank hiked interest rates by half a percentage point to 13.75% this Wednesday. It is the twelfth consecutive hike approved following the coronavirus pandemic in what is already the world’s toughest monetary policy cycle against inflation, which is eating away at the spending power of the legions of poor people in particular. The price increase in the first Latin American economy reaches 11.89%, an unprecedented level in two decades.

The Central Bank of Brazil has said in a statement that the rise, bringing interest rates to 2017 levels, is due to “the external environment remaining unfavorable and volatile” and “consumer inflation remaining high”. This rate hike cycle started in late 2020 when rates were at 2%, an all-time low.

The central bank’s monetary policy committee adds that “at its next meeting it will consider the need for a smaller residual adjustment”. That means he’s weighing a fresh 0.25% gain in the Sept. 21 session just ahead of the first round of general elections.

The economy is the main concern of Brazilians, who will elect a president in October alongside the two chambers of Congress, the chambers of state and the governors. Close elections are expected in a polarized and tense environment. President Jair Bolsonaro is up for re-election against his predecessor Luiz Inácio Lula da Silva, who is leading the polls by a comfortable margin that is shrinking. The far-right is managing to close the gap thanks to the mega-package of $7.5 billion in welfare the president pushed through Congress.

Inflation and the economic crisis that have fueled hunger and poverty are Bolsonaro’s brunt in the campaign, although his mismanagement of the pandemic and attacks on other institutions also deepen the lack of support reflected in the polls. Unemployment, which is 9.3%, has steadily decreased over the last year, in which it has fallen by five percentage points, but at the same time the number of informal jobs is very high, it accounts for 40%, that is, there are almost 40 million Brazilians. It is estimated that 33 million people are starving.

Analysts and the market were already betting the rise would be half a point. Brazil’s monetary authorities have spent months using ample artillery to curb inflation. Brazil, which buried hyperinflation in the 1990s, is returning to the nightmare of seeing prices soar in the blink of an eye, although it is by no means matching the pace of those years.

The biggest increases are in fuel and food. Supermarkets have reduced their range of products in order to focus on the customers with the highest turnover. And commenting on how much this or that product has increased has become one of the topics of everyday conversation.

The inflation target set by the central bank for this year 2022 was 3.50% with a range of one and a half points above or below. But like the rest of the world, the combination of the impact of the pandemic, the war in Ukraine, the slowdown in China’s economy and the recession in the United States have shattered any forecast. Now analysts estimate it will be around 8.5% by the end of the year, down from the 10.06% recorded in 2021 but well above the last few years.

Fears that Brazil’s president will not accept a narrow defeat at the hands of the Labor Party leader are also a nightmare scenario for investors, one of them, Verde Asset’s Luis Stuhlberger, told a business meeting this morning. reports Folha de S. Paulo. According to Stuhlberger, a 51% win for Lula with 49% for Bolsonaro is currently the biggest risk for the Brazilian market. The current president has been raising the specter of possible fraud for months, while at the same time criticizing the electoral system, although no irregularity has been found.

Election polls show that a large proportion of voters blame Bolsonaro for the poor economic situation. For this reason, the leftist Lula spent the entire pre-campaign remembering the bonanza that marked his mandates thanks to Chinese demand, which allowed him an ambitious distribution of wealth. The PT candidate now prefers to focus on the memory of those golden years of prosperity, ignoring the economic crisis and the mistakes of Dilma Rousseff that plunged Brazil into recession.

Lula has announced that if he wins, he will appoint an economy minister who is a tech-savvy politician, not a technocrat. Lula wants someone who can negotiate with Congress to have more room for manoeuvre.

Rising rates and inflation are weighing on the growth of Brazil’s economy, whose GDP grew 4.6% late last year, offsetting a disastrous first year of the pandemic. For this year 2002, the increase is expected to be much smaller, between 1.2% and 1.5%.

Previous articleThe Good Fight Season 6: Trailer Shows ‘Brooklyn Nine-Nine’ Star in a New Light
Next articleFuel prices add six weeks of decline and have fallen as much as 11% since June