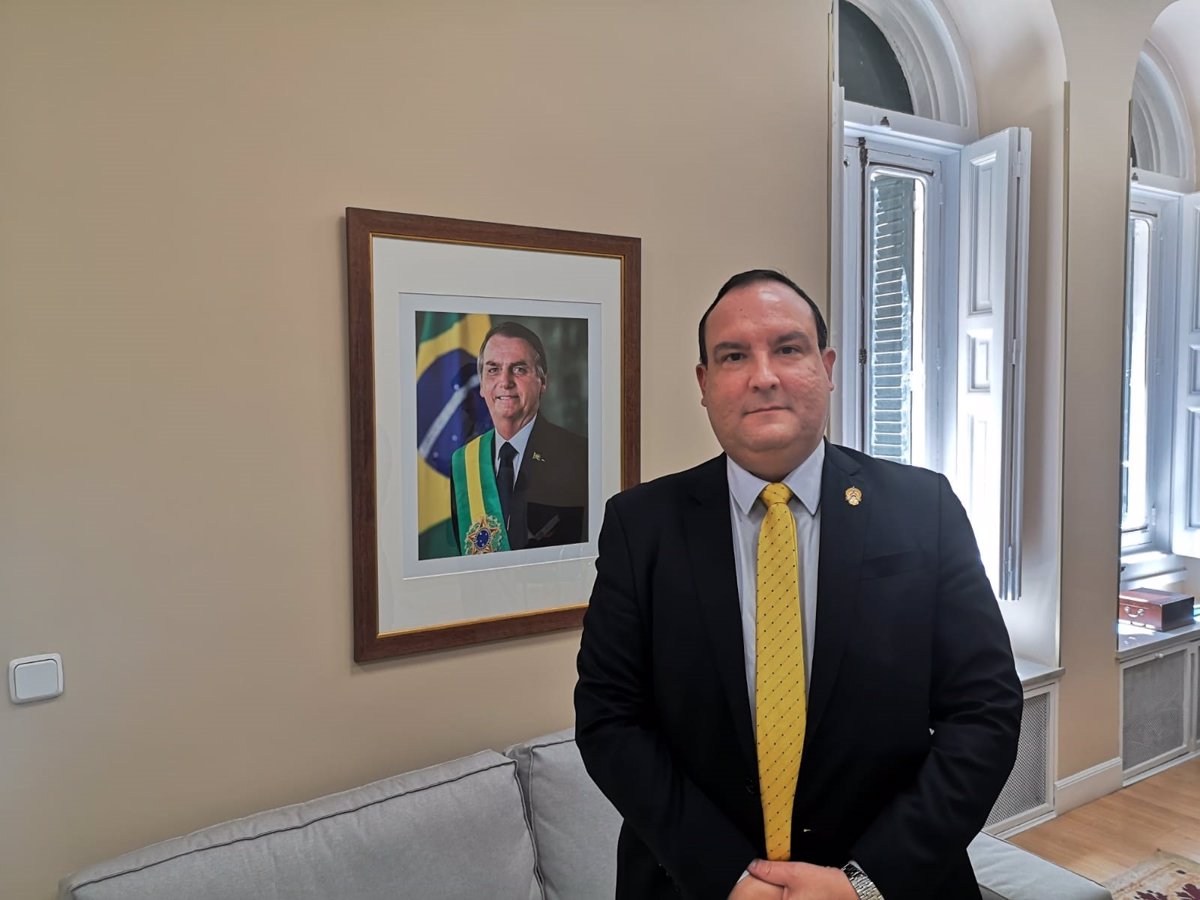 The president of the government’s National Indian Foundation (FUNAI), Marcelo Augusto Xavier da Silva, has pointed out that if the Brazilian government’s indigenous development policies are so attacked, it is because they are questioning “the interests” of those those who have always used these communities as a “manipulative crowd”.

“If an indigenous person wants to create a sustainable development plan in their area that is ecologically correct, why can’t they?” asked Da Silva, who has asserted that once these people are “self-sufficient”, they are no longer included under “the interests” of those who have always manipulated them.

“Some are interested in selling the image of the ragged Indian, the humiliated Indian, the lazy Indian,” Da Silva told Europa Press on his way through Madrid to attend the XVI. General Assembly of the Fund for the Development of the Indigenous Peoples of Latin America and the Caribbean (FILAC), which will be held on Thursday 21st and Friday 22nd at the Embassy of Brazil.

Da Silva has defended Jair Bolsonaro’s government’s indigenous political model as “a new format of reality,” away from the traditional “patronage of the state,” which has hitherto treated indigenous people as “incompetent” and “lawless.” .

“We cannot force tribal peoples who want to develop not to do this,” he said, polling those who wanted to take on the role of sole spokesman for a group drawn from a “wide spectrum” of 304 ethnic groups Groups composed and more than 270 languages.

“In this ethnic plurality, it is impossible for a single institution to exist or for some to position themselves as owners of the truth of Brazil’s indigenous policies,” he argued when asked about the numerous criticisms Bolsonaro had received against environmental and indigenous policies within the collectives and groups defending the rights of indigenous peoples.

“I didn’t get the support of many indigenous communities in Brazil and the truth about what is happening in Brazil is not here,” lamented Da Silva, who downplayed criticism of FUNAI workers who organized a strike a month ago to demand his resignation for his policies and words related to the disappearance and murder of Indigenous activist Bruno Pereira and British journalist Dom Phillips.

DISAPPEARANCE AND MURDER OF PEREIRA AND PHILLIPS

In this regard, Da Silva has defended “the promptness” and “the seriousness” with which the government acted upon learning of these disappearances. Both sailed through the Yavarí Valley, one of the most inaccessible areas of the Brazilian Amazon, home not only to the largest concentration of uncontacted tribal peoples, but also the site of one of the largest illicit trafficking routes for commodities and cocaine since Peru en route to Europe.

“The investigation was carried out fairly quickly. The government acted very quickly (…) a total of 300 people were deployed for the search, which was completed in about ten days,” he stressed.

Asked about the lack of staff and resources denounced by FUNAI, he insisted that investments have not stopped growing over the past three years since his controversial appointment became official, amid criticism from indigenous groups and from the rural faction who defended the FUNAI, was applauded agribusiness interests in Congress.

One of the reasons that led to the strike call at FUNAI was the “false” statements – according to a sector of officials – by Da Silva when questioned about the disappearance of Pereira and Phillips. On that occasion, as now, he stressed that they were unaware of this fateful undertaking by the indigenous and the journalist.

“It is important to note that we were not made aware of this expedition. He didn’t even work for FUNAI, he was on furlough. FUNAI did not grant permission and was unaware of the threats he faced because he was not under our service,” he concluded.

The operations, he explained, would be carried out jointly with the police and military, and the permit was processed by a local regional coordinator, the Union of Indigenous Peoples of the Yavarí Valley (UNIVAJA), for which Pereira was working at the time, had claimed.

“The person who issued this permission to enter the indigenous territory was the local regional coordinator of Atalaya del Norte – a municipality in the middle of the Yavarí Valley. She was not accepted in Brasilia. We only found out after the disappearance. This process never came about through the headquarters in Brasilia,” he said.

“This expedition was a very risky activity. FUNAI did not authorize this operation (…). So much so that when I went to take stock of the situation, I asked to see the process and it was done solely by the regional entity,” insisted.

Da Silva explained that FUNAI has 39 regional coordinations and that although they have administrative and financial autonomy, “in the event of a risk, it is considered that the best way to move forward administratively” is with the participation of Brasilia. “That’s what wasn’t done,” he decided.

Pereira had worked for FUNAI for years, but in 2021 he requested an unpaid leave of absence, claiming that the atmosphere emanating from the high levels of that government office was hostile and that not enough was being done to implement indigenous policies to make a difference.

However, Da Silva points out that the internal affairs services were unaware of these complaints and that although Pereira believed that bad practices were being practiced at FUNAI, he should have brought it to the attention of the public prosecutor’s office and the rest of the competent authorities.

Not only the alleged delay of the authorities was criticized by a part of Brazilian and international society. According to Amnesty International, the “cruel” words that President Bolsonaro said during the search caused the greatest outrage.

For Da Silva, Bolsonaro’s statement that if Pereira and Phillips fall in the river, “little will remain” and that “this Englishman was frowned upon” for his work, which was denounced to the “garimpeiros” (irregular gold miners), Expressions for this were “misunderstood by the press”.

“The situation there was very risky. I think the action should have been reported to the grassroots and carried out with police support, not the way it was done,” he said in the same vein as Bolsonaro.

Referring to the criticism Bolsonaro has received for his Indigenous policies, Da Silva has insisted they are the government that has “made the biggest investment” and has wondered why then “many” of the Indigenous communities are participating in the government border with Venezuela They emigrate to Brazil.

“Assuming that Brazil has ‘bad’ indigenous policies, why are they leaving Venezuela for Brazil? Venezuela.

“They are fleeing from hunger (…). In Venezuela they are being expelled (…) and I don’t see international organizations talking about this matter,” he protested.

Previous articleLast minute of the war in Ukraine, live | The EU vetoes Russian gold imports and freezes assets of Moscow’s largest bank
Next articleItalian Prime Minister Draghi misses the target of a vote of confidence