Braves champions open camp with Acuña, Morton but without Freeman 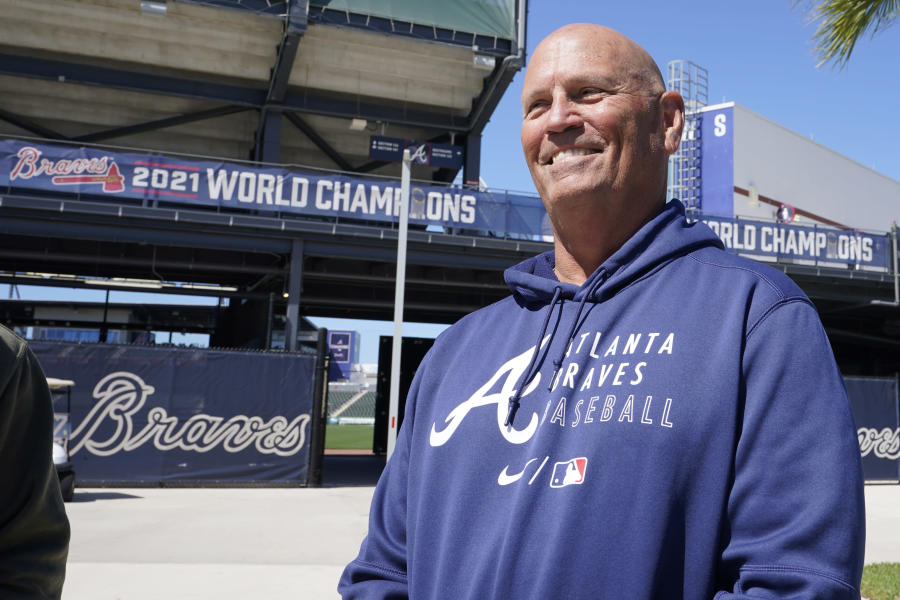 VENICE, Fla. (AP) — Braves manager Brian Snitker stood on the court in front of a banner reading “World Champions 2021,” occasionally looking into the nearby bullpen, where the Series hero World, Charlie Morton, held a parallel session. Around the corner, Ronald Acuña Jr. and Cristian Pache pulled up in dazzling matching gold SUVs and posed for a photo.

It’s been more than a decade since Freeman wasn’t in camp in Atlanta, but the 2020 NL MVP is still a free agent and reportedly being courted by the big-time Yankees and Dodgers.

Snitker texted Freeman shortly after the firewall preventing management from talking to players fell at the end of the lockout Thursday. He’s not sure what his former first baseman will do, and he didn’t ask. He just wanted to talk to an old friend.

“I hadn’t talked to him since we left the parade,” Snitker said. “I just said, ‘Man, I can talk to you now.’

“I was just asking how the family was. There was nothing professional or commercial or anything. Just controlling it. Let’s face it, he’s going to be a good friend for the rest of my life, regardless of what happens professionally.”

The Braves are emerging from the work stoppage with more uncertainty than most. Acuña has been rehabbing from a torn ACL, Morton is back on the mound after breaking his leg in Game 1 of the World Series and Mike Soroka is making progress after re-tearing his right Achilles tendon last summer. .

“I’m ready,” Acuña said on the way to the clubhouse.

Not quite, but the Braves are pleased with his progress. The 2018 NL Rookie of the Year suffered a season-ending right knee injury last July and missed the Atlanta race in October.

Acuna has said he is considering a return to game action in May. The Braves haven’t announced a schedule yet, but Snitker is buoyed by what he heard and excited to see Acuña in action when workouts begin Monday.

Morton had a plate and several screws surgically placed in his leg after being hit by a 102-mph comeback in Game 1 of the World Series. He threw 16 more pitches after that and said Sunday that “it wasn’t until the bone really separated, like I actually felt the bone separate, that’s when I was like, all good.”

The 38-year-old is back to pitching and isn’t too far off his normal spring regimen, though he wanted to gauge his progress a bit more before committing to being ready for opening day on April 7.

Soroka, an All-Star in 2019, hasn’t pitched since early 2020 after tearing his Achilles tendon for the first time. He broke it again last year during the rehabilitation process. Snitker said he is doing well and doctors are encouraged by his recovery.

“I know he’s excited to get back here and start this again,” Snitker said. “But I know a year ago, he probably was too.”

THE RETURN OF VERLANDER

Verlander says he feels great after his first bullpen session in spring training.

The 39-year-old threw about 40 pitches in two simulated innings on the first day of camp in Houston, a positive sign for the two-time Cy Young Award winner as he returns from Tommy John surgery.

New York Mets owner Steve Cohen is unfazed by a new spending restriction in baseball’s labor contract that appears to be aimed squarely at deep pockets.

The contract agreed by owners and players last week includes a fourth threshold for the sport’s luxury tax system for teams with more than $290 million in payroll. Mets outfielder Brandon Nimmo referred to it as the “Cohen Tax” on Saturday.

Asked if his Mets would spend beyond the new threshold, Cohen said, “We probably will.”

“I’m fine with that,” he added. “I am willing to live with it. My point of view was that we have to look at that deal in its entirety: $290 million is a lot to spend. It’s a pretty big limit. I have to live within the confines of baseball.”

THE TWINS ARE IN

The Minnesota Twins took their first significant step in replenishing their starting pitching by acquiring right-hander Sonny Gray in a trade with the Cincinnati Reds.