Boycott of Russian energy is currently not possible 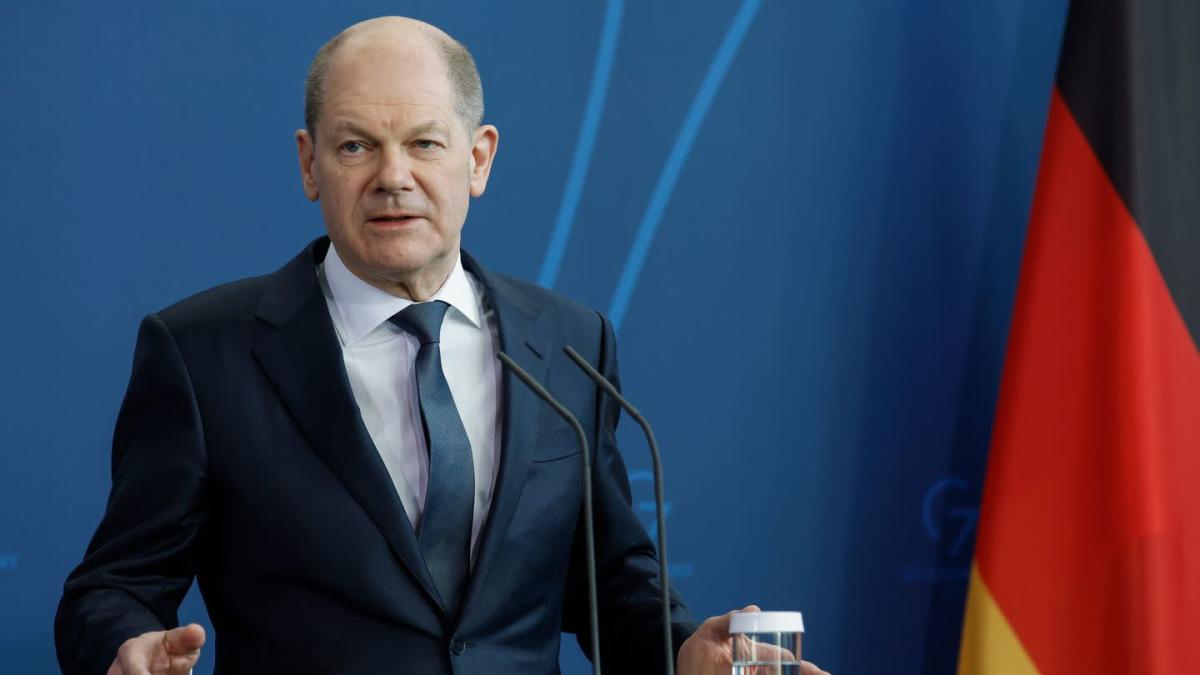 Berlin (dpa) – The federal government sees no possibility of an immediate boycott of Russian energy supplies along the US line.

The United States is an exporter of gas and oil, which cannot be said of Europe as a whole, stressed Chancellor Olaf Scholz (SPD) in Berlin at a joint press conference with Canadian Prime Minister Justin Trudeau. “And that’s why the things that can be done are also different.”

If economic relations in this area no longer function as they have in recent decades, Germany will face short-term challenges that it will have to overcome, Scholz said. Already in December he had commented with those involved that he had to prepare for the situation, “that it would be complicated.” The work has already started.

Alliance of activists calls for the delivery to stop

A broad alliance of experts and activists called for an end to Russia’s supply of gas, oil and coal to the European Union. “We are all financing this war,” says an open letter from environmental activists, scientists, actresses, and political and economic experts to the federal government.

“Every day, as EU countries, we pay more than 500 million euros for the import of oil, gas and coal to Russian leaders.” Germany is one of the largest payers in the EU. “Shut off the money supply to Russian leaders,” the alliance demanded.

Habeck: “Reason no longer reigns” in the Kremlin

In addition to Germany’s ban on Russian energy imports, there is also the possibility that Russia will stop exporting gas, oil and coal as a reaction to the imposed sanctions. “Nothing is out of the question,” Federal Economics Minister Robert Habeck (Greens) said Tuesday evening in an “ARD” approach.

He does not consider an energy embargo by Russia to be reasonable and therefore unrealistic. In the Kremlin, however, “apparently reason no longer rules.” Instead, “decisions guided by emotions” would be made there.

Habeck again urgently warned of the economic consequences of a German embargo on Russian energy supplies. Germany cannot be compared to the US here. Partners there are aware that Germany and Europe cannot impose such an embargo “without risking significant economic disruption.”

union faction: Out of gas via Nord Stream 1

In response to the Russian war of aggression, the Union parliamentary group in the Bundestag called for gas supplies to be stopped through the Nord Stream 1 pipeline. This “would mean a new quality in sanctions,” said the group’s leader. parliamentarian Friedrich Merz (CDU).

In view of Russia’s “massive war crimes” in Ukraine, such an escalation is necessary. “This is a restriction on gas supply from the Federal Republic of Germany that goes along with it. We think we have to accept that given the situation that has arisen there,” Merz said.

Gazprom: demand for gas in Europe has increased

Saxony’s prime minister, Michael Kretschmer, again this morning rejected a Russian gas boycott. “The destructive effect of these extremely high and completely out of control energy prices on the German economy, on the European economy, on all of us as consumers, would be so devastating that this path cannot be followed,” said the politician from the CDU in the ZDF “Morgenmagazin”. If Germany were to withdraw from comparatively cheap supply contracts with Russia, the new contracts would have to be concluded on much worse terms.

Russian energy giant Gazprom said it would continue to supply bulk gas for transit through Ukraine. According to the Interfax agency, Gazprom spokesman Sergey Kupriyanov said that the daily delivery volume on Wednesday was 109.5 million cubic meters, as contractually agreed. Customer demand in Europe has increased significantly.

- Advertisement -
Share
Facebook
Twitter
Pinterest
WhatsApp
Previous articleLive blog on the war in Ukraine: Macron: There is no solution in the next hours and days
Next article“The course we have to follow”: Scholz continues to reject Ukraine’s rapid accession to the EU – politics