Borussia Mönchengladbach and Hertha BSC: two dramas in the Bundesliga 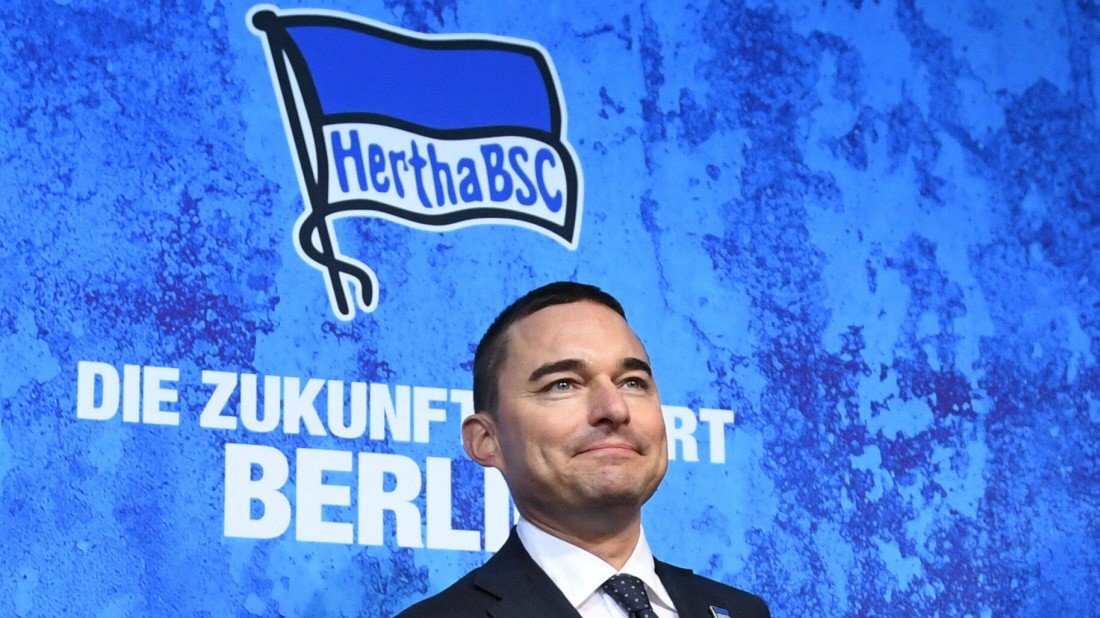 The current issue of the specialized journal is available at newsstands table football, whose cover cannot be beaten in terms of clarity on the one hand and hides a small enigma on the other. The headline revolves around the Bundesliga match between VfL Borussia Mönchengladbach and Hertha BSC on Saturday night and reads: “Need against even greater need.” The arrangement of the photos of the respective coaches, Adi Hütter (Gladbach) and Tayfun Korkut (Berlin), suggests that the table football sees the need at Hertha as greater. But among Borussia fans there is an understandable fear that it has to be interpreted the other way around.

From a purely tabular point of view, the need at Hertha is greater. She is in relegation place with 23 points, four points behind table 13. Gladbach. But football is always a matter of humour, and that’s where things get complicated at Borussia.

The trust of much of the Borussia community in Hütter has eroded. On Saturday he will be absent due to Corona, which is something that nobody would want; but it doesn’t necessarily have to follow that everyone at Borussia is sad because it won’t have any influence. “I will train without access from Adi,” Hütter and Christian Peintinger’s assistant explained. In any case, the Austrian does not have to feel completely alone. Coach Roland Virkus, successor to the recently retired Max Eberl, wants to be very close to the team. Solo: At a joint press conference, it became clear that Virkus and Peintinger perceive important realities differently.

Group dynamics is also a problem for both clubs.

Some Gladbach players had recently more or less openly stated that Gladbach also suffer from the “small group formation” which is quite common in such situations. As soon as Peintinger denied the formation of a faction, Virkus corrected him: “Now let’s be clear: of course there are groups, but not groups that work with each other.” In any case.

Virkus’s statements could be interpreted in such a way that faction boundaries run along language barriers, especially between the strong Francophone faction and the German-speaking faction of the squad. Because it was no coincidence that Virkus said: “I’m going to Spain on vacation, there’s a group of Germans, I don’t speak a word of Spanish, and there’s a group of Spaniards: where is the probability that I’ll sit down? a German. Does that mean I have something against the Spanish? No. I don’t think so. Which brings us almost to Hertha. Group dynamics is also an issue there.

After the debacle against Eintracht (1: 4), coach Bobic spoke for the first time with the squad without coach Korkut, then the team met in the Greek without a coach for the first team night in months, in between it broke out Coach Korkut. He said that he wasn’t worried about his personal future (“Fuck me!”) and, among other things, told the team in harsh terms that they were covered in excrement up to their waists.

Investor Windhorst has long worried about the question of what the Hertha management did with their 374 million euros.

That, in turn, could be transferred one by one to the entire club. As the week began for Hertha, his digestive system still busy from the recent bankruptcy at the weekend, sporting director Arne Friedrich gave up. By midweek, the debate had shifted to the movie.

Magazine sports image came up with the news, long in the making, that a Hertha documentary that was supposedly insane in every respect would not be released for a streaming platform. It was sponsored by Hertha’s Tennor Group investor Lars Windhorst with a seven-figure euro sum. But when Tennor, among other things, discovered that a member of Hertha management had said “on camera in a defamatory and condescending manner about Mr Windhorst as an investor”, as Tennor spokesman Andreas Fritzenkötter put it, the project crashed. away again Which is unfortunate on the one hand, but understandable from Windhorst’s point of view on the other. Because to paraphrase a Spanish adage, having horns is one thing; to also provide the bed, another.

The whole thing became a political issue because Windhorst’s spokesman for the dpa news agency said “something will definitely have to happen” at the May general meeting. You have to know that Windhorst has announced that he wants to talk soon with his teammates: he is a member of Hertha. He has long been preoccupied with the question of what the Hertha management have done with their €374 million since he became an investor in 2020. The most reliable statement comes from CEO Fredi Bobic: “The money is gone.” .

Hertha’s social media department recently asked their followers to speak “Tacheles”. In the case of Windhorst, the presidium and the recently re-elected president Werner Gegenbauer with only 54 percent obviously do not feel comfortable. In response to statements by Tennor spokesman Fritzenkötter, the presidium said a line had been crossed regarding “the autonomy of the club’s highest body”.

The “different points of view” must be addressed and discussed “internally” in the future. Solo: Recently, the Hertha leadership shone through taciturnity. After Windhorst recently published the magazine capital He had confessed that in hindsight he considered his investment of 374 million euros a “mistake”, Hertha wanted to confront him: “We will question it”. Tennor and Windhorst are still waiting for that.

The radio silence is all the more surprising as Windhorst has pledged more money in the past, and Hertha are probably sticky. A current financial report from Hertha BSC GmbH & Co. KGaA indicates that the €374 million company Hertha applied for and received corona aid from the federal government last year, in the amount of seven million euros. This is a grant, not a loan, Hertha explained. In general, it seems that popcorn makers in Gladbach and/or Berlin can expect months of strong sales. Because in both fields there is still a threat of drama in cinemascope format.