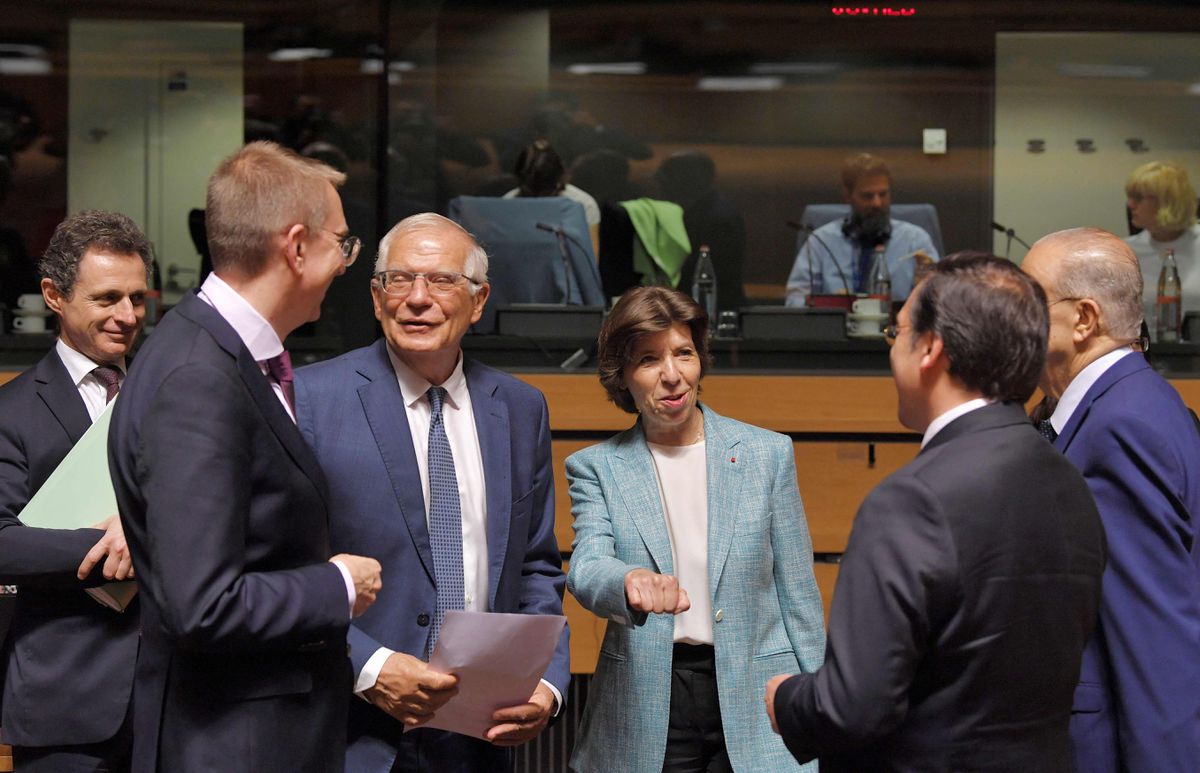 Ukraine, one of the world’s largest breadbaskets, has been unable to export grain at its pre-war pace for months, and the situation keeps the European Union on high alert, whose high representative for foreign policy, Josep Borrell, has accused this Monday to Vladimir Putin’s regime to use hunger “as a weapon” against the rest of the world. “This is a real war crime,” denounced the head of European diplomacy.

The storm around the country caused by the Russian invasion contributes to the formation of a food storm on the horizon with unpredictable effects at other latitudes and with the ability to return to European territory, intensifying like a boomerang: the layers of this storm range from possible famines in in the countries of the Global South to social unrest about the price of bread and the resulting waves of migration or even to conflicts in the medium term.

“It is inconceivable, it is inconceivable that millions of tons of wheat continue to be blocked in Ukraine while people in the rest of the world go hungry,” Borrell added, speaking shortly before a meeting of EU foreign ministers in Luxembourg.

The Russian invasion has left nearly 20 million tons stranded in the country’s silos and ports, blocked and unable to travel abroad via the Black Sea, the traditional route, the fastest and most immediate, to food markets. And with this summer’s harvest just around the corner, the EU fears that there will be no more space to store the new crop in the coming months, or that even Ukrainian farmers will decide to stop planting the land due to a lack of economic prospects.

By the time Russia planted its boots in Ukraine, that country represented 10% of the world market for wheat, 13% for barley, 15% for corn and produced more than 50% of the world’s sunflower oil, according to data from the European Commission.

In recent weeks, Brussels has been considering all possible solutions to reopen the commercial floodgates to Ukrainian grain, including launching a naval mission to escort the passage of bulk carriers from Ukraine through a mine-strewn Black Sea ravaged by being closely monitored by the Russian Navy. The community bloc is confident for the moment that the solution will come with the support of the United Nations and the help of Turkey, a key regional player in the Bosphorus passage crossing.

But the situation at the moment represents a strategic deadlock typical of the prisoner’s dilemma: Russia would agree to open a route for the passage of grain in the Black Sea as long as Ukraine agrees to demin the ports; Kyiv, however, finds the move difficult to accept, fearing that Russia will seize the opportunity to use its warships to advance into the country’s coastal areas, which it does not yet control.

The food crisis has also become the focus of a narrative battle between Russia and the 27, which the EU views with concern: some developing countries hit by grain shortages and falling prices have hit them Russian narrative at face value, according to which the EU Sanctions are the origin of the crisis and the blocking of the flow of food. “Russia is blocking Ukrainian ports, not us,” Borrell replied after the meeting. “Russia is destroying ports and food storage and transport infrastructure, not us.”

Catherine Colonna, foreign minister of France, the country that holds the presidency of this semester’s European Council, spoke in the same vein before the meeting with her counterparts. He has assured that France supports the “efforts” of United Nations Secretary-General Antonio Guterres, who is directing diplomatic channels to open a transit route. And he has assured that it would be “useful” for the agreement to be signed with a UN Security Council resolution. “There are too many risks in keeping Ukrainian grain under lock and key. This is dangerous not only for the Middle East region, but for the stability of the world in general,” Colonna decided. “Russia must stop playing with world hunger.”

The food crisis and the search for ways to export the grain were two of the burning issues on the table of the 27 ministers this Monday. The meeting also served as a warm-up for next Thursday and Friday’s European summit, the last where leaders will meet before the summer break and where the long-awaited “and divisive” debate on granting Ukraine status as a candidate country will take place for the EU after last Friday the European Commission recommended taking the step, albeit with nuances and conditions.

The French minister has assured that Paris also supports this position and extends it to Moldova, which also received the approval of the community board last Friday. “The Commission Opinion assumes that Ukraine and Moldova can be accepted as candidates on the basis of the progress they have made and accompanied by a future roadmap. That is also the position of France,” he assured. “It’s a political and strategic imperative, but also a moral one.”

For his part, Borrell did not want to give any indication of this debate: there are a good handful of countries against the candidacy (such as Sweden, Denmark, the Netherlands or Portugal) and some skeptical voices, such as Austria. “Heads of state and government need to discuss this,” the High Representative clarified. “I can’t predict the results, but I haven’t heard anyone speak out against it.”