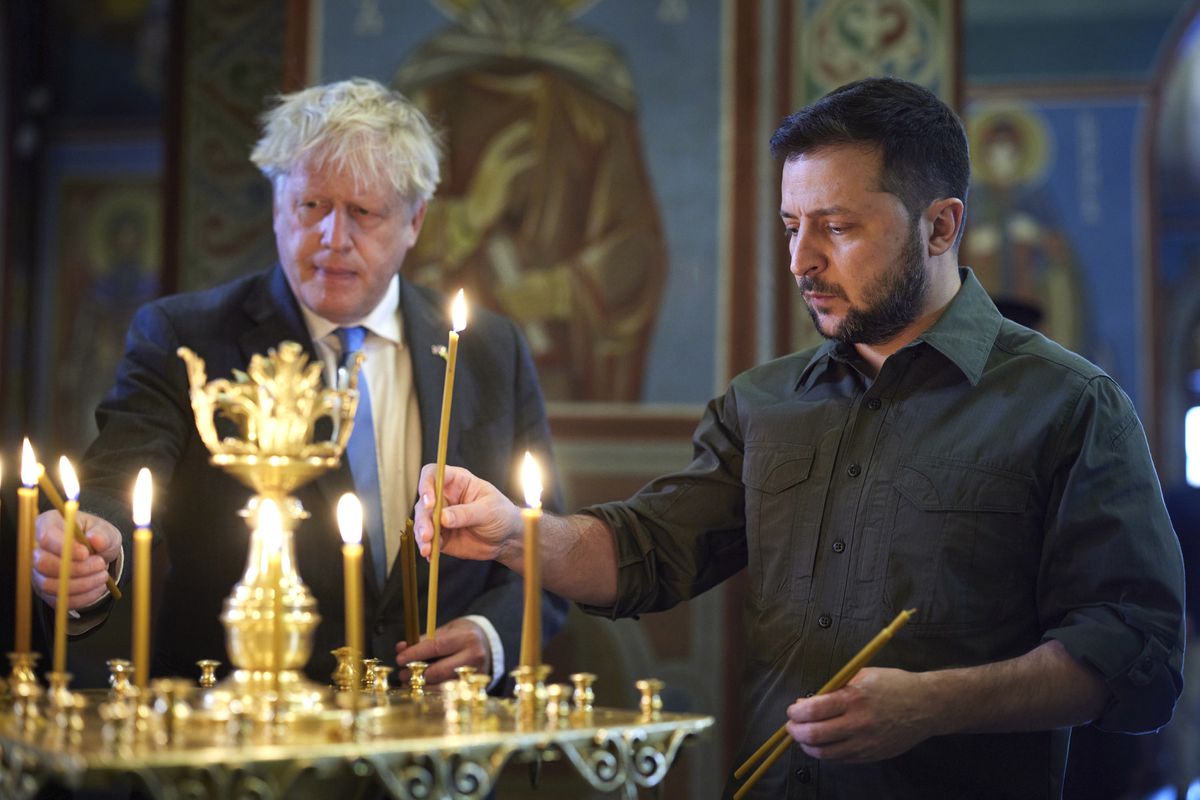 Boris Johnson paid a surprise visit to the capital of Ukraine for the second time this Friday. The British Prime Minister has met Ukrainian President Volodymyr Zelensky in Kyiv, the same day the European Commission announced its support for the country’s EU bid. Just 24 hours earlier, the leaders of France, Germany and Italy traveled together to the war-torn city to show their support for Ukraine’s aspirations to join the Club of 27. Johnson countered Brussels with a threefold and only disguised goal: to distance itself from the EU in international politics; reinforcing a tough message towards Moscow while raising suspicions that some concessionary European countries are seeking a quick peace; and expand his image in a statesman’s house in the very low hours of his popularity.

A comment full of cruelty and suspicion has been circulating in British political gossip for months: Every time Johnson is overcome by his internal problems, he takes Zelenskyj for a walk. The military, diplomatic and political efforts of the UK government to support the Ukrainian people are undeniable, in the form of defensive war material, training programs for its soldiers, humanitarian assistance and legislation and sanctions against the Russian oligarchs who support the regime of Vladimir Putin. This Friday, Prime Minister Zelenskyy pledged to double military training aid to speed up the response to Russian aggression. Since 2015, the British Army has trained more than 23,000 soldiers on weapons sold to the country and war tactics.

“My visit today, in the heat of this war, aims to send a clear and simple message to the people of Ukraine: Britain is with you and we will stand by your side until you finally win,” Johnson said in Kyiv. “That’s why today I offered President Zelenskyy a new and comprehensive military training program that can change the equation of this war by harnessing the most powerful force of all: the determination of Ukrainians to win,” the First Minister announced.

Johnson has in recent days hinted, without direct allegations, that high prices for oil, gas, grain and even agricultural fertilizers could lead some countries to pressure Kyiv to strike a peace deal with Moscow. “I know some are arguing, not in this country but perhaps elsewhere, that the price of helping Ukrainians is becoming too high and that we should encourage them to give in to pressure from Putin,” the British Prime Minister said last week. June 9th during a visit to the city of Lancashire. “I don’t think we can consider that option. Not only because it would be morally reprehensible to abandon the Ukrainians. They are the victims and have the absolute right to defend a free and independent country,” he said.

Joseph Oughourlian, President of PRISA: “It’s time to look to the future with enthusiasm and ambition”