Boric’s party spokeswoman on a new constitution: “It’s a challenge for the whole of society and the whole state” 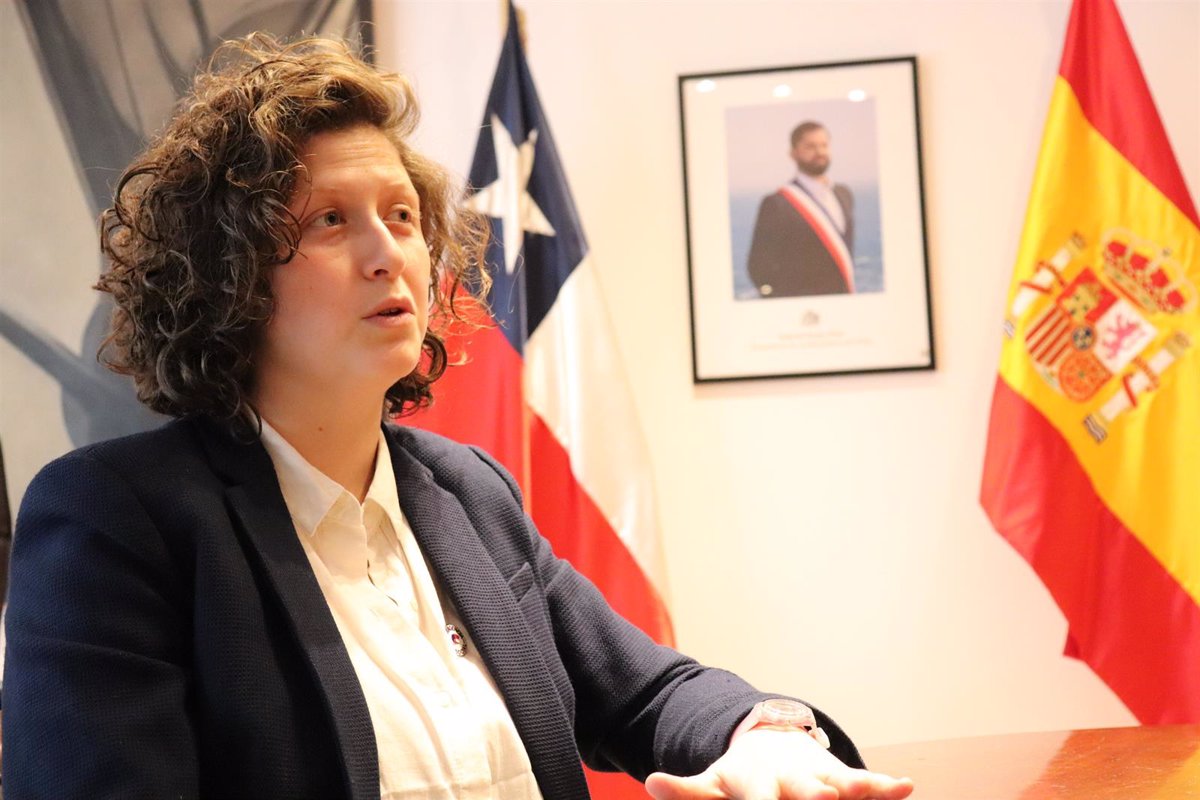 He defends that despite rejecting the establishment in 2019, the President distanced himself and supported the agreement for social peace

stresses that during the social outburst, citizens “have taught the political class a lesson”.

Ximena Peralta, spokeswoman for social convergence, Chilean President Gabriel Boric’s party, stressed Monday that the implementation of a new constitution in the country is a “challenge for society as a whole and for the state as a whole,” stating that the draft “has a general framework that shifts the paradigm and enshrines rights”.

In an interview granted to Europa Press, she stressed that the popularity of the constitutional convention was “on the rise again” and said she was certain that “with the progress” that the new Magna Carta will bring, this approval “will continue to increase”. “. .

“I believe that the various state bodies will commit themselves to its implementation. (…) It is a constitution that looks to the future,” he explained, before admitting that the country does have a Congress that “fragments and confronted, without a static and stable majority”, there is an “opportunity to start dialogues and reach broad agreements”.

In this sense, he pointed out that “there are people who are against the work of the Convention”, but there are also people “who consider it important that, in their opinion, the Congress should not interfere in order to limit the autonomy of the Convention Convention to ensure institutions”.

For them, the project is “exemplary” because “it shows that the institutional framework must allow room for structural changes”. Thus, he recalled that “citizens in Chile taught the political class a lesson by protesting and making a constituent process viable” during the so-called “social outburst” that took place between October 2019 and the end of 2020, when thousands of people they took to the streets to demand more social justice.

“It is healthy to talk about how we want to live together in society, this conversation is very positive and has served as a moment of encounter in Chile,” he insisted, stressing that this is a process “that is not yet finished still”.

“The reading we are making as a party is that the social outburst is a moment when a citizen’s malaise comes together, which has to do with many things. (…) It is malaise that is being articulated and must have to do with the exhaustion of the system, with a system that does not distribute welfare and a democracy that is not considered legitimate by society,” he continued.

Delivering the final version of the proposed constitution on July 4, Peralta clarified that the new Magna Carta is “very strong on social and fundamental rights.” “I think it will be an incentive for politics, legislation and government action in general to further deepen democracy and the rights that are due to us,” he added.

Furthermore, he has indicated that “this new constitution is unlikely to be fully implemented during Boric’s government”, which he believes is due to a “key” moment for a first implementation.

On the other hand, it has ruled out that the constitutional convention is exclusively enshrined in other constitutions. “Neither a copy nor a copy,” he assured, before pointing out that the “matrix” of the text was “the social and democratic state of law, the tradition of the welfare state, fundamental rights, social rights and a state” to deepen the Democracy”.

Peralta, who has lamented that Chile is “a very unfair country,” defended Boric’s actions in 2019 when he backed the controversial Social Peace Accord and new constitution, a text that did not have the support of the formation by he considered it to be “inadequate”.

“In the midst of the 2019 revolt, we had a very in-depth debate about how best to get our political demands through and achieve the world we dream of, and it was precisely within the context of that revolt that the opportunity arose, the protests were so structural that we realized we needed a system change, a change in approach,” he said.

In this regard, he stated that “the possibility was given to begin the constitutive procedure, which is coming to an end”. “Our party had a debate on the signing of an agreement leading to constitutional reform and it was a moment of great tension in the debate. Indeed, there are people who have been marginalized, but given what has continued to happen, I am convinced that it was appropriate to support this agreement,” he said.

Boric’s appearance allowed, in his opinion, something “fundamental for Chile: to give us a new constitution”. “It has made it possible to promote a new constitution from a blank sheet of paper with an entry vote and an exit vote (…) and not just a series of amendments,” he added.

“Boric was very much at the center of the political debate because he took a risk, which also has to do with the nature of the new left, it was a real bet,” stressed the Chilean politician, who insisted “yes, ( Boric ) did well to sign him.”

Referring to the figure who became the youngest president in the country’s history in March, he said he was “one of the founding fighters of the party,” which is a “new, agile, young formation of a renewed left.” .

“I hope that we will achieve a resounding result in favor of the Constitution. (…) Perhaps the most important thing is to achieve a new conception of rights that belong to all of us alone to inhabit a country,” he explained.

The Chilean lawyer has warned that Chile is “a very unjust country” and reiterated that said injustice “is very pronounced because the fundamental rights of Chileans have been commodified”.

“Access to health, education, housing… Our society is chronically indebted because there is no public sector to address these needs. We have to change our country structurally so that our well-being does not depend on our wallets, and there are also other challenges such as the climate emergency, which is already hitting Chile very hard,” he said.

He also highlighted the great centralization that exists in Chile: “Almost all power resides in the capital and it is distributed very unequally, which has led to a lack of control.”

“The commodification of rights is owed to the model of state that dictatorship established and which has largely deepened in the years since, as democracy returned in the 1990s and was institutionalized by the 1980 constitution, which we seek to change.” he specified.

The spokeswoman for social convergence, who felt that the president “managed to embody positively the challenges and hopes for change that we have in Chile” during his first 100 days in government has hers “Hope” shown before the referendum of the next September 4th.

He also praised the way the government is dealing with the crisis in the Araucanía region, where violence has increased. “The most important change in vision is that it is now a general, comprehensive social policy and not just a policing policy as we have seen in the governments of the last 30 years,” he stressed.

“In the midst of this conflict there are things that no longer have anything to do with the Chilean state or the Mapuche people, but are more directly related to criminal networks and timber theft, which has exacerbated this conflict. These are criminals who take advantage of the fact that there are people who see these areas as no man’s land,” he warned.