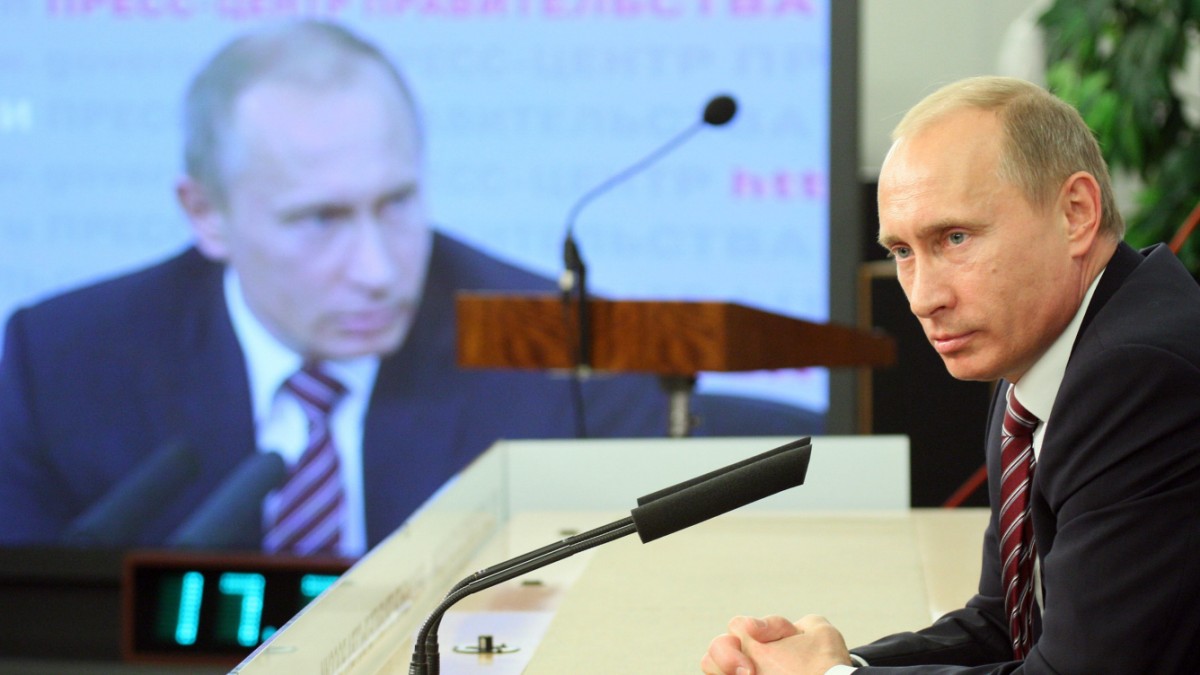 What drives Vladimir Putin? How has Russia changed the president of the Kremlin since 2000? What else does he have in mind for this vast empire? Many people have wanted an answer to these and many other questions no later than February 24, when the war of aggression against Ukraine began. Long before the war, which no one could or wanted to imagine, scientists, historians and journalists were dealing with Moscow politics and writing intelligent analyzes about it (of course, some perhaps not so intelligent analyzes were also included: there were the so-called sympathetic Putin not only among politicians quite a lot, also advertisers were among them).

On the page “The Political Book” of Süddeutsche Zeitung many of these books have been reviewed in the last five years, at this point we would like to re-introduce the five most recommended. Here you will not find concrete answers either, but you will find many pieces of the puzzle from which you can put together a picture, to at least get an idea of ​​what is happening in the Kremlin.

The American journalist Joshua Yaffa has not written an explanatory analytical book on Russia, but seven books in one very big one. The reporter described seven personalities: “Immensely proud and brilliant men and women who believed that the best or only way to realize their visions was to come to terms with the state.” These are people who have no illusions about the true nature of the state, prefer to swim with the current rather than against it, seek freedom and loopholes, who know how to use the rules and at the same time circumvent them. In short: many are balancing their own goals against the requirements of a repressive state, and an uprising against the system is not expected.

A large-scale report about the country, politics and people, told in a colorful and exciting way.

Angela Stent, an American political scientist and former adviser to the US government, has presented a classic analysis of Russian foreign policy since the end of the Soviet Union. She presents a broad overview of Russia’s relations with Europe, NATO, Ukraine, China, Japan, the Middle East and finally the United States of America. Stent also explains how the construction of an external enemy – be it the United States, NATO or Ukraine – has always served to consolidate Putin’s rule at home. Furthermore, Ella Stent testifies that Russia has an ever-virulent “urge” to expand and claims that Russia has never “accepted territorial losses” in history.

A good start from an American perspective, with a strong focus on the Kremlin’s foreign policy. The country and the people hardly appear.

The Russian-American publicist Masha Gessen tries to connect two threads of history. Her book mainly follows the life stories of four young Russians who were born when a democratic rise was prophesied for the country and whose hopes were later dashed. The story is based on the theory that Putin long ago established a regime in Russia that is here classified as totalitarianism. Therefore, in the English original, the title is: “The Future is History: How Totalitarianism Won Russia Back.” Although this model remains vague in the end, a discussion of the central explanatory models of the social sciences and humanities for Russia’s development in recent decades is provided here almost in passing. Gessen received the 2019 Leipzig Book Prize for European Understanding for the book.

Strong analysis from a true Putin insider, and brilliantly told.

Manfred Quiring, Moscow correspondent for many years world and excellent knowledge of Russia, painted a very ugly picture of Putin’s world five years ago. After the annexation of Crimea in 2014, he portrayed the president as the ruler of a secret service state in which power and the mafia are inextricably entangled, as a single-minded destroyer of democracy at home, using fear and violence internally and externally to pursue Russia’s plan to restore imperial power. NATO’s eastward expansion also plays a central role in Quiring: here it becomes particularly clear how wrong Putin is about his claims.

An accurate analysis with a clear attitude.

In his essay, Reinhard Krumm, Eastern European historian and former Russian correspondent, attempts to focus on Russian society since the tsarist empire. Convincingly arguing against the cliché of an ever-passive Russian society, Krumm shows how this society repeatedly fought for freedom at different times, for example towards the end of the 19th century in the Czarist Empire or during the “thaw” period under Khrushchev.