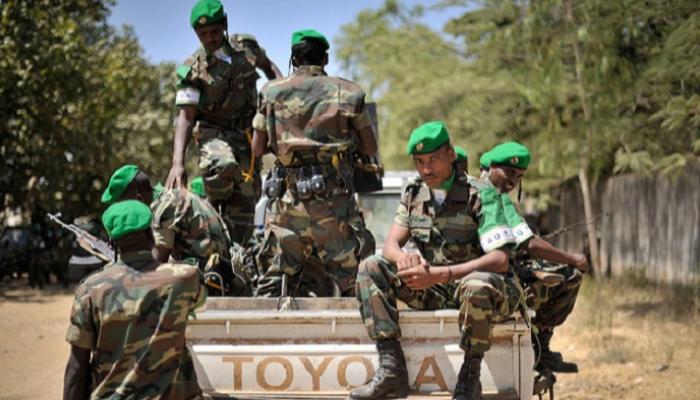 A series of terrorist attacks, including two explosions, one in Mogadishu and one in Hiran province, as well as a direct attack on an AMISOM military base, and while a terrorist element surrendered to the Somali army, Al-Shabab continues with his terrorist campaign. attacks

In the first incident, at least one Kenyan soldier was killed and others wounded in a direct attack by Al-Shabab, loyal to Al-Qaeda, on a base of African AMISOM forces in southern Somalia on Saturday.

According to Somali media, Al-Shabaab militants launched a direct attack from several directions on the base of the African peacekeeping forces in Somalia in the town of Tapto, Lower Juba Governorate.

Kenyan AMISOM forces repelled the attack and forced the militants to withdraw.

In another context, Al-Shabab attacked Ethiopian forces belonging to AMISOM in the city of El-Gal, Hiran Governorate, in central Somalia.

The losses resulting from the attack are not yet known.

Al-Shabab claimed responsibility for the terrorist attacks, while the Somali security authorities and AMISOM did not comment on these rapid security gains.

Meanwhile, according to official media, a leader of the Al-Shabab terrorist movement has surrendered to government forces in Baidoa, named Mawlid Muhammad, and has declared his abandonment of the extremist ideology.

Moulid was a member of the Al-Shabab terrorist movement five years ago.