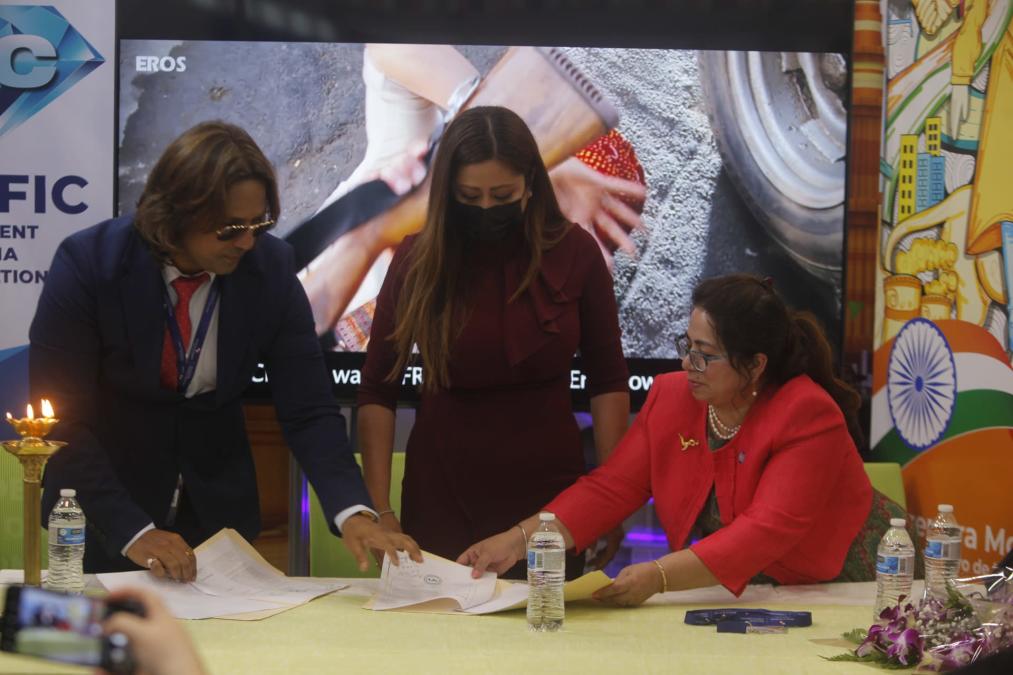 Panama City, March 23 (EFE).- Bollywood, the Indian film industry, will record five films in Panama thanks to an agreement signed this Wednesday in the Central American country with a major Indian production company.

The agreement was signed between Sharan and the representative of Eros International and Eros STX Global Corporation Limited —the largest producer of Bollywood—, Dolly Kaur.

“It is important that a company like Eros participate and come, because Latin America still does not have much representation from Bollywood,” Kaur told Efe.

The company of the agreement took place within the framework of Expocomer, considered the most important commercial showcase in Central America and inaugurated this Wednesday, in an event in which the Ministry of Commerce and Industries (Mici), Eros International and Sharan were present.

The first film to be shot will be “Borders Without Life, The Immigration Files,” which highlights the importance of living together in one’s own nation, “educating about the difficulties and problems of transcending any border in illegal situations,” as explained at the event.

The recording of the films will begin next May and will include the participation of Panamanians and foreigners, according to Sharan.

“In the first film, even if it’s very early, we have the idea of ​​not only bringing in from outside but also having Panamanians participate with us,” explained Sharan.

The agreement signed this Wednesday has the support of Mici through the head of the portfolio, Ramón Martínez, as well as the director of the Panama Film Commission, Essie Mastellari, and the national director of Investments and Promotion, Richard Kilborn. It is not specified when the other four films will be filmed.

Eros International is one of the most important distributors of products and films in India, a branch of ErosSTX Global Corporation, a multinational listed on the New York Stock Exchange.

The multinational has already been to other South American countries, and, through this agreement in Panama, it will be the first time it arrives in Central America, according to Efe Kaur.