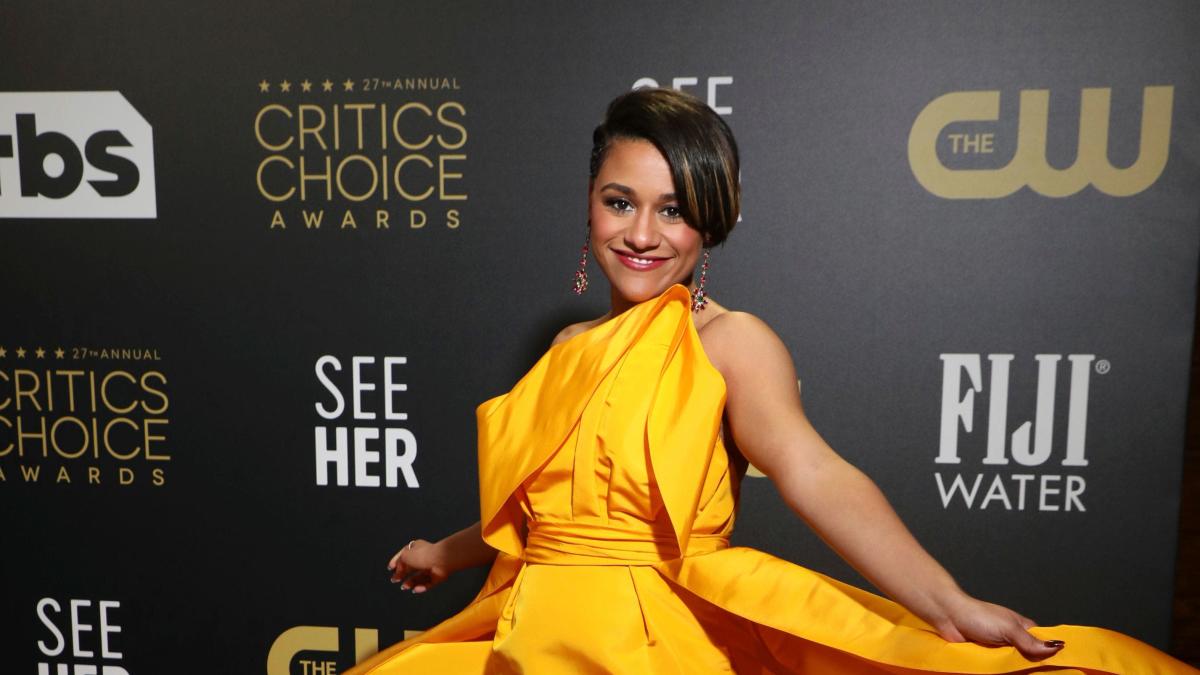 Ensembles of all shapes and sizes graced events in Los Angeles and London, while Hollywood stars continued to enjoy the return of in-person ceremonies.

Ariana DeBose continued both her awards show success and her streak of stunning gowns with a Carolina Herrera one-piece in sunflower yellow.

The star, who won best supporting actress for her portrayal of Anita in West Side Story, paid tribute to Rita Moreno, who played the same role in the original 1961 film, who, she said, “made room for me to prosper by your side.

Moreno, who was also nominated for a best supporting actress award at the CCA, wore a floor-length cream and gold dress with a large ruffled bodice and matching cream gloves.

The screen and stage veteran also opted for large turquoise and silver earrings and a gray pixie bob hairstyle.

The House Of Gucci star, who was nominated for best actress at the CCAs, also wore a black lace shrug over her shoulders.

Tennis star Serena Williams made a stunning appearance alongside her sister Venus as they attended the event alongside best actor award winner Will Smith.

The sisters presented the award for best drama series and thanked the cast of King Richard for the “perfect” portrayal of their family.

The couture piece was decorated with glittery silver embroidery.

But not all the stars who arrived chose to follow the red carpet.

Halle Berry, who received the CCA SeeHer Award, opted instead for a black Dolce and Gabbana suit with a white corset-style top.