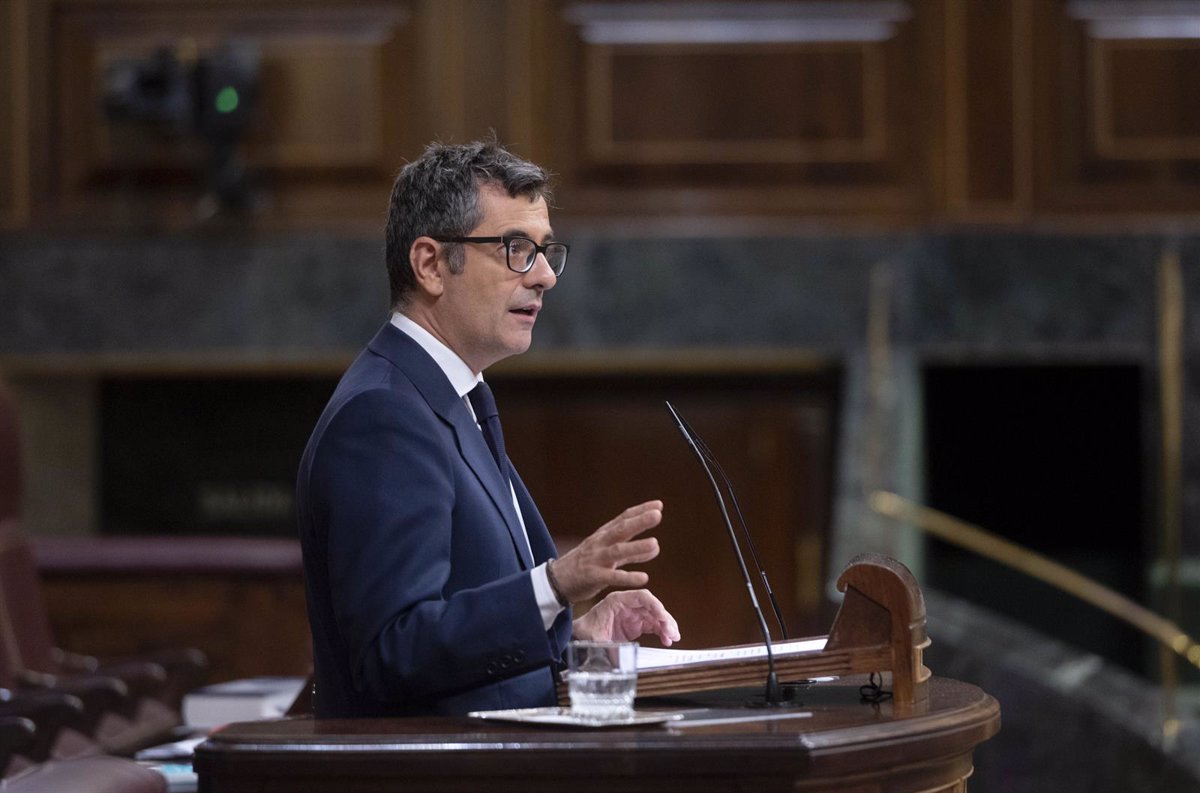 The Minister for the Presidency and Relations with the Courts, Félix Bolaños, announced this Thursday that he is confident that the changes in the speakers of the PSOE and the Socialist Group in Congress will help reinforce the party’s message in the face of the “deafening” noise from the right.

These changes will not become official until this Saturday during the celebrations of the federal committee – convened after the resignation of the party’s “Number 2”, Adriana Lastra – but it has already been confirmed that the education minister will fill Pilar Alegría, the party’s spokesman and that former Lehendakari Patxi López will be the PSOE vote in the House of Commons, replacing Felipe Sicilia and Héctor Gómez respectively.

“From September, all voices and all power will be there to communicate what we intend to do, that the PSOE is committed to making life easier for citizens, and that citizens will occasionally deal with the deafening noise that the right is trying to make around that to make the whole country suffer, sometimes they don’t explain themselves enough,” he said in an interview with Radio Nacional collected by Europa Press.

In the words of Bolaños, the right has no project or alternative and therefore “needs a lot of noise” so that the government and the PSOE are not “able to explain everything to the public” that they are doing.

Referring to Alegría and López, the President stressed that they are “two colleagues with strength and a socialist discourse beyond doubt”. “They are very capable,” he stressed.

On the other hand, on the health of the coalition government, Bolaños has stressed that it is “stable” and that despite differences that must be settled with “normality”, they share a common goal of protecting the middle classes.

Furthermore, he downplayed the importance of the recent CIS poll in which the PP outperformed the PSOE for the first time, assuring that it was not committed to “electoral campaigning”.